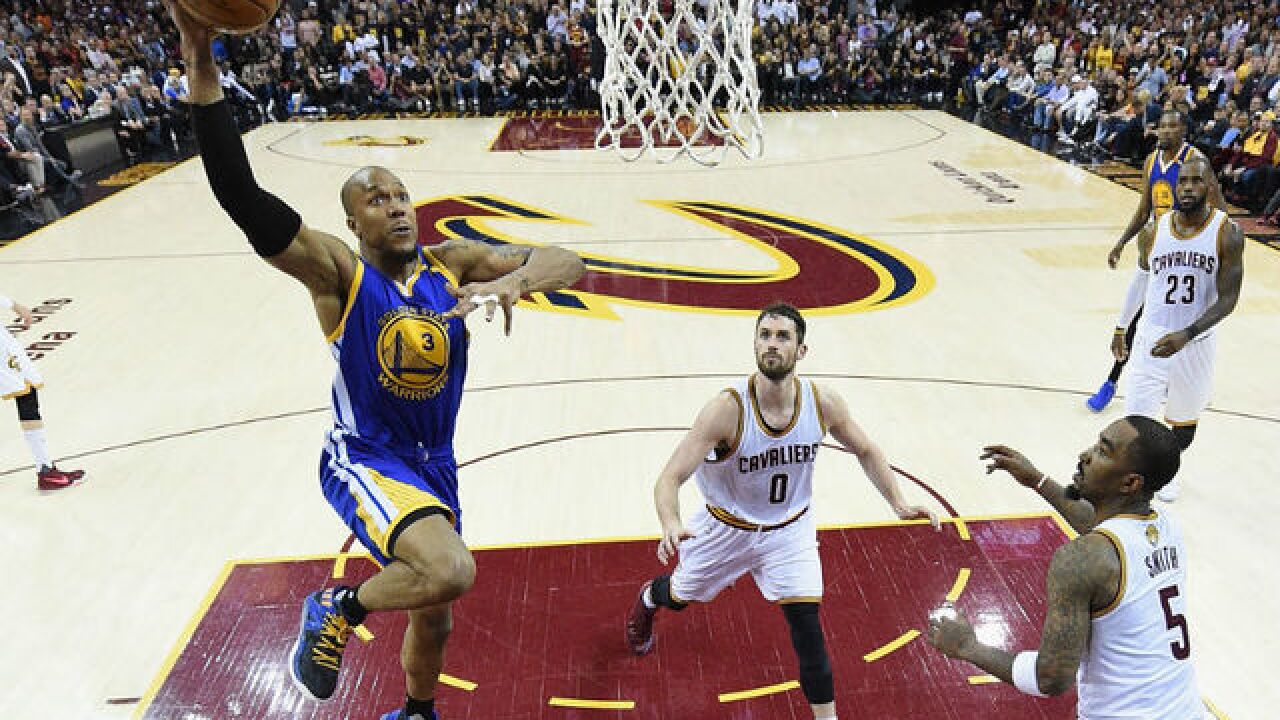 Image copyright 2017 Getty Images. All rights reserved. This material may not be published, broadcast, rewritten, or redistributed.
Kyle Terada - Pool/Getty Images
<p><span style="color: rgb(26, 26, 26); font-family: "Helvetica Neue", Helvetica, Arial, sans-serif; background-color: rgb(247, 247, 247);">David West goes up with the ball against Kevin Love #0 and JR Smith #5 of the Cleveland Cavaliers in the second half in Game 3 of the 2017 NBA Finals. (Kyle Terada - Pool/Getty Images)</span></p>

West, 38, is a two-time NBA All-Star who won two championships with the Golden State Warriors during his career. He also played for the New Orleans Hornets, Indiana Pacers and San Antonio Spurs.

Some consider West to be Xavier's greatest player ever. During his time at XU, he won three Atlantic 10 Player of the Year Awards, was the 2002-03 consensus national player of the year and a first-team All-America selection. He racked up 2,132 career points and 1,308 rebounds for the Musketeers.