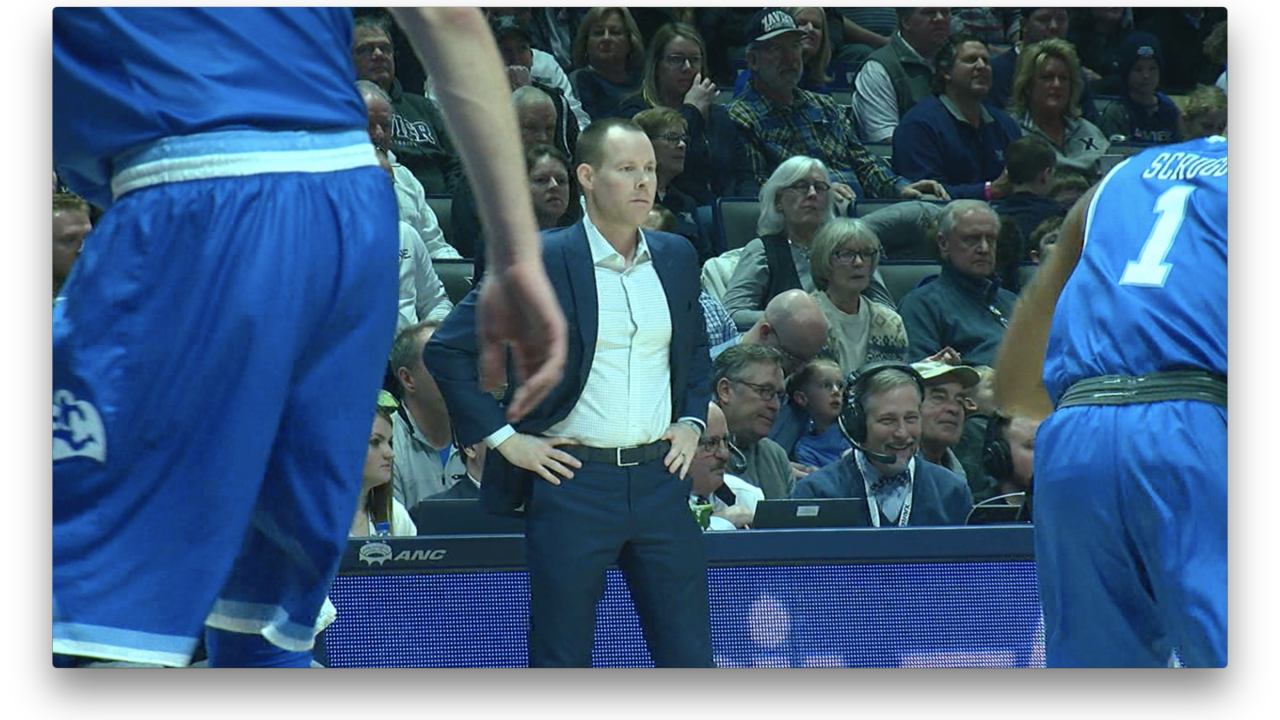 CINCINNATI (AP) — Naji Marshall scored 17 points and Xavier used a big surge in the second half to rally past No. 17 Villanova 66-54 Sunday, leaving the Wildcats with three straight losses in Big East play for the first time since the conference was reconfigured.

View all (8)The Musketeers (15-13, 7-8) won their fourth straight — matching their season high — and ended their run of lopsided losses against the Wildcats. Villanova (20-8, 11-4) had won five in a row against the Musketeers.

Marshall had seven points during a 17-0 run that gave Xavier its first lead midway through the second half. Marshall has been the catalyst during Xavier's winning streak, averaging 20.5 points.

Villanova struggled to hit shots during back-to-back road losses at St. John's and Georgetown, and it carried over. The Wildcats missed 11 consecutive shots during Xavier's decisive run and were only 4 of 18 from beyond the arc in the second half.

Phil Booth had 12 points in the first half, when the Wildcats led by as many as nine points. Their 30-27 halftime lead ended a streak of three straight halves allowing at least 40 points. Booth made only one of his eight shots in the second half and finished with 14 points.

Marshall hit a floater and a 3-pointer as Xavier got its first lead, 49-44, midway through the second half and started its decisive run.

The Wildcats will plummet after their 85-73 loss at Georgetown on Wednesday — the most points they'd allowed this season — and the 12-point loss at Xavier. They've been ranked for six straight weeks.

Villanova: The loss to Xavier is telling. The Wildcats have won 11 of 13 since both have been in the Big East — the conference was reconfigured for the 2013-14 season. Their only other loss to Xavier during that span was 90-83 at the Cintas Center on Feb. 24, 2016, when Villanova was ranked No. 1.

Xavier: The winning streak has pulled the Musketeers out of the Big East basement and moved the defending regular season champions up to a tie for fourth place.