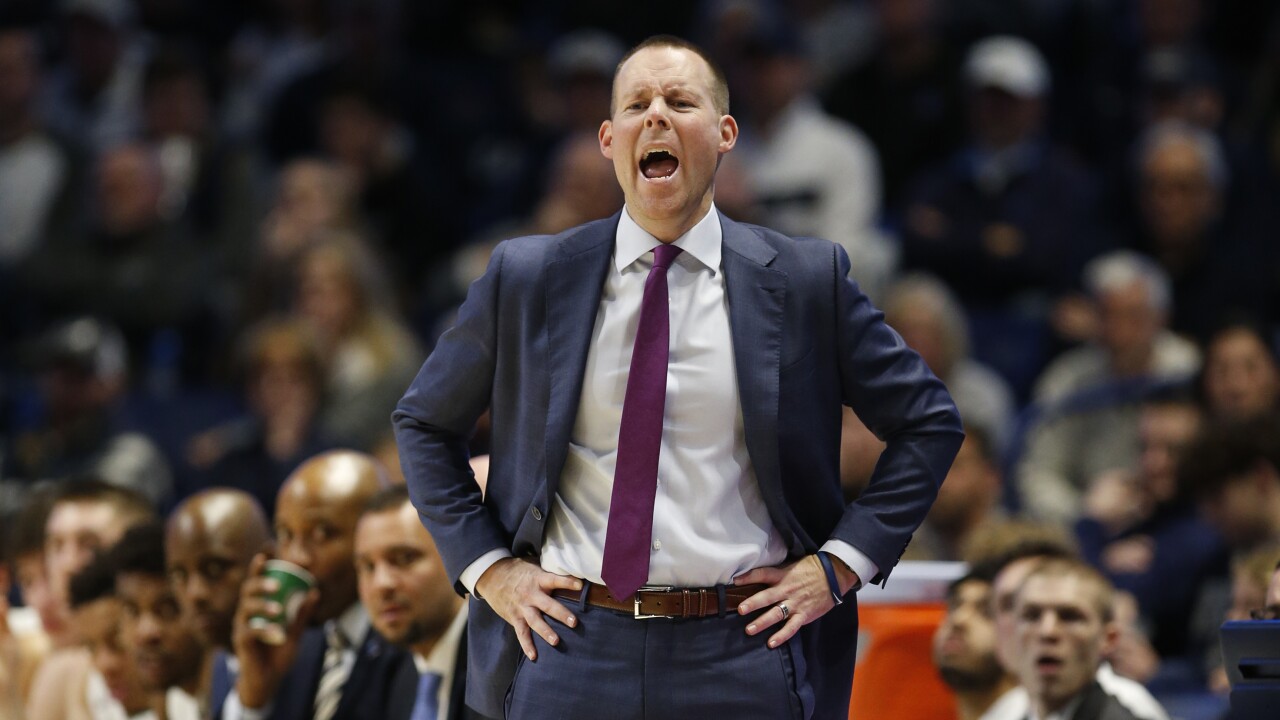 (Copyright 2020 The Associated Press. All rights reserved. This material may not be published, broadcast, rewritten or redistributed.)
Gary Landers/AP
Xavier head coach Travis Steele directs his team during the second half of an NCAA college basketball game against St. John's, Sunday, Jan. 5, 2020, in Cincinnati. Xavier won 75-67. (AP Photo/Gary Landers)

Paul Scruggs had 16 points to lead the Musketeers (17-9, 6-7 Big East Conference) in a victory critical to their NCAA Tournament hopes. Tyrique Jones added 15 points and 15 rebounds for his eighth straight double-double, and Naji Marshall finished with 15 points and 11 rebounds.

Freemantle, a freshman forward from nearby New Jersey, had 11 points and seven boards in his first college game at Madison Square Garden. He took a pass from Marshall and hit a soft shot along the left baseline to put Xavier ahead 75-74.

LJ Figueroa missed a one-hander at the other end and Freemantle sank a pair of foul shots with 1.8 seconds to go. Kyky Tandy blocked Nick Rutherford’s 3-point try at the buzzer to seal it.

The Musketeers swept the season series and won their 11th straight against St. John’s dating to the Red Storm’s last victory in the series in February 2015. Xavier, which began the day 39th in the NET rankings and perhaps squarely on the NCAA bubble, has won four of five overall.

Rutherford scored a season-high 16 off the bench.

Xavier committed 22 turnovers and forced only four but still managed to pull this one out.

Xavier: Three of the final five regular-season games are at home, and Xavier needs to keep winning to avoid missing the NCAA Tournament for the second consecutive season since Travis Steele took over as coach. Before that, the Musketeers earned a No. 1 seed in 2018 and reached the Elite Eight in 2017 under Chris Mack.

St. John's: Once again, the Red Storm held a late lead but were unable to close out a tight Big East game.

Xavier: After playing four of five on the road, Xavier returns home to face No. 12 Villanova on Saturday afternoon. In their Big East opener, the Musketeers lost 68-62 at Villanova on Dec. 30.

St. John's: A tough road ahead, as the Red Storm close the regular season with five consecutive Big East opponents ranked in this week’s Top 25. St. John’s crosses the Hudson River for a rival matchup Sunday with No. 16 Seton Hall, which rallied for an 82-79 victory over the Red Storm on Jan. 18 at Madison Square Garden. After that, it’s a visit to No. 12 Villanova on Feb. 26.