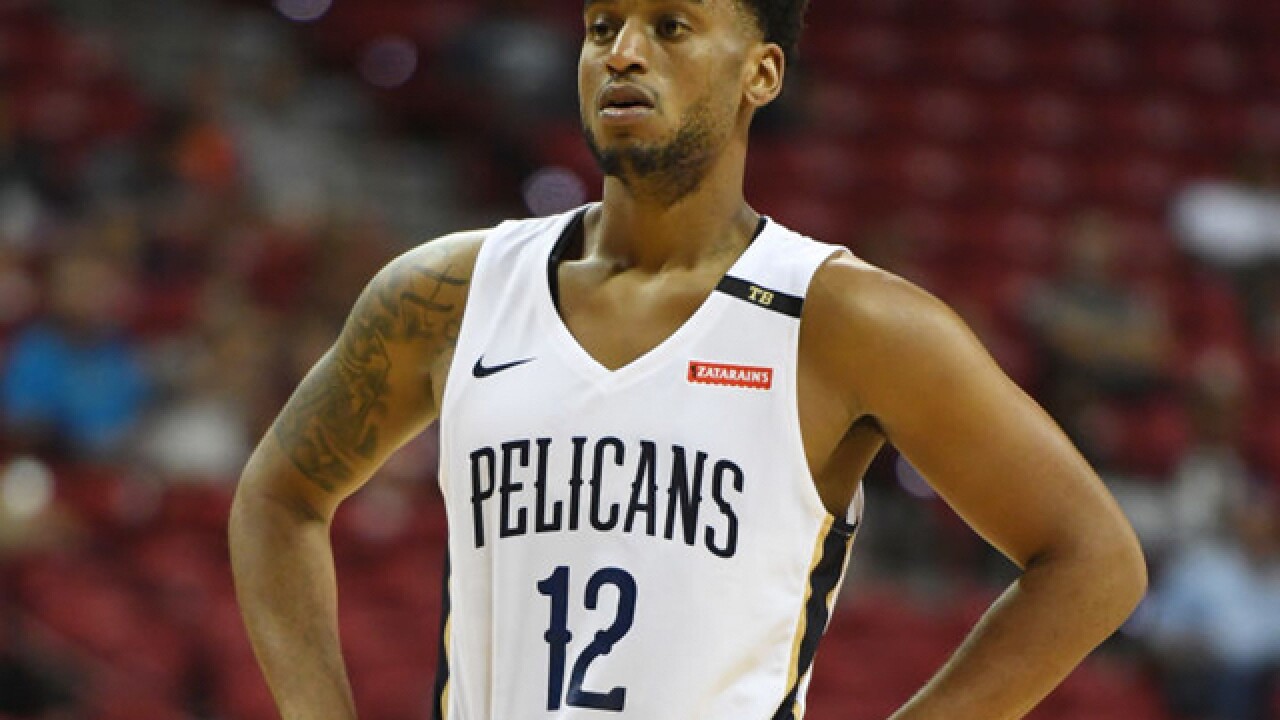 Image copyright 2018 Getty Images. All rights reserved. This material may not be published, broadcast, rewritten, or redistributed.
Ethan Miller
<p>LAS VEGAS, NV - JULY 06: Trevon Bluiett #12 of the New Orleans Pelicans stands on the court during a 2018 NBA Summer League game against the Toronto Raptors at the Thomas & Mack Center on July 6, 2018 in Las Vegas, Nevada. The Pelicans defeated the Raptors 90-77. (Photo by Ethan Miller/Getty Images)</p>

The contract, announced by the club on Tuesday, means Bluiett will spend most of the season in the developmental G League, but can be called up periodically for a total of 45 days.