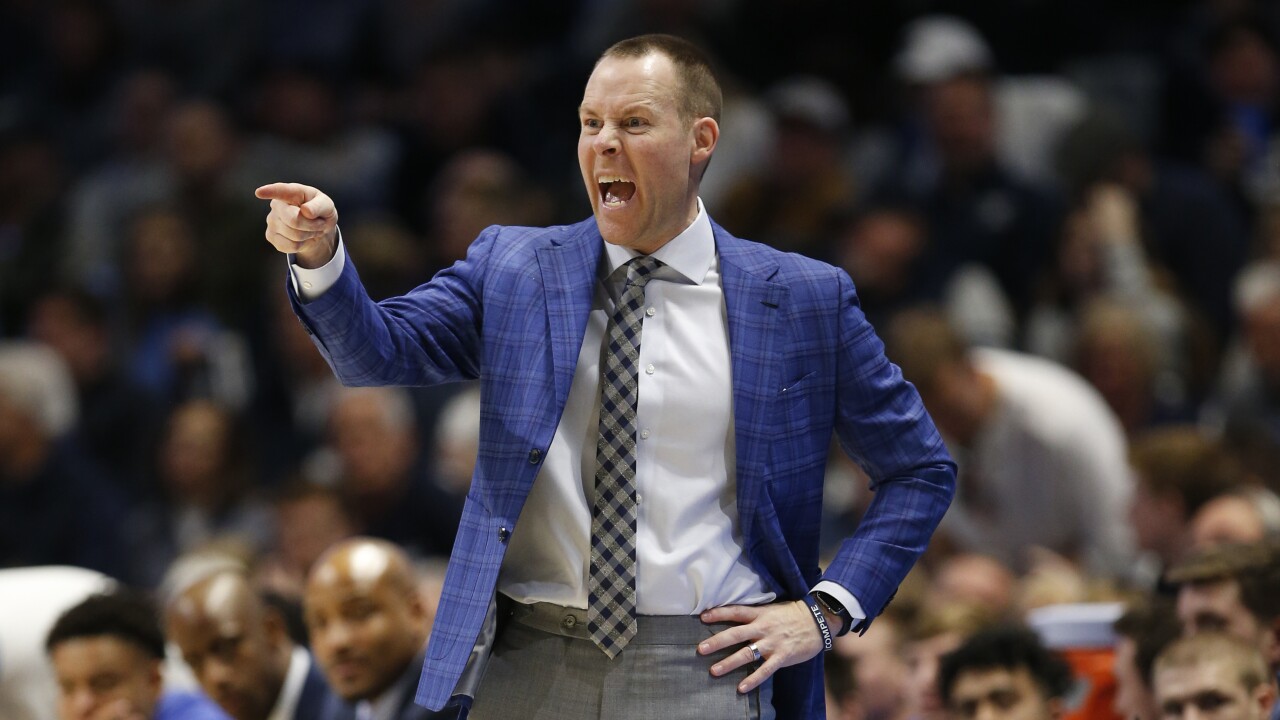 (Copyright 2020 The Associated Press. All rights reserved. This material may not be published, broadcast, rewritten or redistributed.)
Gary Landers/AP
Xavier head coach Travis Steele directs his team during the second half of an NCAA college basketball game, Saturday, Feb. 22, 2020, in Cincinnati. (AP Photo/Gary Landers)

CINCINNATI — Xavier coach Travis Steele showed his players video of Buster Douglas overcoming a knockdown to upset Mike Tyson for the heavyweight title in 1990. They got the point.

Naji Marshall scored 23 points Tuesday night and Xavier recovered from its worst offensive game of the season by hitting 3s and pulling away to a 78-67 victory over DePaul.

“After that loss, we took practice very seriously,” said Marshall, who made eight of his 13 shots. “Guys got in the gym, worked on their jump shots, worked on film. Guys locked in the last two days and it showed on the court.”

Steele's history lesson from one of boxing's biggest upsets seemed to get their attention.

“We get to write our own story," Steele said. "Also, we want them to get the reality of where we are and to play with the sense of urgency that we need.”

They made 10 shots from beyond the arc in the first half while pulling ahead by double-digits against the league's last-place team. Xavier finished with a season-high 12 3-pointers on 25 attempts.

Xavier's Tyrique Jones got into foul trouble and had his streak of double-doubles snapped at nine straight games, one shy of the school record shared by Tyrone Hill (1989-90) and David West (2002-03). Jones finished with nine points and five rebounds in 29 minutes.

“Once you give them a little bit of an opening, they become even better and more inspired and confident,” DePaul coach Dave Leitao said. “I thought that's what happened early.”

Three-point shooting has been a shortcoming for Xavier this season, but the Musketeers went 10-of-19 from beyond the arc in the first half. Marshall led the way, scoring 16 points and overcoming a right shoulder injury that sent him to the bench briefly.

Xavier had five turnovers before the first media timeout in the second half, helping DePaul cut the lead to 50-47. The Blue Demons turned the ball over seven times in a five-minute span, helping Xavier rebuild the lead to 61-48 and close it out.

“We turned the ball over at an alarming rate, especially close to the basket,” Leitao said.

DePaul: The Blue Demons are wrapping up a season that started with great promise and imploded when conference play began. They won their first nine games and went 12-1 in non-conference play.

Xavier: The Musketeers needed to beat the Big East's bottom team to protect their NCAA Tournament credentials. They're one win away from getting to .500 in the Big East after starting 2-6.

“It's kind of disappointing that we let down that end of the bargain this time,” Marshall said.

Weems got hit in the back of the head with 11:36 left and went to the locker room for an exam. He returned a few minutes later and finished with a team high in points.

Xavier plays at Georgetown on Sunday. The Musketeers beat the Hoyas 66-57 at the Cintas Center on Jan. 22.