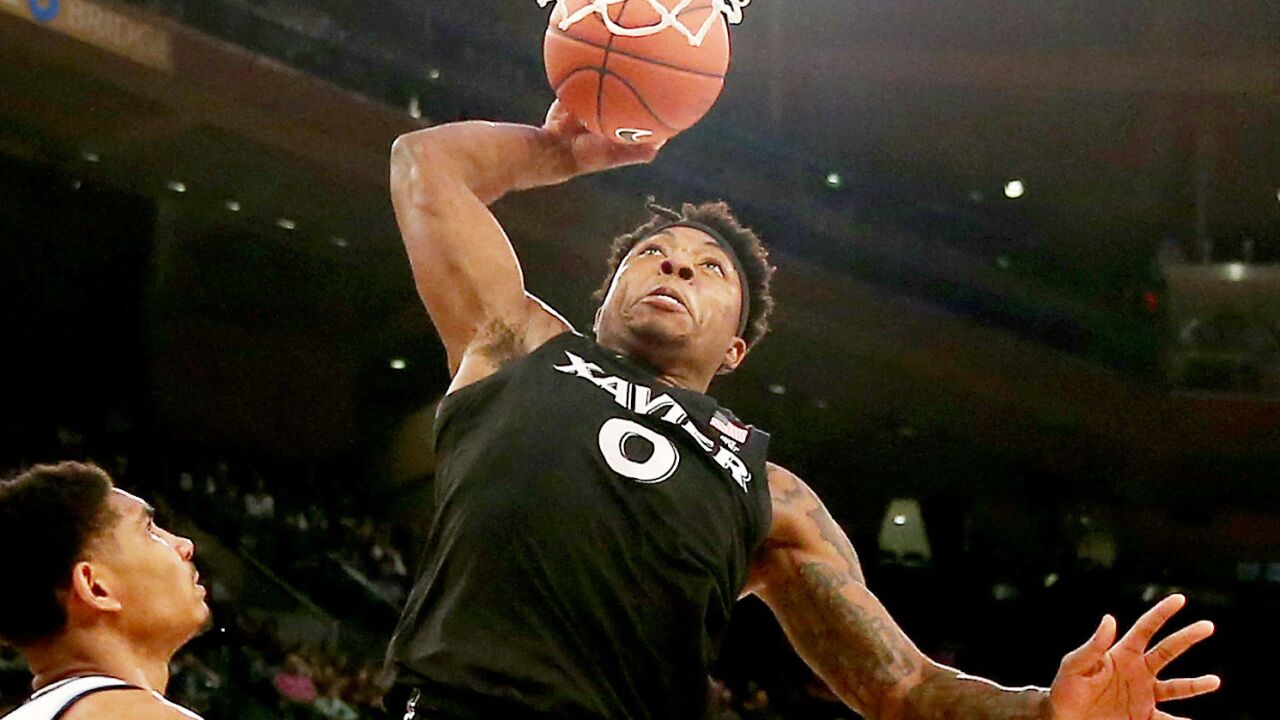 Elsa/Getty Images
NEW YORK, NEW YORK - MARCH 15: Tyrique Jones #0 of the Xavier Musketeers dunks as Jermaine Samuels #23 and Collin Gillespie #2 of the Villanova Wildcats defend during the semifinal round of the Big East Tournament at Madison Square Garden on March 15, 2019 in New York City. (Photo by Elsa/Getty Images)

Naji Marshall added 19 points and KyKy Tandy had 14 as the Musketeers (14-8, 3-6 Big East) beat the Pirates in every phase of the game.

Xavier held Seton Hall to 22.2% shooting from the field and limited preseason All America Myles Powell to nine points in posting their biggest win of the season. The Musketeers held a 51-22 edge on the glass.

Quincy McKnight led Seton Hall (16-5, 8-1) with 15 points before having to leave with an injury to his left knee with 6:02 to play. Jared Rhoden added 13 and Powell finished 3 of 14 from the field in only his third non double-digit game of the season.

The winning streak was the longest for Seton Hall since a 12-game run in 1988-89. The 8-0 conference mark was the best start ever for the team.

The game started at 11 a.m. and Xavier was ready. Seton Hall wasn't.

The Musketeers scored 18 straight points after giving up the opening basket, and they didn't stop there. They built a 30-6 lead on a layup by Quentin Goodin with 7:44 left in the half.

Xavier hit 12 of its first 17 shots and dominated inside, holding a 30-9 edge on the glass in the half, including 9-2 on the offensive boards.

The Pirates didn't pick up their intensity until the final seven minutes of the half and managed to cut the deficit to a dozen behind Rhoden and McKnight. Powell never got going, finishing with four points on 1 of 7 shooting, the second straight game he struggled.

Seton Hall made a couple of runs and got to within seven points with roughly seven minutes to play, but it never got closer.

Xavier: After good effort in recent losses, Xavier posted its biggest win of the year. It still has a way to go to get back into the NCAA Tournament picture.

Seton Hall: The Pirates were due for a bad one and this was it. They got away with not playing their best against Providence and DePaul in the last two games, but Xavier had answers for their comeback efforts. The Hall should not fall much in the poll, if at all.

Xavier: at DePaul on Tuesday night.

Seton Hall: at Georgetown on Wednesday night in start of two-game road trip.