For XU's KyKy Tandy, the reminders are always there: the wristband he wears; the number on his back 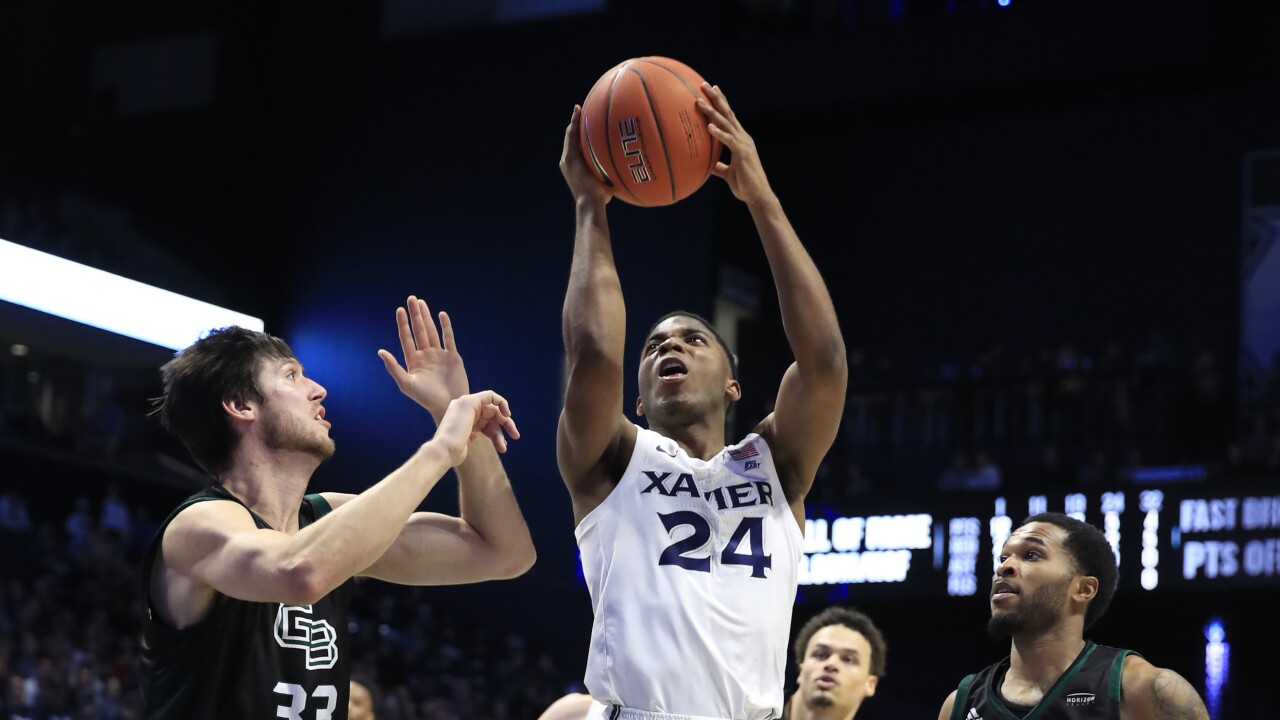 Andy Lyons | Getty Images
KyKy Tandy of the Xavier Musketeers shoots the ball against the Green Bay Phoenix at Cintas Center on December 04, 2019 in Cincinnati, Ohio.

CINCINNATI — The reminders are always there. The lessons he learned. The wristband he wears. The number on his back.

KyKy Tandy was among the nation’s most heralded basketball recruits when he signed with the Xavier Musketeers, but he never strayed far from his roots.

In Hopkinsville, Kentucky, located about four hours from Xavier’s campus, Tandy became well-known at a young age. But he didn’t go out much. Instead, he kept to himself, focusing mainly on basketball, school and family.

“I was just being a humble kid,” he said.

But at University Heights Academy, with an enrollment of around 300, Tandy was the big man on campus, especially after his dunk over a 7-foot player went viral and more college recruiters came calling.

“In a city like that, everybody wanted to be on the bandwagon,” Tandy said. “I wasn’t like most of the kids.”

The 6-foot-2 freshman guard, who played through asthma and heart problems as a youngster, kept a small circle of friends. He surrounded himself with only positive influences at the request of his father, Keith Torian, who had played basketball at New Mexico State, and his mother, Tanya Tandy, who kept their son on the right path.

University Heights middle school teacher Tracie Atwood also had a significant impact on Tandy. She was Tandy’s math and science teacher but also someone he confided in – about life, classwork and even basketball.

“I'd always ask him about his grades,” Atwood said. “I told him he'd be the total package if he was a student athlete. I hope I taught him that no matter life’s circumstances, you have a choice in how you react. Teachers don't always know the ways they impact their students until years later.”

Years before Atwood became Tandy’s teacher, her family suffered a significant loss. On Feb. 14, 2010, Atwood’s daughter, Elizabeth, then a 16-year-old junior at University Heights, was killed in an auto accident. Tandy says he never met Elizabeth Atwood – he was only 10 years old at the time – but the lasting impact of his teacher’s loss stuck with him.

As Tandy prepared to embark on a new chapter in his life at Xavier, he and Atwood discussed what uniform number he might wear for the Musketeers. The week before his graduation, Atwood asked Tandy to autograph a University Heights T-shirt for her. She joked that it might be worth something if he became famous.

“When he came in, I told him he could include his college number, and he said he didn't have it yet,” Atwood said. “I said, ‘Oh, I hope you get No. 24!’ (because) that was Elizabeth's number in softball and that way he'd have an angel on his shoulder on the court. When it was announced that he would wear that number, I was shocked.”

No. 24 also was the number Tandy’s father had worn in college, so it was an appropriate decision while also having special meaning for Tandy.

“I wanted to represent her in (college),” Tandy said of Tracie Atwood. “I wanted to give back to her for what she did for me. It was the perfect thing.”

Tandy took it even a step further.

Every game he plays at Xavier, Tandy wears a wristband adorned with these words: “Rest in Peace Elizabeth Atwood.” Tandy said the wristband he wears now is black, but he plans to get more bands in a variety of colors.

“She helped me become the man I am today,” Tandy said of his teacher. “She helped me make more mature choices. She told me how life’s going to be in the future. She always wanted me to do well in the classroom and on the court. She was never negative about anything.”

Shortly after he arrived on campus at Xavier, Tandy’s positive outlook was challenged when he suffered a stress fracture in his right foot, which caused him to miss about five weeks of practice and eight games.

“For any freshman, it’s hard,” said Musketeers coach Travis Steele. “He’s a quiet guy. It’s like he was trying to tread water. We need to continue to grow his role. We’ve got to get him caught up on the defensive end. KyKy was out of practice for over a month. We will get there. He wants to impact our team in a big way and he’s capable of doing that.”

Tandy made his Musketeers debut against Lipscomb on Nov. 30 with several family members, including his mom, in attendance. He scored 15 points, including three 3-pointers, over the next four games.

Tandy who scored 3,363 points at University Heights, eighth most in Kentucky high school history, is still finding his footing for the Musketeers. In time, the former four-star recruit is expected to make a significant impact on Xavier’s program, as a lights-out three-point shooter, dynamic scorer and quiet leader.

Tracie Atwood has no doubts.

“His perseverance, dedication and work ethic was exactly how Elizabeth approached life,” she said. “I can't imagine a better person to wear No. 24.”