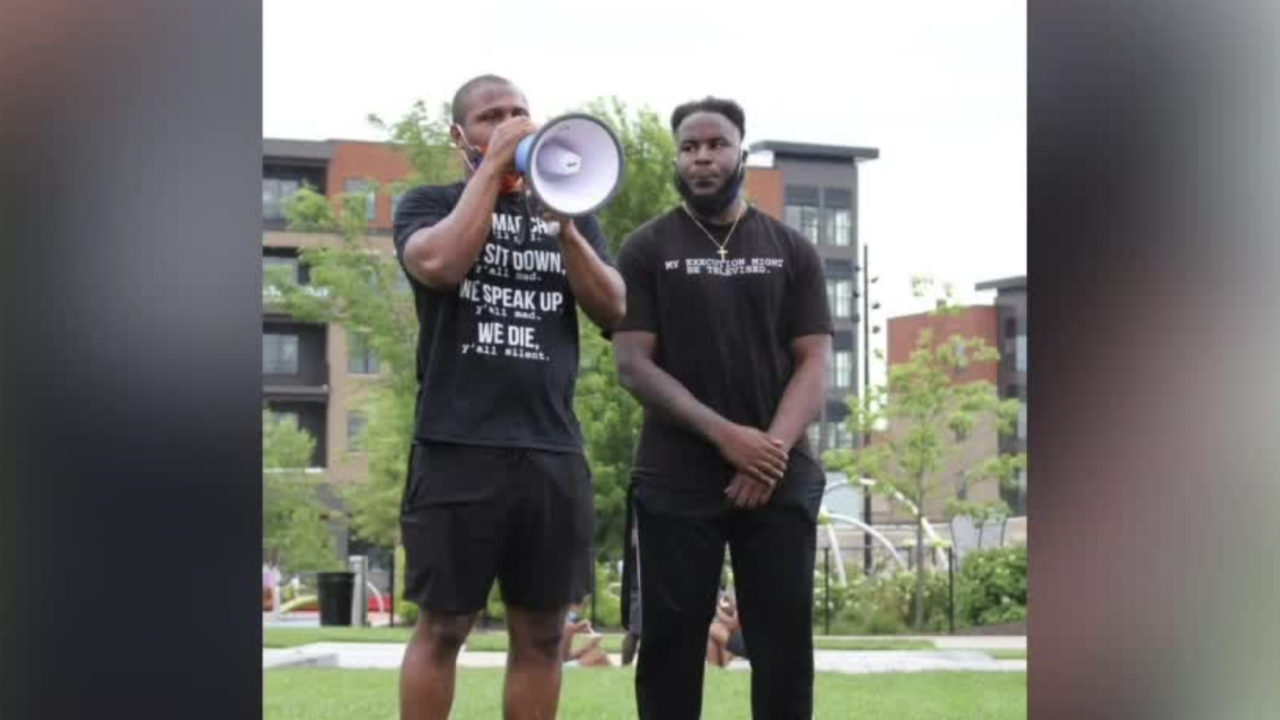 Copyright 2020 Scripps Media, Inc. All rights reserved. This material may not be published, broadcast, rewritten, or redistributed.
Provided
Ra'Von Bonner (left) and Elijah Hollis participate in a recent demonstration to speak out against racial inequality.

On Saturdays in the fall, Ra’Von Bonner is seen as a hero.

Bonner, a Sycamore High School standout, was among the first college football players to opt out of playing this year because of the pandemic.

And for that, he said some people are starting to see him as something else.

“The n-word is a common thing. It’s just so common,” he said.

Bonner said he saw a number of his teammates test positive once they returned to campus.

Bonner has asthma, and his grandmother is a recent cancer survivor. Bonner said he wants to play a full season, just not this year. He plans to return in 2021.

“If you have the players’ best interest at heart, you don’t play the season,” he said.

Although Bonner won’t make an impact beneath the lights on Saturdays, he still wants to be seen. He spoke about racial inequalities when he attended a rally in Montgomery.

Elijah Hollis has known Bonner since the 8th grade; they played football at Sycamore High School together. When Hollis needed someone to help with their protest in Blue Ash, he reached out to Bonner.

“Both of us knew, with his name on it, it would draw more attention,” Hollis said. “I understand the impact he’s had on the community. We had a really good turnout. I’m proud of how things went down.”

About 150 people participated in that march, and Bonner continues his fight against racial inequality.

“That’s a lot more exhausting than this corona stuff. Both are pandemics. This has just been going on a lot longer,” he said.