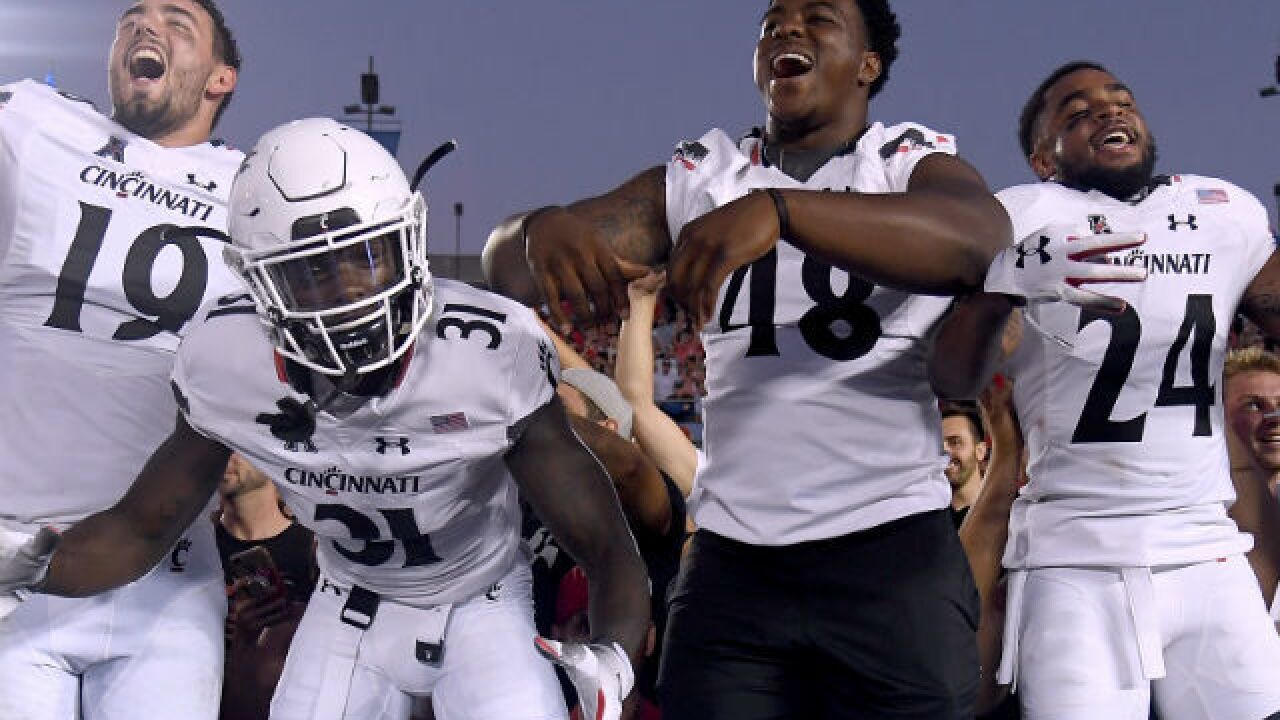 Image copyright 2018 Getty Images. All rights reserved. This material may not be published, broadcast, rewritten, or redistributed.
<p>PASADENA, CA - SEPTEMBER 01: The Cincinnati Bearcats celebrate a 26-17 win over the UCLA Bruins at Rose Bowl on September 1, 2018 in Pasadena, California. (Photo by Harry How/Getty Images)</p>

ORLANDO, Fla. - The No. 19 UC Bearcats are in the national spotlight as they go up against No. 11 Central Florida Saturday night, and WCPO is bringing you all the action.

First, 9 On Your Side is presenting a special pre-game show, "Saturday Night Showdown," following the ABC telecast of the West Virginia-Oklahoma State game (expected to end around 7:25 p.m. ET). The special will feature interviews and commentary by WCPO Sports Anchor John Popovich, who is covering the game in Orlando, and Ken Broo in the studio.

You can watch the special on-air or online in the video player below.

The UC-Central Florida game will be televised exclusively on ABC and 9 On Your Side starting at 8 p.m. ET.

Watch our newscast after the game for Popovich's exclusive report from the stadium and follow his tweets at @popo_WCPOsports.