University of Cincinnati football season to start with no fans 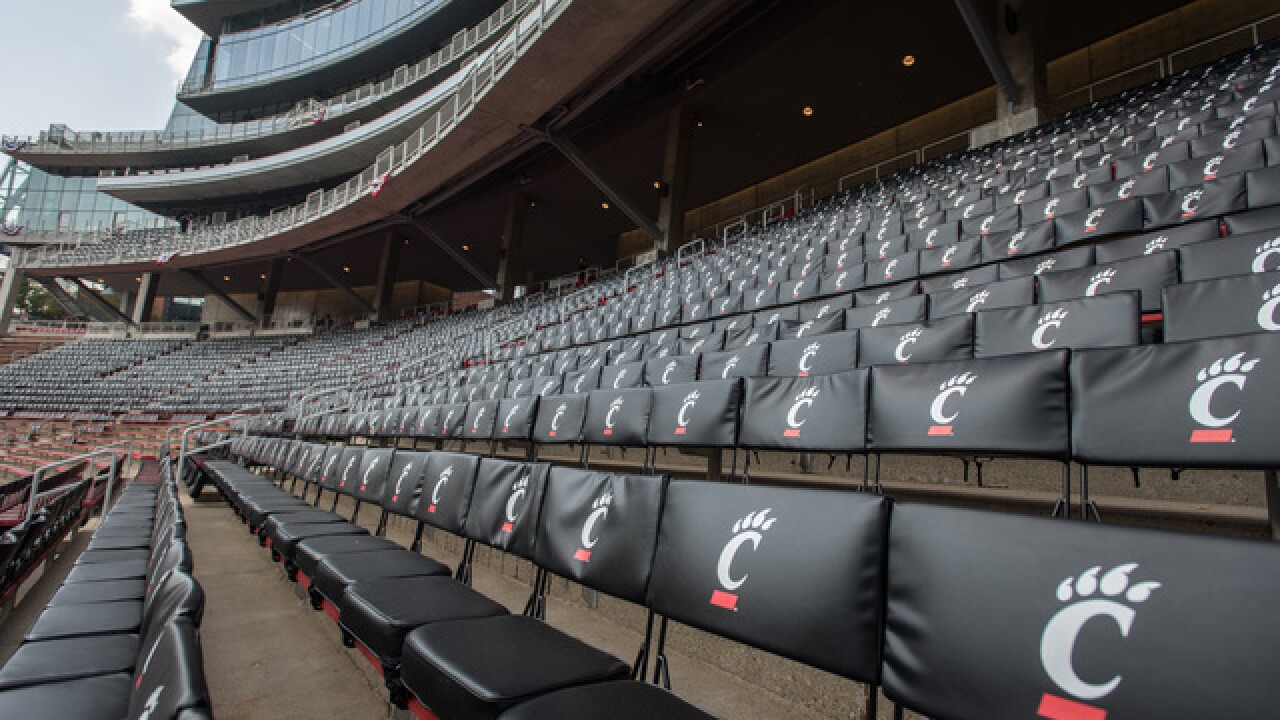 CINCINNATI — Nippert Stadium will be empty for the foreseeable future, University of Cincinnati Director of Athletics John Cunningham said on Monday.

Cunningham said the season would begin without fans in the stadium, and officials will allow fans to return later in the season if they feel it is safe to do so. No timeframe has been established.

Cunningham said in a note that officials will monitor the virus and its impact on the campus community.

“Football will be played only if we determine it is safe to play. And again, fans will be allowed in the stands at Nippert Stadium only if we determine and trust that in doing so we can maintain the safety of our student athletes, staff, student population on campus and the fans themselves,” Cunningham said.

The stadium is located in the middle of campus, which makes it especially risky to allow fans at football games, he said.