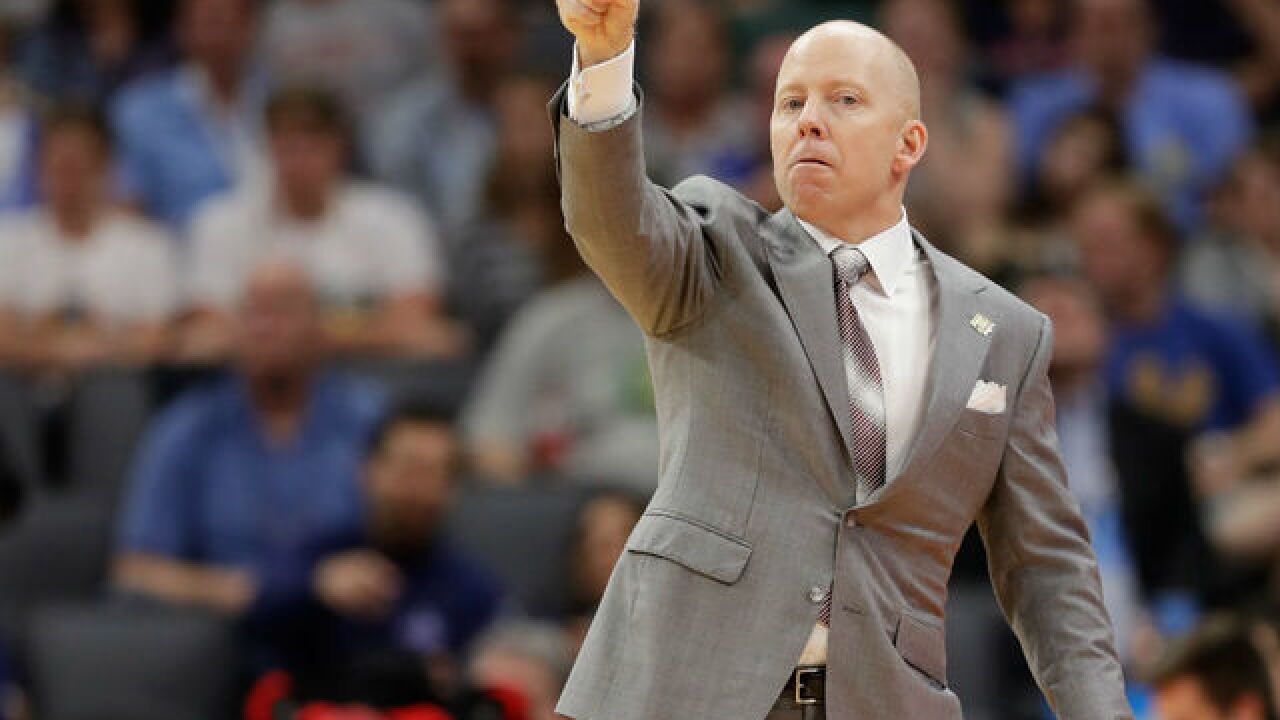 Paranoia is a coach’s fallback. Cronin’s chief worry about Sunday’s game (4 p.m. tipoff at Northern Kentucky’s BB&T Arena) is the fact that it comes after a 10-day layoff for the Bearcats.

“That’s kind of unheard of in college basketball,” Cronin said.

He’s worried about other things as well — defense, rebounding, execution. “There’s a lot of unknowns about our team,” Cronin said.

Enough is known about the Bearcats that they were picked in the preseason to win the AAC. They went 11-2 in the pre-conference schedule. The losses were to Xavier and Florida. Xavier is currently ranked No. 6. The Gators were ranked No. 5 when UC played them.

Overall, the pre-conference schedule was light, but the Bearcats also have a win at UCLA and one over then-unbeaten Mississippi State.

“I don’t think any coach is ever happy,” he said.

But Cronin set the schedule to allow the team to gel. Both guards — Justin Jenifer and Jarron Cumberland — are new starters. Backup point Cane Broome is a transfer. Freshmen Keith Williams and Trevor Moore are averaging 12-plus minutes a game.

The early cupcake diet was for them.

The veterans, seniors Gary Clark and Kyle Washington and junior Jacob Evans III, know what to expect in the league. Clark thinks the new players are ready.

“The adversity was good,” he said. “You never want to take a loss, but the way we responded to it was good. We’re been in some dogfights that come down to getting a stop. We’ve come together and rallied to get over the top.”

This is the fifth year for the AAC.

“It’s probably the best it’s been since the first year when Connecticut finished fifth and won the national title,” Cronin said.

Wichita State, added for this season, is ranked No. 8 nationally. UC is ranked No. 21. Some of the NCAA forecasters have as many as five AAC teams in the NCAA Tournament.

“You’ve got two teams in the top 25 of the country,” Cronin said. “Four or five NCAA teams. Our league is pretty strong. It’s nice that all the people who seem to have all the answers agree with that.”

Memphis comes 9-4 off a 71-61 home loss to LSU. Tubby Smith is in his second year as Tigers coach. The roster includes 11 newcomers. The Tigers were picked ninth in the league.

“They play really well at times,” Cronin said. “At times, they play like they have a lot of new guys.”

“He’s great in transition,” Cronin said. “He’s got to get like 20 a night and five assists. If he doesn’t, they’re going to struggle.”

Cronin expects Memphis and everyone else in the AAC to give UC their best shot.

“The players in the league see us on TV a lot,” Cronin said. “It’s no different nationally, teams wanting to play Duke. In our league, we always deal with that. It’s the reality of it. You’re not going to play a team that’s not ready to play against you.

“Our guys dealt with that last year. I don’t think that’s an issue.”

The players enjoyed the break. They got to go home for five days and four nights.

“It was more of a mental break,” Clark said. “It was good to get away for a little bit. Our guys came back with energy.”

“I think that will help down the road,” Cronin said. “Right now, it’s a major concern.”