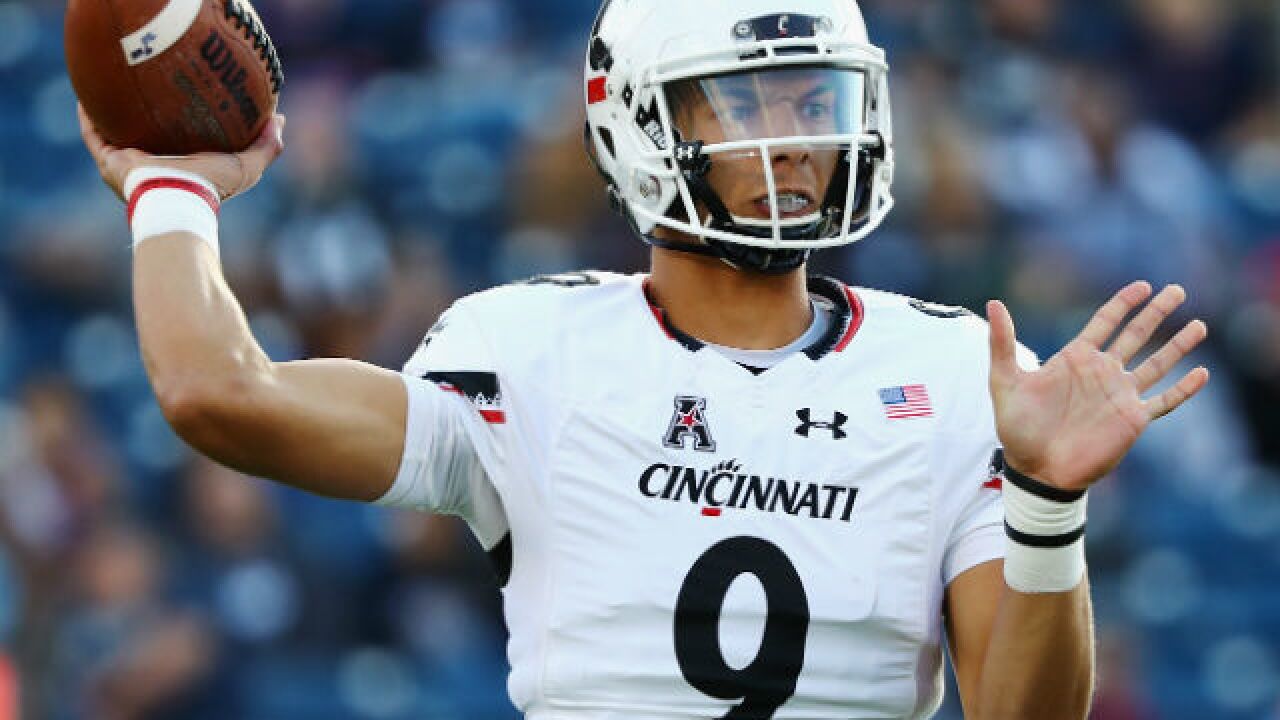 Image copyright 2018 Getty Images. All rights reserved. This material may not be published, broadcast, rewritten, or redistributed.
<p>EAST HARTFORD, CT - SEPTEMBER 29: Desmond Ridder #9 of the Cincinnati Bearcats throw a pass during the first half against the Connecticut Huskies at Rentschler Field on September 29, 2018 in East Hartford, Connecticut. (Photo by Tim Bradbury/Getty Images)</p> 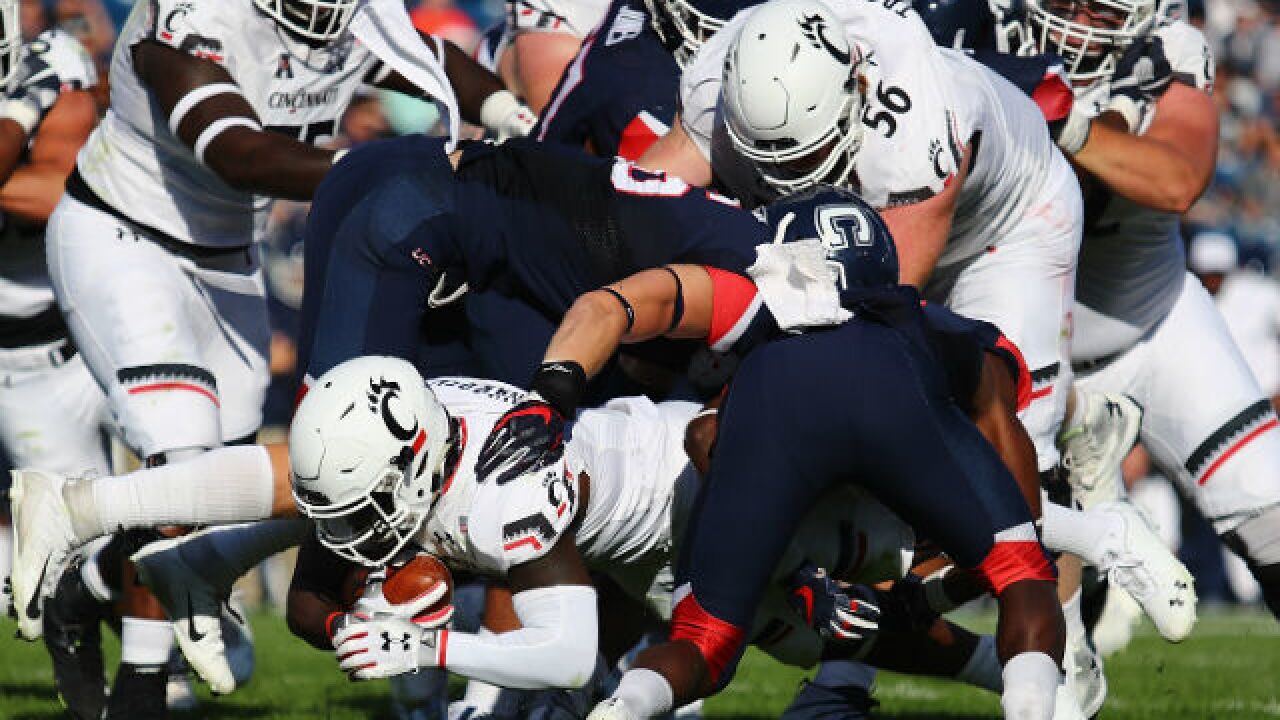 Fickell preached to his team that things would get better if they put in the work and believed in each other.

“It didn’t get better overnight, it just got better,” linebacker Perry Young said Saturday after the unbeaten Cincinnati Bearcats rolled to their fifth straight win. “We’re kind of living his speeches right now.”

The 1-2 punch of quarterback Desmond Ridder and running back Michael Warren along with a stifling defense led UC to a 49-7 whipping of the forlorn Connecticut Huskies in UC’s American Athletic Conference opener.

Ridder passed for two touchdowns and ran for one, and Warren ran for two. Ridder completed 20 of 26 for 270 yards and ran eight times for 47 yards. Warren gained 108 yards on 13 carries and caught four passes for 41 yards.

UConn (1-4) came into the game with the nation's worst defense - giving up 664 yards and more than 54 points a game - and it looked it. Nevertheless, the Bearcats have surpassed their 2017 win total and are off to their best start since going 5-0 in 2012. They are a game from being bowl eligible.

UConn scored first just two minutes into the game on a 5-yard pass from QB Kyle Buss to David Pindell, but that was it for the Huskies.

“That’s the difference between this year and last year,” said Warren. “We were down early. No pressure. We know we get the ball back. We got time to go score and keep scoring.”

UC quickly answered on Ridder’s 1-yard run, then added two second-quarter TDs on Warren’s 2-yard run and a 15-yard pass from Ridder to WR Rashad Medaris to make it 21-7 at halftime.

The Bearcats blew the game open in the third quarter with three more TDs, starting with a 38-yard pass from Ridder to TE Josiah DeGuara just 33 second into the half.

“The whole energy of the place was pretty dead and on our sideline it kind of erupted,” said Fickell. “I think we fed off of that.”

That was followed by Warren’s 14-yard TD run and a 1-yard run by Tavion Thomas.

Fickell rested the starters and called in the backups the rest of the way. QB Hayden Moore capped the scoring in the fourth quarter with an 11-yard run. Moore was 3-for 3 passing with 69 yards.

Young led the defense with eight tackles. DE Kimoni Fitz had five, including 2.5 for loss.

UC hosts Tulane (2-3) for homecoming at noon next Saturday.