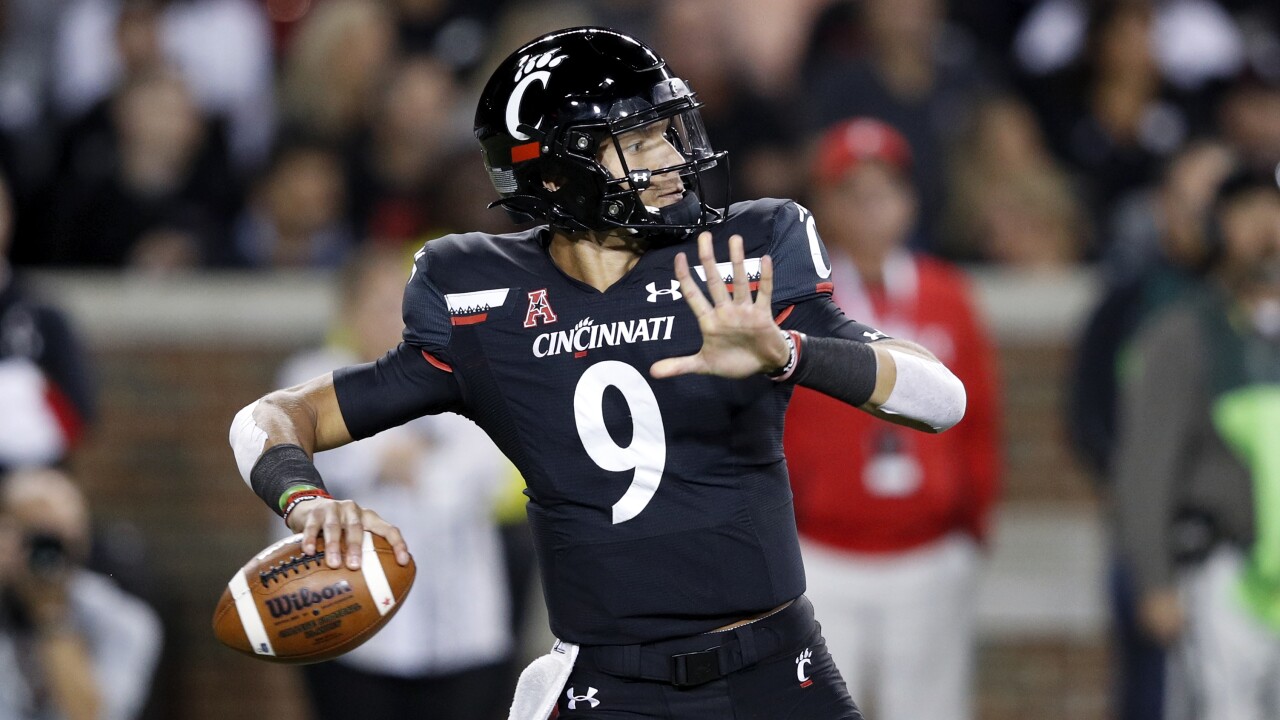 WHAT'S AT STAKE: Cincinnati is looking to finish up ranked in the Top 25 and have a second straight season with 11 wins. Boston College wants to secure a winning record and its first bowl win since 2016, while being led by interim coach Rich Gunnell.

Cincinnati and the AAC's top scoring defense against an offense averaging 451 yards and 30.9 points per game. The Bearcats are allowing an average of 21.7 points.

Cincinnati: QB Desmond Ridder is a double threat. He has passed for 2,069 yards and 17 touchdowns against nine interceptions. He also has run for 570 yards and two scores.

Boston College: RB David Bailey replaces Boston College's all-time leading rusher A.J. Dillon, who is skipping the bowl game to prepare for the NFL draft. The 240-pound Bailey ran for 181 yards against North Carolina State and 172 versus Syracuse, rushing for a pair of touchdowns in each game.

It's the first time since 2009 the Bearcats were ranked in the final regular-season poll. ... Cincinnati has two transfers who are eligible to play after completing the NCAA's mandated one year in residence: offensive lineman James Hudson (Michigan) and safety Bryan Cook (Howard). ... Boston College's last bowl win was 36-30 over Maryland in the 2016 Quick Lane Bowl in Detroit. The First Responder Bowl in Dallas last year was cancelled due to the weather in the first quarter. ... The Eagles fired Steve Addazio after seven seasons on Dec. 1.