UK quarterback Terry Wilson out for the rest of the season 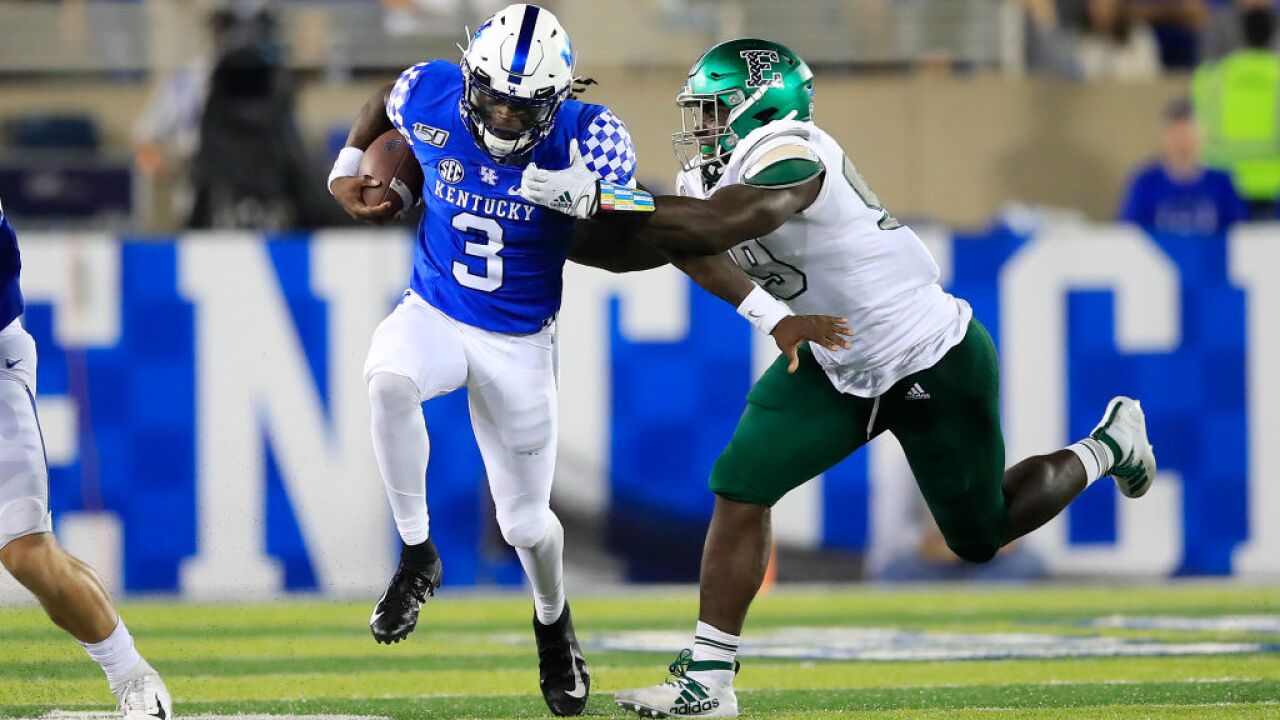 LEXINGTON, Ky. — The University of Kentucky announced Sunday that quarterback Terry Wilson will miss the rest of the 2019 season after being injured in Saturday night's game.

According to a press release from the athletic department, Wilson suffered a torn patellar tendon in his left knee, and will require surgery.

"I'm very sorry about Terry's injury," said Mark Stoops, the UK coach, in a press release. "He has done so much for our program over the last two seasons, both in leadership and his production on the field. As a team captain, he will continue to be an important part of our team and we look forward to him returning to the field when he has recovered."

The injury came late in the third quarter during Saturday night's game against East Michigan. The junior has started all 15 games since his arrival to the team in the 2018 season.

Wilson ran for a 2-yard touchdown late with 5:01 remaining in the third quarter before being injured.

Eagles defensive lineman Turan Rush tackled the junior on a 19-yard run to the EMU 44 late in the third quarter and received a personal foul penalty for the hard tackle. Kentucky was called for illegal formation on the same play as penalties offset.

Wilson was briefly on his knees before laying on the turf to be observed by team medical personnel. His left leg was placed in a brace and he was lifted onto a cart that carried him off for observation.

Spectators chanted Wilson's name and several teammates came over to shake his hand before he was carted off to cheers. Backup Sawyer Smith entered the game and threw two for touchdowns to seal Kentucky's victory.

Wilson rushed eight times for 43 yards and completed 14 of 26 passes for 114 yards in the win.