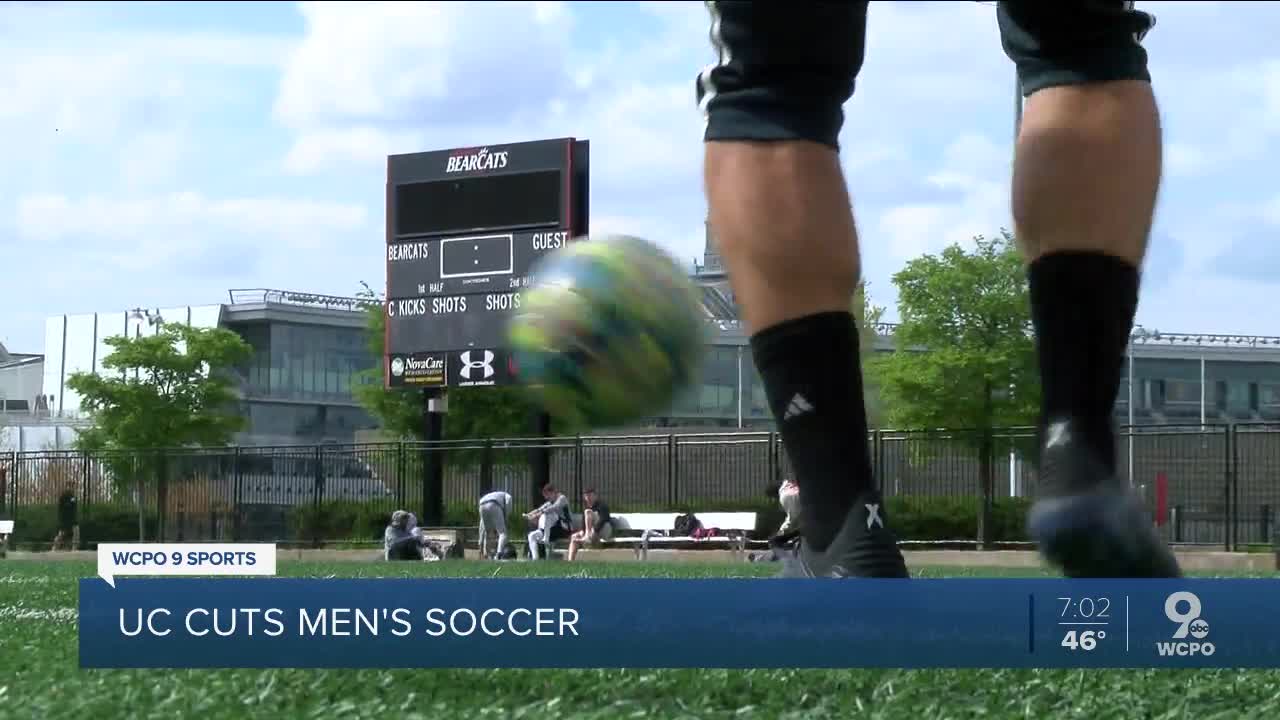 UC Athletic Director John Cunningham delivered the news in a short video meeting with the players. Cunningham wrote that this decision came after a comprehensive review of the department's budget. 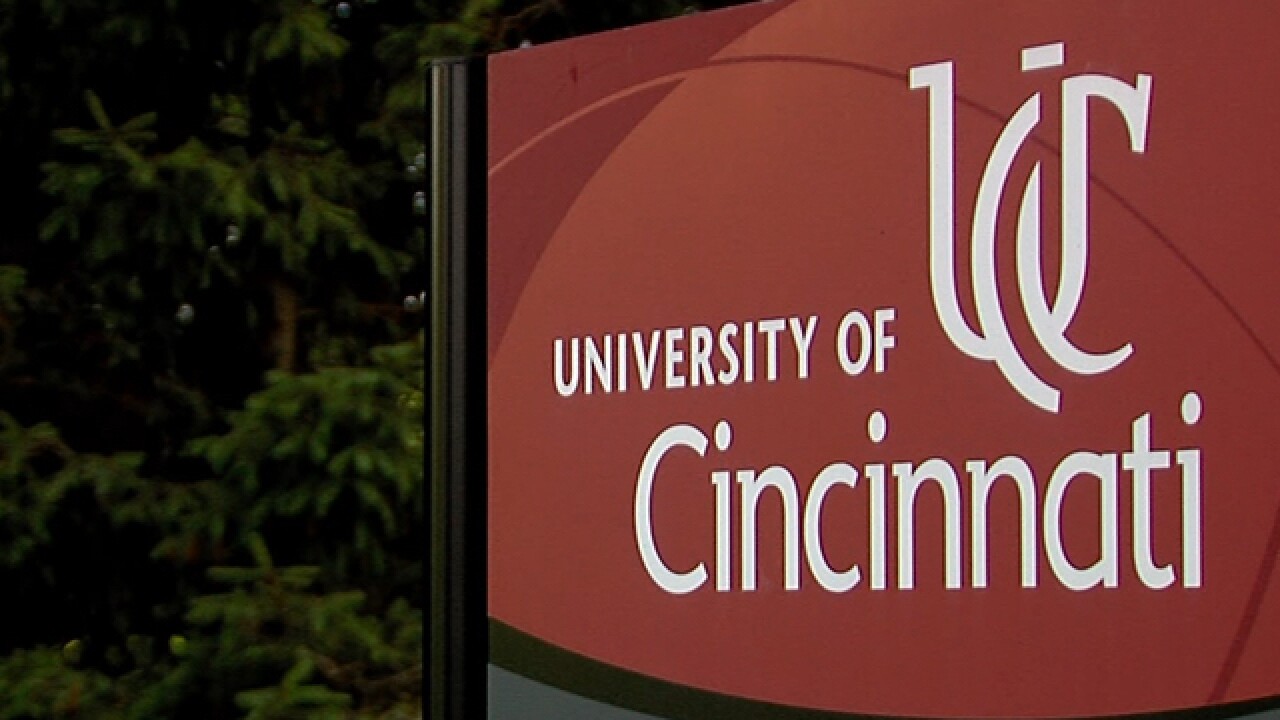 CINCINNATI — University of Cincinnati sophomore midfielder Will Lonneman didn't know what to expect on a Zoom call at 10 a.m. Tuesday.

Lonneman thought the University of Cincinnati men's soccer was ready to introduce its new coach or the direction of the Bearcats' program.

Instead, nothing prepared him for the news UC Athletic Director John Cunningham delivered in the short video meeting with the players. Cunningham told Lonneman and his teammates that the men's soccer program was discontinued immediately.

"Honestly it was kind of hard to put into words what I was feeling at the time," said Lonneman, a Moeller High School graduate. "I was just shocked and just sad."

The public announcement was posted online later Tuesday morning. Cunningham wrote that this decision came after a comprehensive review of the department's budget.

"This difficult decision involved a tremendous amount of thought regarding the young men who chose UC to pursue their degrees and their dreams of playing NCAA Division I soccer," Cunningham wrote.

Lonneman told WCPO the players have entered the transfer portal. He said he's already received interest from a few college programs. Still, he and his teammates were processing the news Tuesday afternoon.

"The first reaction was I was shocked," Lonneman said. "I didn't think this could happen. I knew the economy is bad or whatever. But, I never thought sports would be shut down because of it indefinitely."

Lonneman said he will evaluate his options but knows some of his teammates will eventually transfer.

"It's tough to see those bonds that you formed over the last couple of years go away in a quick instance," he said.

While this decision eliminates the men's soccer program, the announcement makes clear that any student-athlete on a soccer scholarship can choose to retain their scholarship for the remainder of their undergraduate career at UC.

"I think as far as us freshmen go, we are all going to transfer probably," UC freshman midfielder Ben Hegge said. "I think we all want to keep our soccer careers alive."

However, if any student athletes want to keep playing soccer on the collegiate level, the university "will assist in finding new schools" for those students.

"[The players] have worked extremely hard on the field of play and in the classroom and have represented UC the right way," Cunningham wrote. "While they might not fully understand this decision, I want them to know that they were truly and conscientiously considered during my deliberations about the future of UC Athletics."

"It's just a bummer," Moeller soccer coach Mike Welker told WCPO. "It was just shocking to me when I received the text from one of them letting me know. It just stinks man, it just stinks."

UC had two Moeller graduates on its roster including Lonneman and Hegge. Welker said the impact is significant.

"I can't put into words how massive this will be a ripple effect for the college recruiting scene in this city," Welker said. "Xavier and UC - it's big-time programs. For them (UC) to leave or for them to no longer have it - it's a massive, massive loss for this area for sure."

Welker said the financial impact due to the coronavirus outbreak could be far-reaching in the foreseeable future.

"It seems that this is just the beginning," Welker said. "I think you will start to see this on a lot of other schools and a lot of other programs that maybe their program doesn't go away but maybe they have to use the same soccer balls from the year prior or you can't take those overnight trips or you are on a bus instead of a plane. I think this is just the beginning of unfortunately a pretty big impact to collegiate sports and high school."

"I feel bad for those kids that genuinely really invested their time and energy academically to be at the University of Cincinnati to play soccer," Combs said. "Now this time of the year that's tough for any Division I athlete of that caliber to just pick up things and go somewhere else."

Lonneman kept in touch with his UC teammates in FaceTime meetings as Tuesday afternoon continued and the players came to grips with a new reality.

"Cincinnati is such a big soccer town," Lonneman said. "It's huge. I am sure as you know (FC Cincinnati) and everything. Every kid that grows up in Cincinnati wants to play soccer for UC but it's just being taking away now."

"Appreciate you reaching out, but we'll decline the opportunity to offer a comment on the business decisions of another organization in these difficult times," Summers wrote in a text message.

"I know a couple guys on that team that I grew up playing against, so I can imagine that is really tough right now," McCabe said. "I think every athletic program and every athletic director is going to have to make tough choices in the coming weeks and months, especially for programs that rely a lot on college basketball, college football for revenue, so if they can't fill the stadiums, I wouldn't be surprised if you see a lot more of these instances across college sports. It's up to the discretion of the university and the athletic director of which programs are more likely to be cut, so I think it's sad to see that because in American culture, a lot of people grow up wanting to play college sports and to have that goal ripped away from you without your control is tough."