Tired of waiting: Ohio State stars opt out, move on to draft 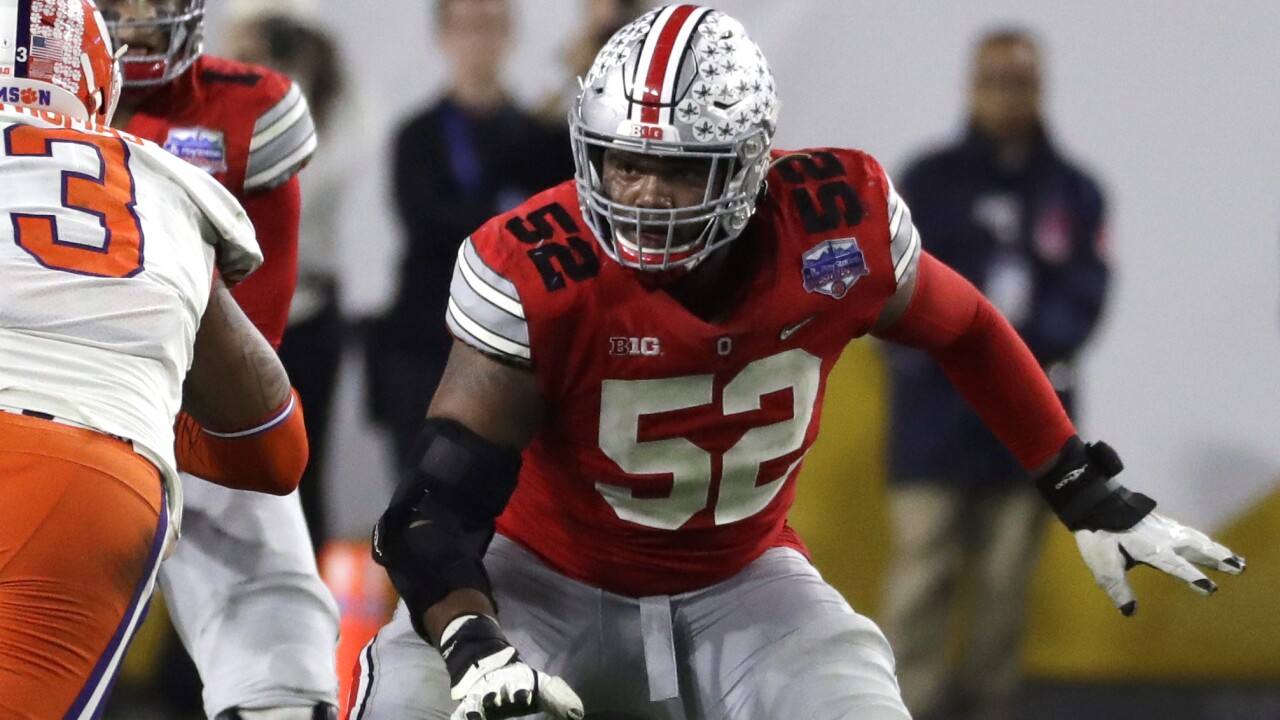 Rick Scuteri/AP
FILE - Ohio State offensive lineman Wyatt Davis (52) is shown during the first half of the Fiesta Bowl NCAA college football game against Clemson, Saturday, Dec. 28, 2019, in Glendale, Ariz. Ohio State stars Shaun Wade and Wyatt Davis got tired of waiting for a decision on the football season and chose to opt out and begin preparing for the NFL draft. “I should be in the middle of preparing for our game this week,” Davis said in his Twitter post Friday, Sept. 11, 2020. “Instead, due to the events of 2020, I spent the last weeks with my family and coaching staff trying to determine my future.” (AP Photo/Rick Scuteri, File)

COLUMBUS, Ohio (AP) — With the chances of the Big Ten Conference playing a football season slipping away, two of Ohio State’s best players have chosen to opt out and start preparing for the NFL draft.

“I came back to get my degree and to play another season and win a national championship,” Wade said in his tweet. “But when the Big Ten canceled, I was focused on still playing, but I felt like they were holding off for so long I thought it was the best decision for me to declare for the draft and just go on with preparing and getting ready for the draft.”

Wade’s father was one of the football parents leading a charge to persuade the Big Ten to play a fall season. Big Ten school presidents met Sunday but did not take a vote regarding if and when to start the next season, a person with direct knowledge of the situation told The Associated Press, speaking on condition of anonymity because the Big Ten was not making return to competition plans public.

“I should be in the middle of preparing for our game this week,” Davis said in his Twitter post Friday. “Instead, due to the events of 2020, I spent the last weeks with my family and coaching staff trying to determine my future.”

All eyes will now be on quarterback Justin Fields, who could be one of the top picks in the 2021 draft regardless of whether he plays another down of football for the Buckeyes. Fields hasn’t publicly commented recently about his situation.

Time is slipping away for players choosing to remain with idle Big Ten and Pac-12 teams, who now must watch teams from other conferences — including the SEC and ACC — that decided to go ahead with their seasons.

The Big Ten postponed its entire fall sports season on Aug. 11 because of COVID-19 concerns and how football could be played safely. The emergence of daily rapid-response COVID-19 testing, not available when university leaders decided to pull the plug on the season, now looms large.

If the presidents vote to start by late October, an eight-game season and conference championship game in mid-December is still possible. That schedule could set up Big Ten teams to be part of the College Football Playoff.