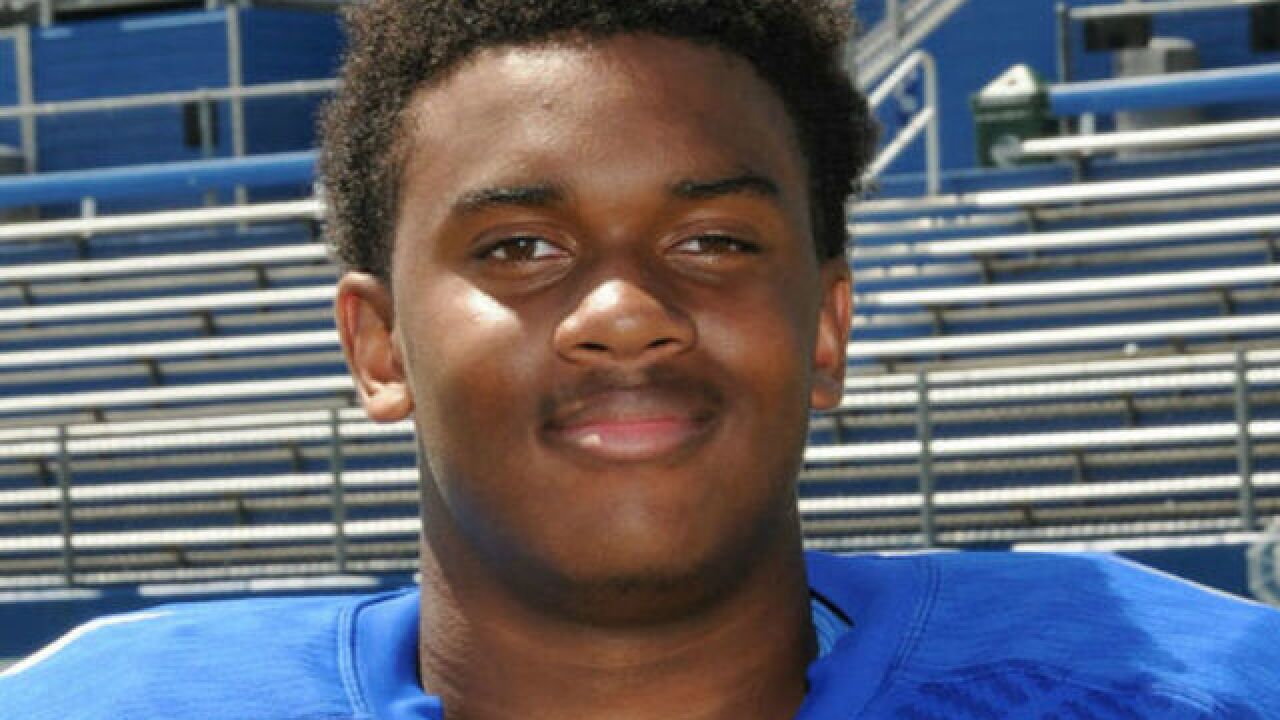 Copyright 2018 Scripps Media, Inc. All rights reserved. This material may not be published, broadcast, rewritten, or redistributed.
<p>St. Xavier junior offensive lineman Paris Johnson is the state's No. 1 ranked player overall in the 2020 class by 247Sports. (St. Xavier photo)</p>

Johnson, rated the nation’s No. 8 recruit overall in the 2020 class by 247Sports, verbally committed to Ohio State this past summer. Tuesday’s news that Meyer would retire after the Rose Bowl was surprising to Johnson’s mother, Monica Johnson.

“Today was totally unexpected,” Monica Johnson told WCPO. “It has been an overwhelming day for our family. Paris and I appreciate Coach Meyer (and his wife) Shelley. They have truly made us feel like family.”

Multiple Ohio State commits in the 2019 and 2020 classes took to social media to affirm their verbal commitments to the Buckeyes. But, Johnson's family was still processing the news as of early Tuesday afternoon.

On Wednesday morning, Johnson had heard from nearly the entire Ohio State staff after the news from Tuesday.

Paris Johnson, listed at 6 feet 7 and 287 pounds this season, was named a Division I first-team all-state selection last week. He is Ohio’s No. 1 rated player overall in the 2020 class by 247Sports. He is rated the nation’s top-rated offensive tackle in his class.

Mark Porter, director of ScoutingOhio.com, told WCPO before the season he thought Paris Johnson could play left tackle at any college program in America right now.

“He has all the tools,” Porter said. “He’s an unreal athlete for his size.”

Johnson verbally committed to the Buckeyes June 28, 2018, according to 247Sports.

"Obviously, Paris was disappointed by this news," St. Xavier coach Steve Specht said. "We spoke about the situation and discussed his options moving forward with recruiting."

He’s been one of the most highly-recruited area football players in the past handful of years. Johnson’s other scholarship offers have included the likes of Alabama, Auburn, Clemson, Florida, Georgia, Notre Dame, Michigan, Oregon, Texas, Penn State, Oklahoma, UC, Kentucky and several others.

Monica Johnson told WCPO that Paris has a very strong connection with Meyer.

“We are disappointed in this morning’s announcement; we are continuing to process the news,” Monica Johnson said.

St. Xavier (5-6) made the postseason for the 10th consecutive year. The Bombers lost to Colerain in the first round of the playoffs. Colerain (14-1) was the Division I state runner-up.