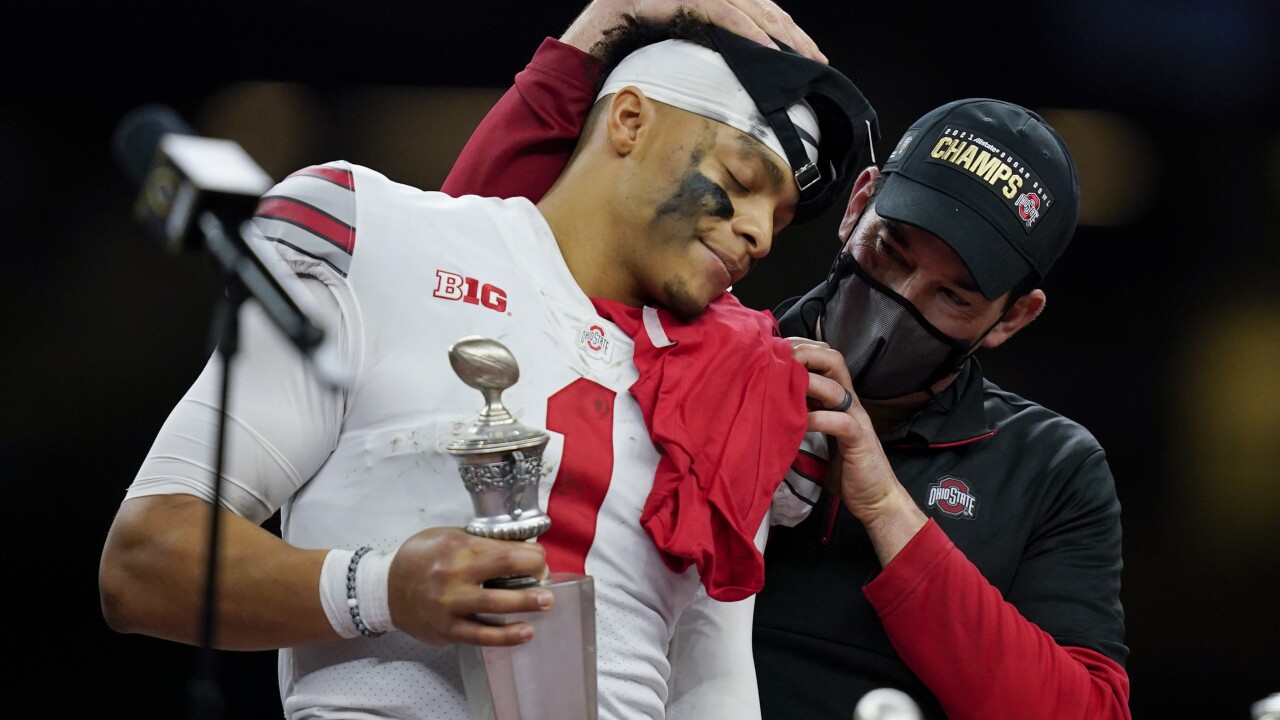 College Football Playoff executive director Bill Hancock said Tuesday the national championship game between Alabama and Ohio State is still a go for Monday night amid a report that the Buckeyes are having COVID-19 issues.

AL.com reported that Ohio State has been in contact with CFP officials about possible player availability problems that could force the game to be delayed. Those discussions were confirmed to The Associated Press by a person with knowledge of the situation who spoke on condition of anonymity because no one had been authorized to speak publicly about the details.

Ohio State athletic director Gene Smith said in a statement that the Buckeyes continue to follow the same protocols they have all season. “We plan to play January 11,” Smith said.

Hancock said there were no changes and the game in Miami Gardens, Florida, between the top-ranked Crimson Tide and the third-ranked Buckeyes was still scheduled for Monday night as planned.

Hancock has previously said Jan. 18 is a potential makeup date if necessary.

The pandemic threatened to shut down major college football altogether in the summer, but a season was played through dozens of postponements and cancellations, and with teams getting through games shorthanded because of the virus.

About 87% of the regular-season Bowl Subdivision schedule was played. For Ohio State, though, it has been an especially bumpy road.

The Big Ten initially canceled the fall football season in August, only to reverse course in September. The conference kicked off in late October but left no room in the nine-week schedule for makeup games.

The Buckeyes had three games called off, two for COVID-19 issues with their opponents and one due to their own problems. Ohio State played its final regular-season game and the Big Ten championship game missing more than 20 players. Coach Ryan Day tested positive and was not with the team for its game against Michigan State on Dec. 5.

The Buckeyes made the playoff after playing only six games and with the Big Ten changing the minimum number of games needed to qualify for the championship.

Ohio State’s unavailable players list shrunk last week for the Sugar Bowl against Clemson, and the Buckeyes beat the Tigers 49-28.

Alabama made it through its season relatively unscathed by the virus. The Tide had one game postponed because of LSU’s COVID-19 issues but it was later made up. Coach Nick Saban tested positive for the virus and was forced to miss Alabama’s rivalry game against Auburn.