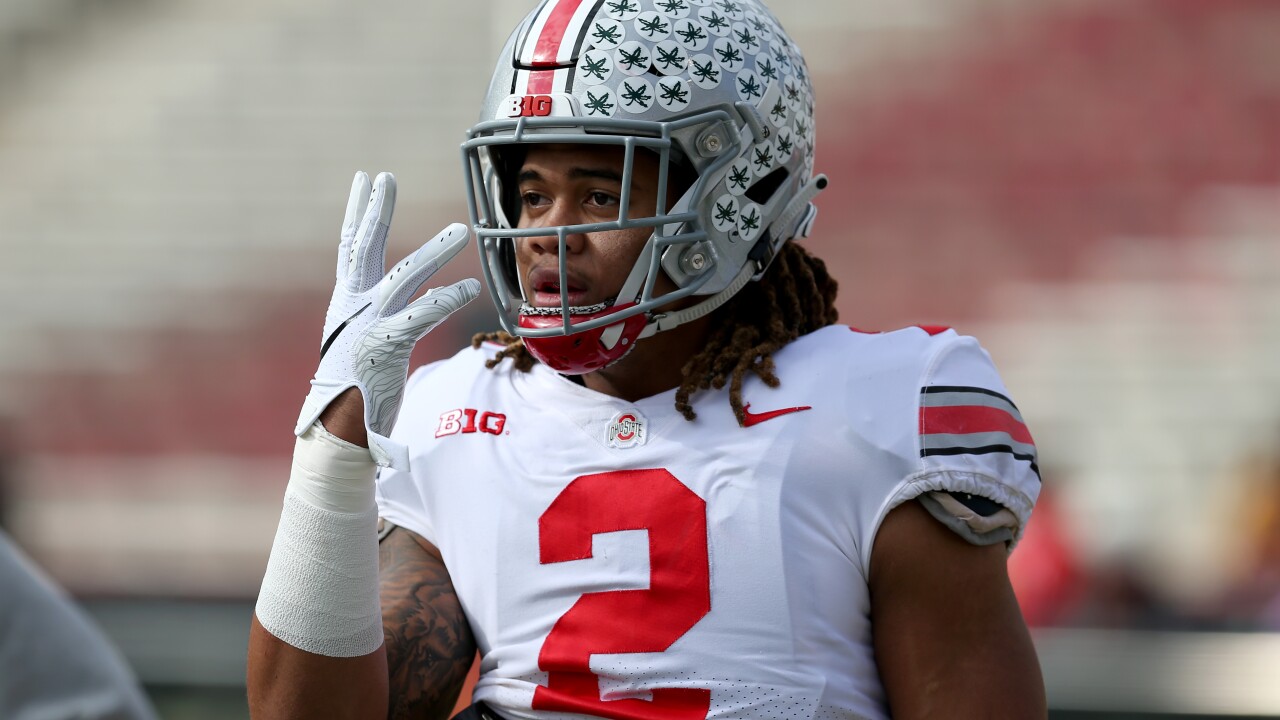 COLUMBUS, Ohio (AP) — No. 3 Ohio State announced Friday it will not play star defensive end Chase Young against Maryland this weekend amid concerns he violated NCAA rules by taking a loan last year from someone he describes as a "family friend."

The surprising move was disclosed in the team's status report and depth chart for Saturday's game. Ohio State said only that Young was being held out because of a "possible NCAA issue from last year" the athletic department is "looking into." The school did not elaborate or say how long he might be out.

Young, however, took to Twitter a short time later.

"I made a mistake last year by accepting a loan from a family friend I've known since the summer before my freshman year at OSU," he wrote on his verified Twitter account Friday morning. "I repaid it in full last summer and I'm working with the University and NCAA to get back on the field as soon as possible."

Tim Nevius, an attorney and former NCAA investigator, confirmed he is working with Young. He tweeted that Young "took a small loan from a close family friend last year to cover basic life expenses. Loan was repaid months ago and we're working to restore his eligibility."

The suspension has been the first hint of off-field trouble or any significant adversity for the Buckeyes, who are ranked No. 1 in the current playoff rankings with legitimate hopes for a national championship in coach Ryan Day's first season in charge. A year ago, Ohio State had just emerged from a scandal that saw coach Urban Meyer suspended for three games for mismanaging domestic-abuse allegations against a former assistant coach.

Meyer, citing health reasons, retired at the end of the season, and Day was elevated to the top job. His team has rolled, winning every game by at least 24 points behind a prolific offense and a stingy defense.

Young, a 6-foot-5, 265-poiund junior from Hyattsville, Maryland, leads the nation in sacks with 13.5 after a dominant performance two weeks ago against Wisconsin that thrust him into the Heisman Trophy race. He was a preseason Associated Press All-American and is projected to be one of the first players taken in next year's NFL draft.

The Buckeyes are 42-point favorites against Maryland and will be heavily favored next week against Rutgers whether Young plays or not. Their final two games, however, will have Big Ten and national championship implications: at home against No. 5 Penn State and on the road against archrival No. 14 Michigan.

Nevius, a former college athlete at Dayton, also tweeted that "unfair and outdated NCAA rules punish athletes for making ends meet while enriching everyone else."

The NCAA last month took the first step toward allowing college athletes to cash in on their fame, voting to permit them to "benefit from the use of their name, image and likeness." The NCAA's three divisions have been told to create the necessary new rules immediately and have them in place no later than January 2021.