Ohio State vs. Clemson has feel of a national championship game 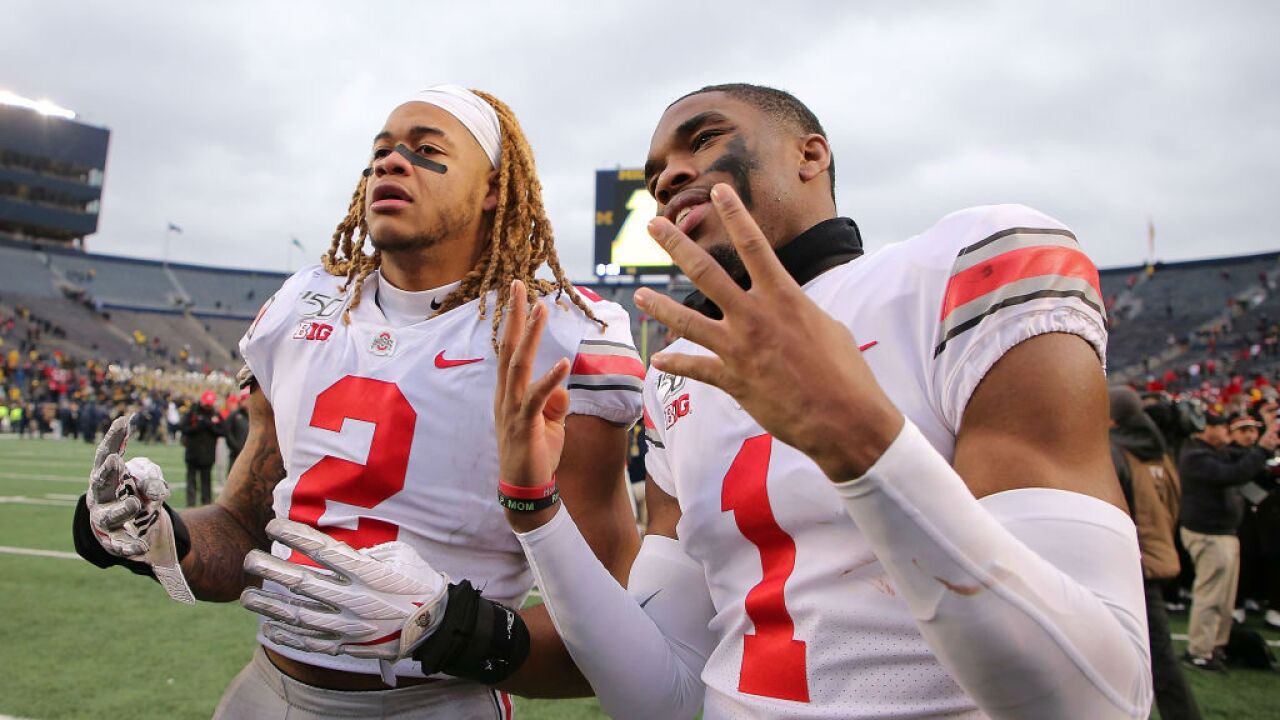 SCOTTSDALE, Ariz. — When Clemson coach Dabo Swinney grew up an Alabama fan, crowning a college football champion was all about polls and bowls and the best teams often never got a chance to settle it on the field.

“It'd be pretty cool to go back in time and take some of those teams, get the top four, and kind of do the playoff,” Swinney said Friday during the final Fiesta Bowl news conference with Ohio State coach Ryan Day. “And that's what we have. We have a really cool setup in college football.”

With the College Football Playoff, national champions are now undisputed. More often than not the title game has produced intrigue and thrills. What the playoff has lacked in its first five years is drama on semifinal day. Only two of the 10 semifinals have been one-score games. Average margin: 21 points.

Clemson has won 28 straight games, the nation's longest current streak. The Tigers are No. 1 in the nation in points allowed and No. 4 in points scored.

Ohio State has won 19 straight games, second only to Clemson. The Buckeyes are No. 1 in the nation in scoring and No. 3 in points allowed.

The winner advances to the national title game on Jan. 13 in New Orleans to face either No. 1 LSU or No. 4 Oklahoma.

“When you look at the guys on both sides of the ball on both teams, you've got a lot of NFL players who will be playing for a long time,” Ohio State coach Ryan Day said. “It will be fun to see those guys playing against each other and competing. But you talk about a collection of power, speed, strength, you kind of look on both sides. It's there.

Of course, Swinney loves the playoff. Clemson is making its fifth straight appearance as Atlantic Coast Conference champion. The Tigers have played in three CFP championship games and won two of the last three titles. They have nudged Alabama to the side and now stand with the Crimson Tide as college football's gold standard.

Ohio State has been just below that tier of two. The Buckeyes won the first College Football Playoff in 2014, making a run from the fourth seed, but have made only one appearance since.

It did not go well. Clemson beat Ohio State 31-0 in the 2016 Fiesta Bowl, maybe the low point in what has been one of the great runs in the history of the storied program. In the last nine years under coach Urban Meyer and Day, the Buckeyes are 96-9 with four Big Ten titles.

“I know that we're always in the conversation year in and year out, and have been since (the playoff) started,” Day said. “Some of the things that have happened in the past have nothing to do with this team, with this coaching staff.”

Justin Fields arrived as a transfer from Georgia with all the best talents of recent Ohio State quarterbacks rolled into one 6-foot-3, 225-pound package. Fields, a former five-star recruit, can sling it like Dwayne Haskins and run it like J.T. Barrett — except he might be better at both.

Fields has 40 touchdown passes, 10 touchdown runs and has thrown just one interception.

“Big arm. Able to hit his holes. Sit it in the pocket. Taking whatever needs to be done,” Clemson safety Tanner Muse said. “He's a very strong guy. And then his legs. I think his legs are what make him an elite player.”

On the other side, Clemson quarterback Trevor Lawrence, a Georgia native like Fields, already has a national championship on his resume. Last year, he became the first freshman quarterback since 1985 to lead his team to a title.

“Unbelievable player,” Ohio State linebacker Tuf Borland said. “You can't say enough good things about him. You guys see him sitting back there and making throws all over the field. He's also able to extend the play, when he gets out of the pocket and finds some open guys.”

For as good as the Buckeyes and Tigers have been this season, both have tried to position themselves as disrespected underdogs.

The Buckeyes are quick to point out they weren't picked to win the Big Ten and they will come into the game with the better seed but about a 2-point underdog.

Swinney has complained all year that Clemson was not getting the usual respect granted to a defending national champion. He made sure to point out to his team that it was the first since 1966 to start to the season No. 1 in the AP poll, win all of its games, and finish No. 3.

Nobody is really buying any of it. For the first time in the College Football Playoff a semifinal features a matchup of superpowers.