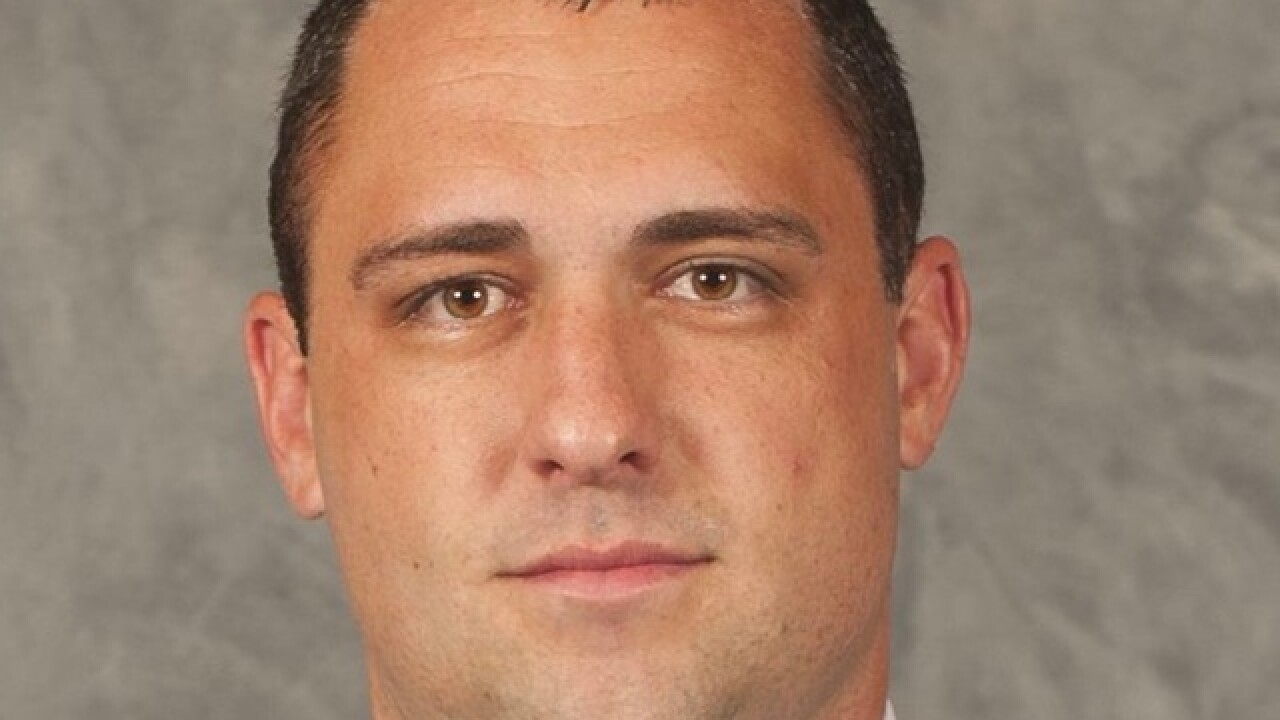 COLUMBUS, Ohio -- Ohio State University's athletics department, which has been the subject of intense criticism after more than 100 people reported having been sexually abused by a former team physician, responded to a new public relations SNAFU with a quick termination.

According to the Columbus Dispatch, Courtney Smith said she had been "harassed, stalked and intimidated" by her ex-husband since their divorce. The protection order arrived two days after Zach Smith was charged with criminal trespassing for dropping their son off at Courtney Smith's home rather than a pre-arranged public place.

"I am now in even more fear than ever before," Courtney Smith wrote in a sworn affidavit quoted by the Dispatch. "Zach believes he is above the law and has no respect for the authorities. I fear for my safety and my life."

McMurphy discovered Zach Smith had once been arrested after a physical altercation with his ex-wife on their first wedding anniversary in 2009, while she was pregnant with their first child. At the time, Courtney Smith said her husband had thrown her against a bedroom wall after a fight over him bringing another woman home. She did not press charges.

He was again arrested for felonious assault and domestic abuse in October 2015. Courtney Smith said she had been the victim of "sustained physical abuse" at his hands.

The order filed Friday prevents Zach Smith from getting within 500 feet of his ex-wife for the next five years.

The Ohio State athletic department has struggled in recent months with other allegations of bad behavior from its staff. Although former athletes said they reported the inappropriate behavior and invasive exams of team doctor Richard Strauss as early as the ‘70s, he continued to work at the school for decades.

More than 100 former students have provided firsthand accounts of sexual misconduct by the now-dead physician, according to the university.

Those who say they've been interviewed by investigators include wrestlers who say they were groped during physicals and a former student who says he witnessed and experienced sexual abuse in one day while working at Strauss' off-campus medical office in the mid-1990s.

Republican U.S. Rep. Jim Jordan was an assistant coach at Ohio State from 1987 to 1995 but said he never knew about the alleged abuse.