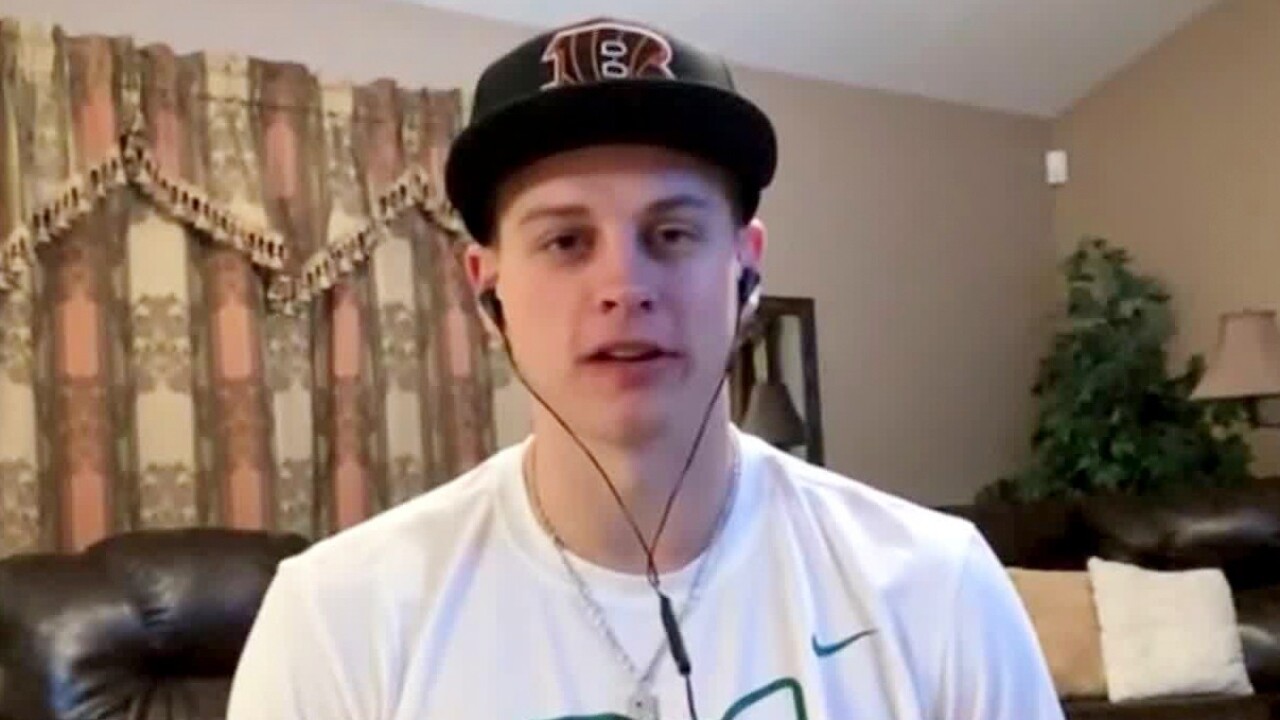 In a tweet, the Ohio native cited his own good luck after never getting off the bench in two seasons at Ohio State before transferring to LSU and rising to the No. 1 pick in this year's NFL Draft.

I feel for all college athletes right now. I hope their voices are heard by the decision makers. If this happened a year ago I may be looking for a job right now.

Burrow, who had an unspectacular season as a junior, broke college passing records as a senior, won the Heisman Trophy and led undefeated LSU to the national championship a few months before the coronavirus pandemic hit the U.S.

The college football world was in a tizzy Monday following a Detroit Free Press report that Big Ten presidents and chancellors had already agreed to cancel fall sports due to safety concerns. The Big Ten was withholding an announcement in hopes that other Power 5 conferences - the SEC, ACC, Big 12 and Pac-12 - would follow suit, the report said. Power 5 commissioners held an emergency meeting on Sunday.

In a tweet, an Ohio State football captain, linebacker Justin Hilliard from St. Xavier High in Cincinnati, insisted the Buckeyes were following stringent safety protocols and held out hope the season could be preserved.

Years of work will come down to votes from Presidents and Execs who haven’t even witnessed our protocols and safety measures with their own eyes. Our guys are safe. #WeWantASeason

Swinging as hard as we possibly can right now for these players!! This isn’t over! #FIGHT

As of 1 p.m. Monday, a Big Ten spokesperson said the schools had not voted. Canceling football will not be done lightly because it's the cash cow for athletic programs at places like Ohio State and Michigan and would mean losses of millions of dollars.

Just got a text from a Big Ten spokesman. "No vote has been held by our presidents and chancellors." Hence, the Big Ten watch continues.

The Pac-12 seems likely to follow the Big Ten in canceling fall sports, but the SEC isn't ready to jump on the bandwagon, according to Dan Patrick. Patrick reported on his radio show that the SEC is trying to convince the Big 12 and ACC to hold off on any decisions and salvage a season.

DP was told an hour ago that the Big 10 and Pac 12 will cancel their football seasons tomorrow... The ACC and the Big 12 are on the fence.. And the SEC is trying to get teams to join them for a season.

The commissioner of the University of Cincinnati's conference, the American Athletic, says the AAC wants to play fall football but concedes it is at the mercy of the Power 5.

Could UC end playing Nebraska after all? Coach Scott Frost said Monday that the Cornhuskers are prepared to play this fall even if it's outside the Big Ten. UC was supposed to visit Lincoln on Sept. 1`2, but the game appeared to be canceled when the Big Ten previously announced it would only play intraconference games.

Meanwhile, the Mountain West announced Monday the "indefinite postponement" of football and other fall sports, making it the fourth conference to do so. The Mountain West includes Boise State and Air Force.

Under the hashtags #WeAreUnited and #WeWantToPlay, some of the biggest stars in college football – including Clemson QB Trevor Lawrence - issued a joint statement Sunday night expressing their desire to play the 2020 season and their intention to form a college football players association in the future.

In the short term, the group said players should have the chance to opt out of the upcoming season and they should be guaranteed another year of eligibility whether they play this season or not.

The Big Ten would be the first major conference to cancel fall sports. Others are the Mid-American Conference (including Miami University) of the FBS, the Pioneer Football League in the FCS and North Coast Athletic Conference in Division III.