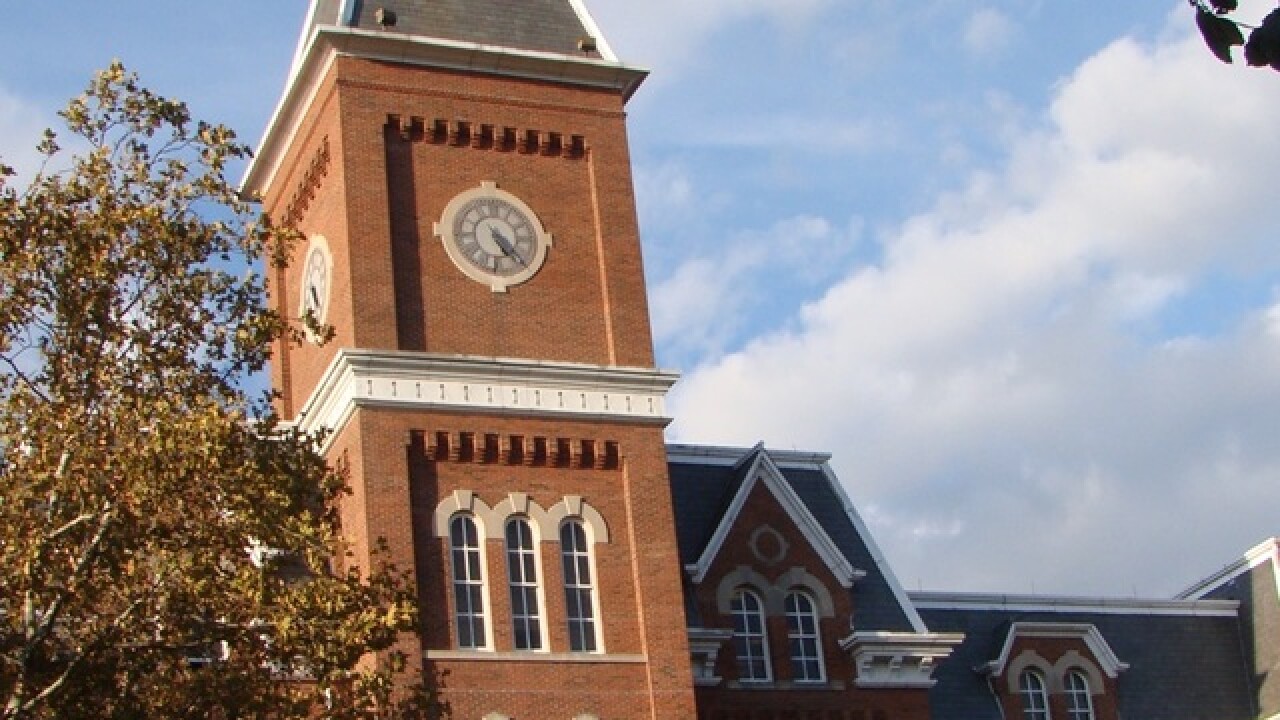 A group of 37 former Ohio State University athletes, including the first man to complain of being sexually abused by longtime athletic doctor Richard Strauss, filed a Title IX suit against the university Wednesday in federal court.

According to the complaint, “OSU funneled Plaintiffs and other student-athletes to Strauss with assembly-line efficiency” over a period of decades, repeatedly ignoring their complaints of discomfort and neglecting to exercise any administrative powers that could have curbed the abuse.

“OSU concealed, intentionally ignored, or disregarded athletes’ repeated reports and other widely known information that indicated Strauss was a threat to his male patients,” the suit reads.

Its allegations align with the results of an independent report released May 17, which found university coaches, trainers and other staff had been told about Strauss’s habits — among them performing extensive, unnecessary genital exams and showering with athletes — as early as 1979.

Strauss died of suicide in 2005. Public allegations of his misbehavior would not emerge until 2018, when former wrestler Michael DiSabato broke the seal on what became more than 150 separate allegations Strauss had groped, probed and otherwise sexually harassed male athletes under the guise of medical examinations.

DiSabato is the only plaintiff named in the suit. Thirty-six other athletes who competed at OSU in the ‘80s and ‘90s added their complaints anonymously.

Some claimed to have been abused dozens of times during medical examinations with Strauss, who they said insisted on performing hands-on genital exams for a wide variety of medical complaints — or none at all — and would sometimes ask them if they enjoyed it.

“Some of the Plaintiffs and other student-athletes reported Strauss’ examination methods to team trainers — particularly football trainer Billy Hill,” according to the suit. “While precise responses differed, the gist was almost always the same: it was not a big deal. Strauss did things his way; Strauss was just being thorough; this had gone on for years. Other benign explanations were offered. Some Plaintiffs came to believe that Strauss’ examinations were a necessary part of their participation in intercollegiate athletics that was like a ‘hazing.’”

Thirteen of the John Does listed in Wednesday’s suit reported having complained to Hill. One said the traumatic exams had prevented him from receiving another physical since 1992; another said he was so discouraged by other officials’ unwillingness to act that he left OSU and abandoned wrestling.

“Freshman year, Plaintiff reported the situation to the Head Trainer,” the suit says of yet another. “The Trainer laughed it off and acted as though he did not believe John Doe No. 35. Plaintiff heard other teammates make similar complaints about Strauss.”

The suit also alleges other administrative misconduct following the initial public wave of accusations, including that a university worker posted DiSabato’s social security number on social media and that athletic director Gene Smith barred him from OSU sports as retaliation.

(The bad blood between Smith and DiSabato is long-standing, according to a 2018 profile in the Columbus Dispatch, and predates the Strauss scandal.)

The suit seeks an unspecified amount of damages “including, without limitation, payment of Plaintiffs’ medical and other expenses incurred as a consequence of the sexual abuse and/or harassment and The Ohio State University’s deliberate indifference; damages for deprivation of equal access to the educational opportunities and benefits provided by The Ohio State University; and damages for past, present and future emotional pain and suffering, ongoing mental anguish, loss of past, present and future enjoyment of life, and loss of future earnings and earning capacity.”

OSU has acknowledged Strauss’s wrongdoing and pledged to create a more supportive environment for sexual abuse victims since the stories broke.

When the May 17 report implicating the administration’s silence in Strauss’s behavior was released, university president Michael Drake sent a message to the entire campus community, saying in part: “Our institution’s fundamental failure at the time to prevent this abuse was unacceptable — as were the inadequate efforts to thoroughly investigate complaints raised by students and staff members.”