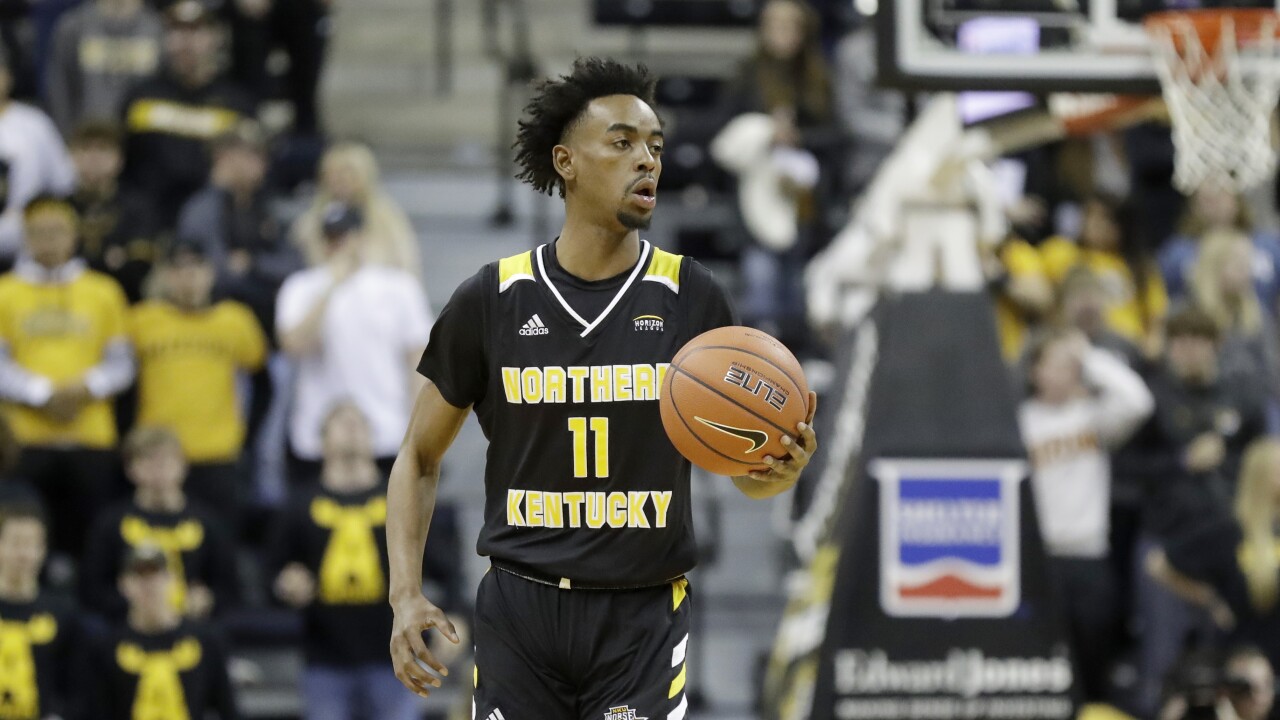 (Copyright 2020 The Associated Press. All rights reserved. This material may not be published, broadcast, rewritten or redistributed.)
Jeff Roberson/AP
Northern Kentucky's Jalen Tate brings the ball down the court during the first half of an NCAA college basketball game against Missouri Friday, Nov. 8, 2019, in Columbia, Mo. (AP Photo/Jeff Roberson)

HIGHLAND HEIGHTS, Ky. (AP) — Jalen Tate had a career-high 31 points to outduel Marcus Burk and lift Northern Kentucky to an 84-70 win over IUPUI on Friday night.

Burk led the Jaguars with 30 points on 11-of-20 shooting, his fourth game this season of at least 30 points.