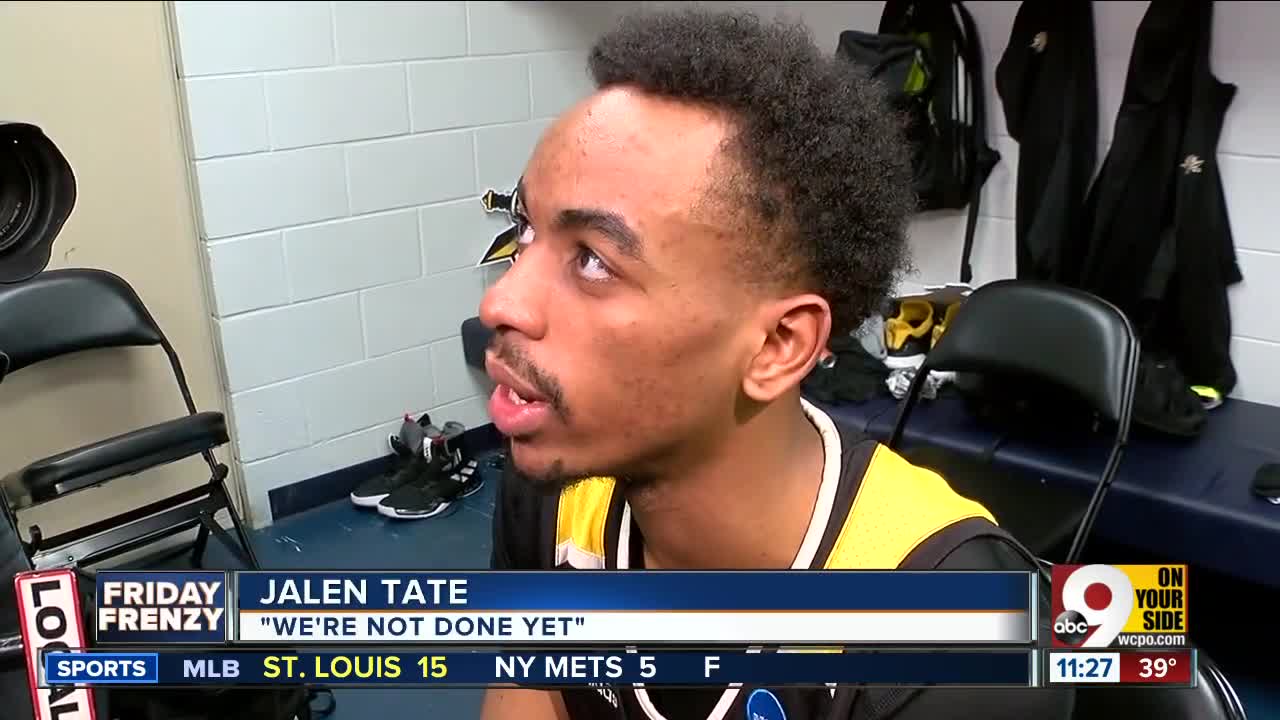 It was a loss upsetting enough to bring senior Drew McDonald to tears, but he and his teammates still accomplished something impressive by making it to the tournament at all. They plan to build on that victory in years to come. 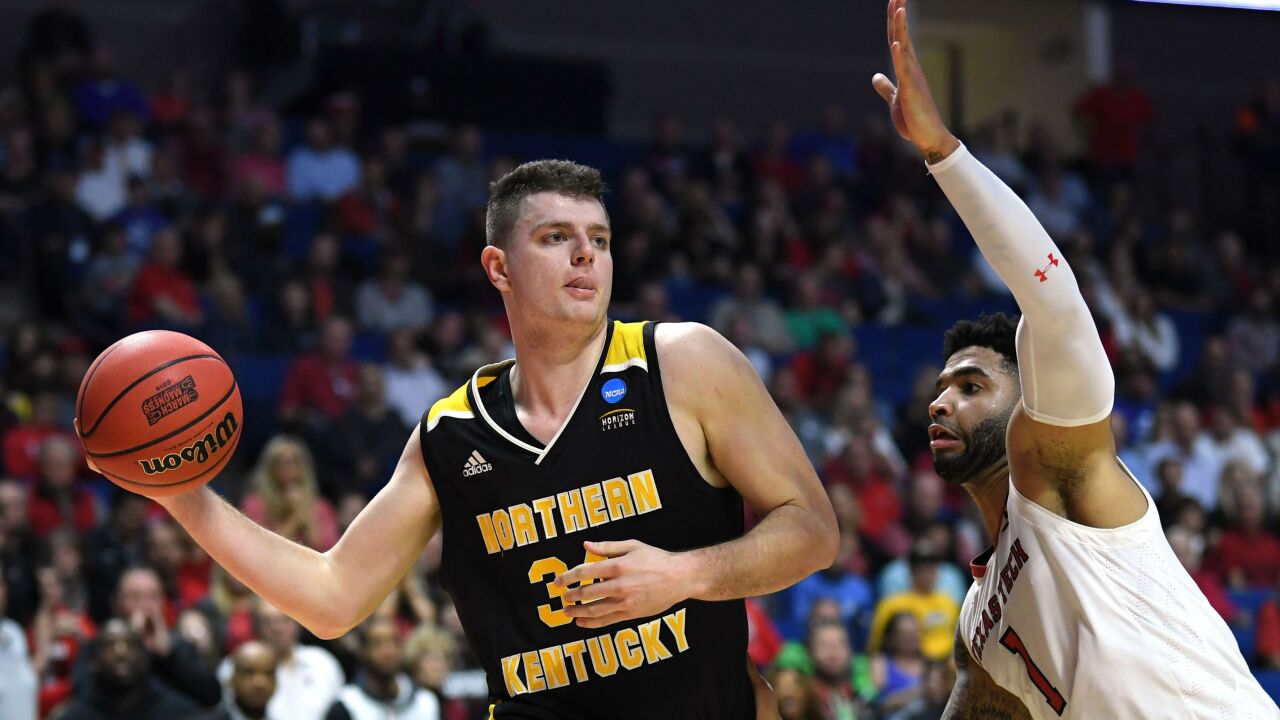 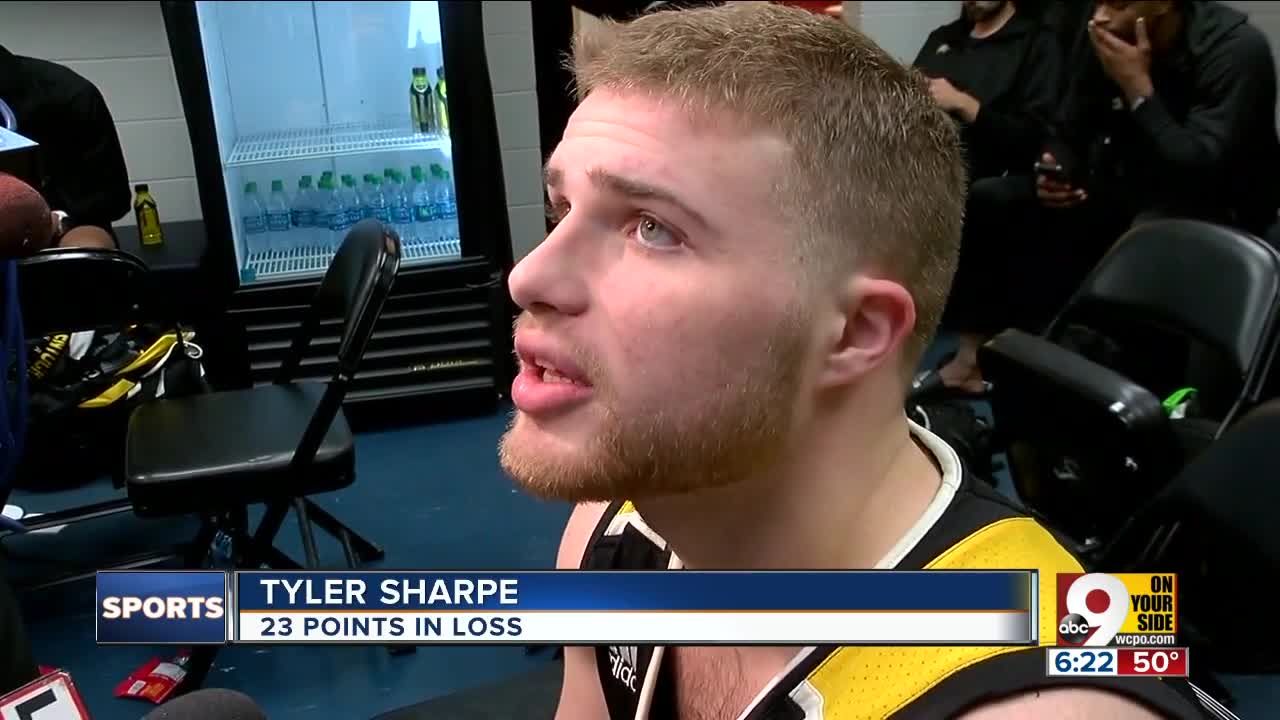 TULSA, Okla. — Drew McDonald cried as he walked to the locker room. The Northern Kentucky Norse senior star and his teammates had set their hopes high, only to have them shattered in a heartbreaking loss Friday afternoon.

The 14th-seeded Norse didn't just hope to compete with third-seeded Texas Tech in their second trip to the NCAA tournament in three years. They had thoughts of springing an upset. They lost 79-70 to Kentucky in 2017 and thought they could do better this time.

But Texas Tech manhandled McDonald in his worst game ever — just five points on 2-of-13 shooting with five shots blocked — on its way to a 72-57 victory in the West Region. Afterward, the senior covered his head with a towel as he walked through the tunnel to the locker room.

McDonald was still filled with emotion when he talked to the media after his last game in a Norse uniform. He didn't want to take it off.

“That’s the hardest part. The things I’ve done in this jersey. The memories I’ve made. How much this jersey means to me. It’ll be so tough," McDonald said. "I’ll keep it on. That’s why I get emotional. The jersey. I left my heart, blood sweat on the floor in this jersey right here. I don’t want to take it off.”

Even without McDonald's best, the Norse were still hopeful at halftime, down just 30-26 and very much in the game.

“It’s a tough pill to swallow," said Tyler Sharpe, who led NKU with 23 points. "We felt like we had a good game plan. We felt like we’d compete. The first half we did so. They’re an incredible team."

NKU, which had averaged 79.1 points per game, couldn't mount its usual offense against one of the best defensive teams in the nation. The Norse hit only 5-of-22 threes (23 percent) and 23-of-62 overall (37 percent). The Norse committed 17 turnovers to the Red Raiders' 11.

“We ran great offense. We got good looks early, especially myself," said McDonald. "Got good looks, but they weren’t going in ... A lot of it has to do with Texas Tech and their defense. They’re number one in the nation defensively for a reason."

"He was definitely one of the main focal points," Beard said. "He has the ability to score inside and out, and he's a great passer."

Sharpe, who averaged 14.1 points per game, stepped up and filled much of the scoring void for NKU.

“I knew my teammates would rely on me. It was a big game. I tried to come in, not be too aggressive, let the game come to me, take what the defense gave me," Sharpe said. "I was able to get into a rhythm early. Carried it into the second half.

"We had a positive outlook going into halftime," Sharpe said. "For it to fall apart in the second half was disappointing.”

McDonald, the Horizon League Player of the Year, had just three points until he hit a jumper with 37 seconds left. It was a sad end to a great career for the former Newport Central Catholic star. Just last week, McDonald hit a three-point buzzer-beater to save NKU from losing in the league tournament semifinals.

"He’s meant so much to this institution, so much to me personally. His legacy will go down as the greatest player to ever put on the NKU jersey," said Brannen. "We’ll recruit guys to aspire to be that one day.”

And McDonald will get over the disappointment of Friday's loss, if not right away.

“Coach said, 'You can’t let this define you.' It’s hard not to look at that right now," McDonald said. "What we achieved in my four years, and what we achieved as a team is unprecedented in school history. The way we come together and bonded is something I’ll cherish for the rest of my life.”

Although Friday night was McDonald's last shot at the tournament, sophomore Jalen Tate said underclassmen see the loss as an opportunity to learn, grow and — hopefully — come back even better in the future.