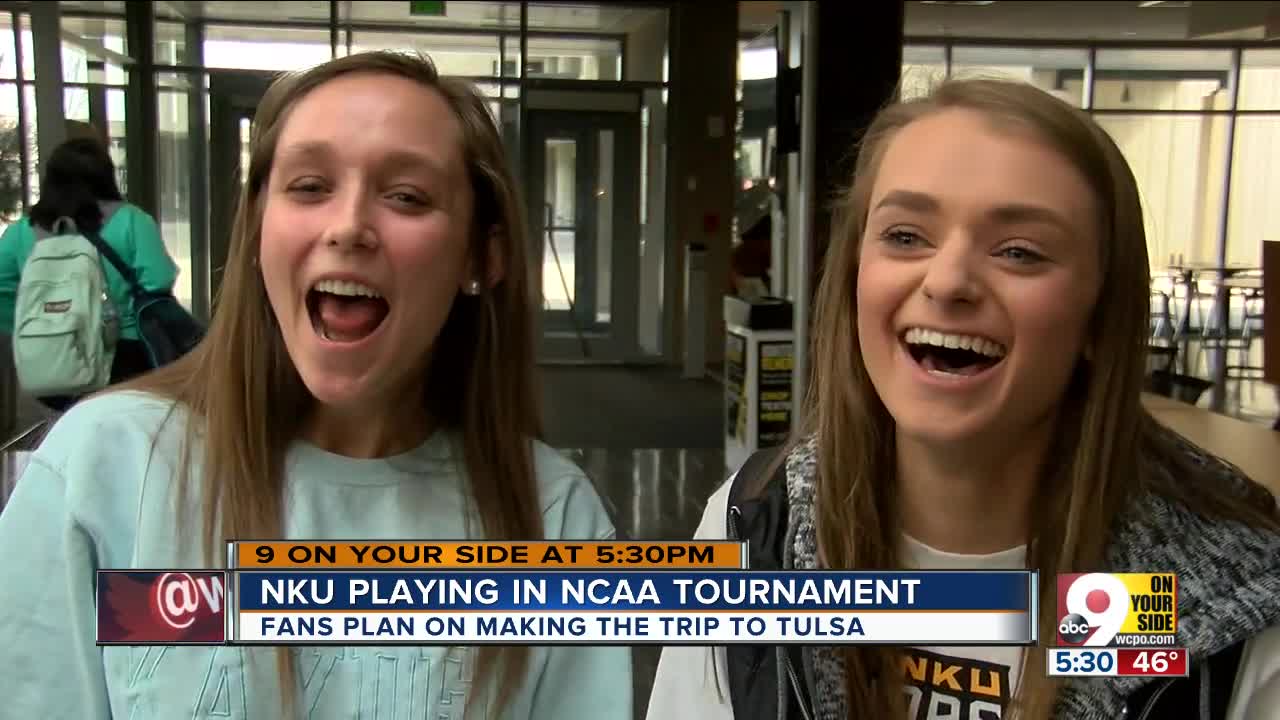 Tulsa is a trek for many Norse fans, but they're still willing to make the 10-hour drive or $500 flight to get there.

The NKU graduate student says he’s going to drive 10 ½ hours with his dad to Tulsa, Oklahoma, to watch the Norse play Texas Tech in the NCAA Tournament on Friday.

“My junior year is when they made the first NCAA tournament, so that was really awesome being on campus, seeing everybody, all the excitement that came around,” Smedley said.

Luckily for University of Cincinnati students, they won’t have to go quite as far to watch the Bearcats – just 100 miles up Interstate 71 to Columbus.

With the school on spring break, UC Athletic Director Mike Bohn is counting on students and alums to make the short drive, pack Nationwide Arena and provide a homecourt advantage for Friday’s game against Iowa.

“To be able to go up and play in Columbus is something we think is a terrific advantage for us,” Bohn said.

Smedley won’t have as much company from NKU fans in Oklahoma, but he figures you never know when you’ll get another chance.

Smedley said he couldn’t go to NKU’s first NCAA Tournament game against Kentucky in nearby Indianapolis in 2017. He wasn’t about to miss out again.

“I really missed being there because I went to the NIT game last year and that was an amazing experience,” Smedley said. “So this year I decided it’s time to do it. You’ve got to do your fun stuff every once in a while.”

NKU sophomores Beth Ann Griffith and Alyssa Anderson are making the trip as part of the school’s dance team.

“The atmosphere that the fans have created this year has definitely added to how much fun we have at the games,” Griffith said.

Flights to and from Tulsa start around $500 to leave Thursday and come back Monday. That’s too pricey for most students, but that doesn’t mean they will be any less excited to watch the game.

“I’m definitely going to stream it the best that I can and be there in my Norse T-shirt and my Norse hat and bleed that gold and black,” said NKU student Rebecca Brereton-Farr.

While playing in the NCAA Tournament is a new thrill for NKU, UC is going for the ninth straight year and has a rich history that includes national championships in 1961-62 and six Final Fours. But don’t get the idea that it’s old hat to UC fans.

“To have the ability for our fans to unite and be around the postseason and the NCAA tournament is special,” Bohn said.

If the Bearcats are able to win two games in Columbus, next week's games won’t be far away either – just 100 miles south in Louisville.