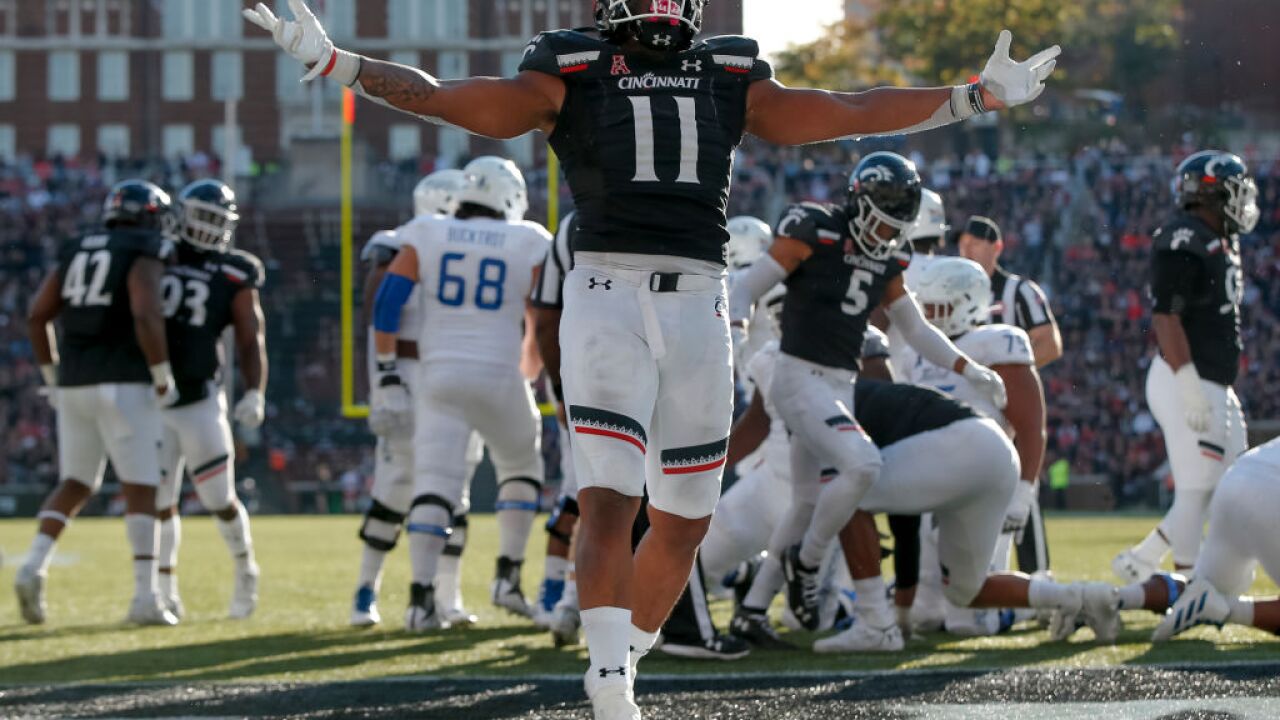 CINCINNATI (AP) — Gerrid Doaks ran for a pair of touchdowns and turned a short pass into a 28-yard score Saturday, helping No. 21 Cincinnati hold on for a 24-13 victory over Tulsa after losing its top running back.

Doaks moved into a bigger role when Michael Warren II left the game twice with leg injuries. He became the focal point of an offense that had just enough to get Cincinnati (6-1, 3-0 American Athletic) a win on a day when the Bearcats remembered one of their best teams.

The Bearcats honored the 2009 team that went unbeaten in the regular season before losing to Florida in the Sugar Bowl. Players and former Cincinnati coach Brian Kelly — in town while Notre Dame has a bye — came on the field during the first timeout.

Tulsa (2-5, 0-3) had a chance to take the lead after stopping Cincinnati on a fourth-down run at its 10-yard line with 4:11 to go and the Bearcats up 17-13, but Zach Smith threw an interception. Doaks then ran 27 yards for the clinching score.

It was a rough day for Smith, who lost three fumbles and threw two interceptions, one in the end zone. The Bearcats have nine interceptions and five fumble recoveries in the last three games.

Cincinnati was committed to running the ball against a defense that's given up the second-most yards on the ground in the conference at 203.5 per game. Tulsa was up to the challenge, limiting Cincinnati to a field goal and Doaks' 4-yard touchdown run in the first half as the Bearcats managed only 145 total yards and a 10-7 lead.

A weird play helped the Golden Hurricane get its only touchdown with 17 seconds left in the first half. The Bearcats partially blocked a punt and then touched the ball downfield. Tulsa recovered and went on to T.K. Wilkerson's 3-yard touchdown run.

Cincinnati: Warren limped off for a series in the first half and had to be helped off in the third quarter, putting little weight on his left leg. He finished with 35 yards on 13 carries. Doaks had 91 yards on 17 carries and scored on his only reception.

The Bearcats didn't help their cause much with the ragged play in their fifth straight win.

Cincinnati is off next week before playing at East Carolina on Nov. 2.