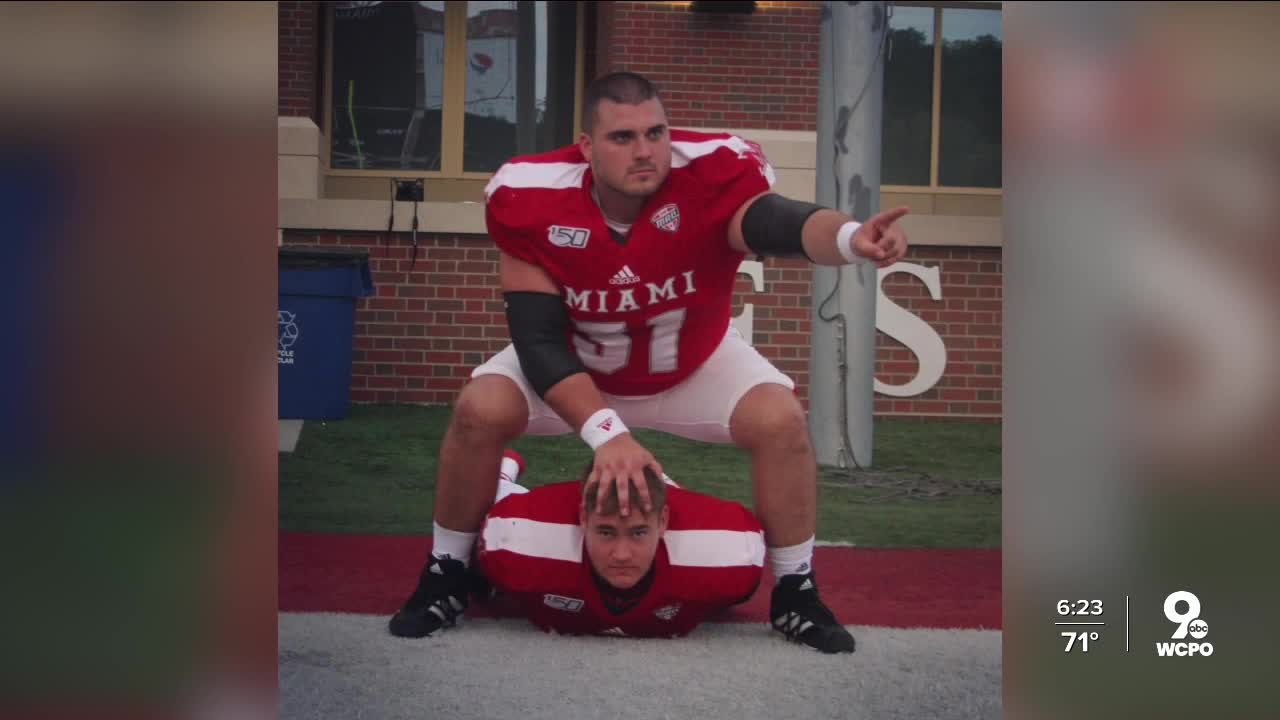 College football returned Saturday with several programs making their season debuts – Miami (OH) however, wasn’t one of them. The MAC postponed the season and that forced two Redhawk standouts to make a decision of their own. 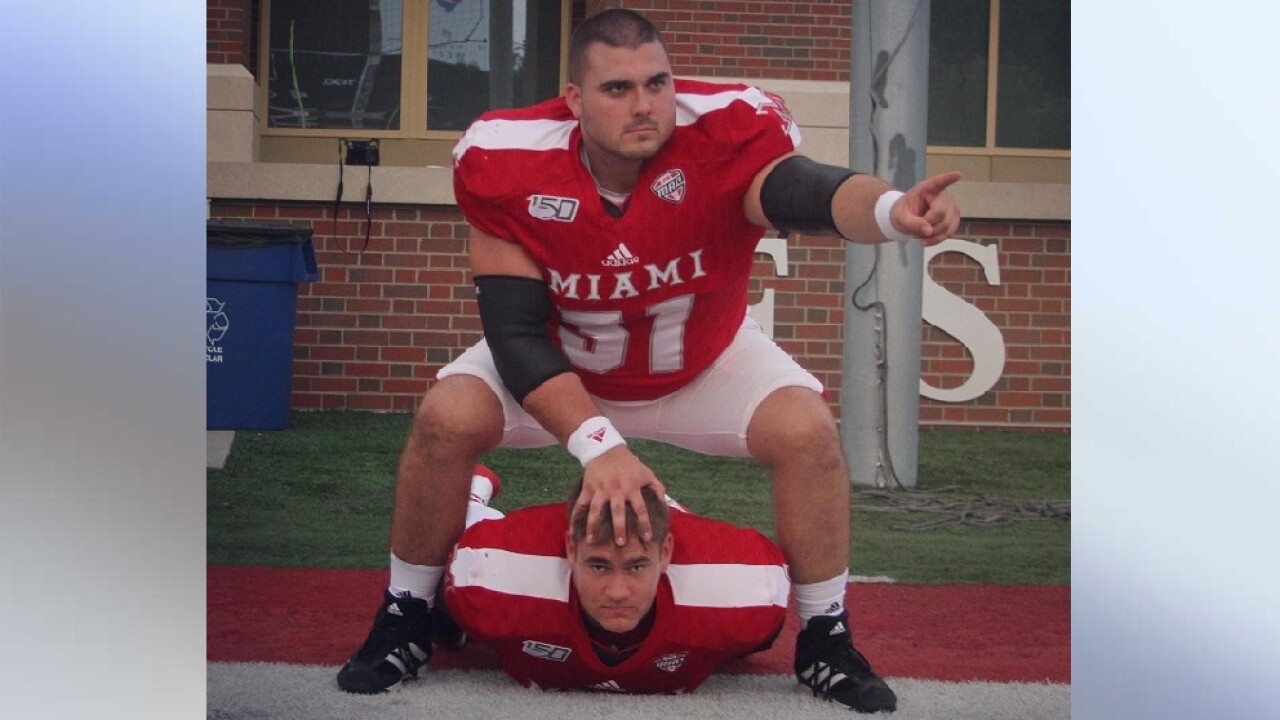 OXFORD, Ohio — Tommy Doyle is still trying to figure out what to do with his weekends. When the Mid-American Conference postponed the football season to the spring, the Miami offensive lineman found himself without a game to play on Saturdays.

His Sundays have opened up, too. At least he has buddy to spend that time with.

“Me and Danny were just talking about it, usually we’d be in the season right now. We’d have practice during most of the NFL games,” Doyle said.

Danny Godlevske is Doyle’s best friend, roommate and fellow Redhawk lineman. The two have been close since they met as high school seniors at the Miami spring game. Over time, they’ve grown from strangers to friends to brothers of a sort. They call themselves the “Bash Brothers.”

“Just a match made in heaven,” Godlevske said.

With no opposing teams to bash this fall, each had a decision to make heading into their senior season. Wait until spring, transfer and play at a school participating in a fall season or opt-out entirely and prepare for the NFL draft.

“It was bittersweet,” Doyle said. “With what we had at Miami and I felt like the season we were going to have but at the end of the day, it was the best choice.”

“Why not just sit together?” Godlevske said of the decision. “We’ve been doing this since the beginning and it’s worked so far.”

Doyle has plenty of NFL interest. He’s a 6-foot-8, 340-pound tackle who’s still growing into the position. Godlevske has more experience. He’s started on the Redhawk offensive line since his freshman year. His size (6-foot-3, 300 pounds) and position (center) aren’t as coveted as his fellow Bash Brother.

“I think (Godlevske’s) the best-kept secret in the draft right now,” Doyle said.

It’s been a long road from that spring game as overlooked prospects to just months away from playing in the NFL.

“Sure, we’re from a smaller school, but we knew we had the mindset and the work ethic to do it. So that’s what we’re doing,” Godlevske said.

For two guys who share so much, they don’t share an opinion about who’s the better player.

“The guy thinks he can play tackle. I’ve got no further comment than that,” Doyle laughed.

Soon, they won’t have to share a couch on Sundays, watching NFL games. They hope to be playing in them.