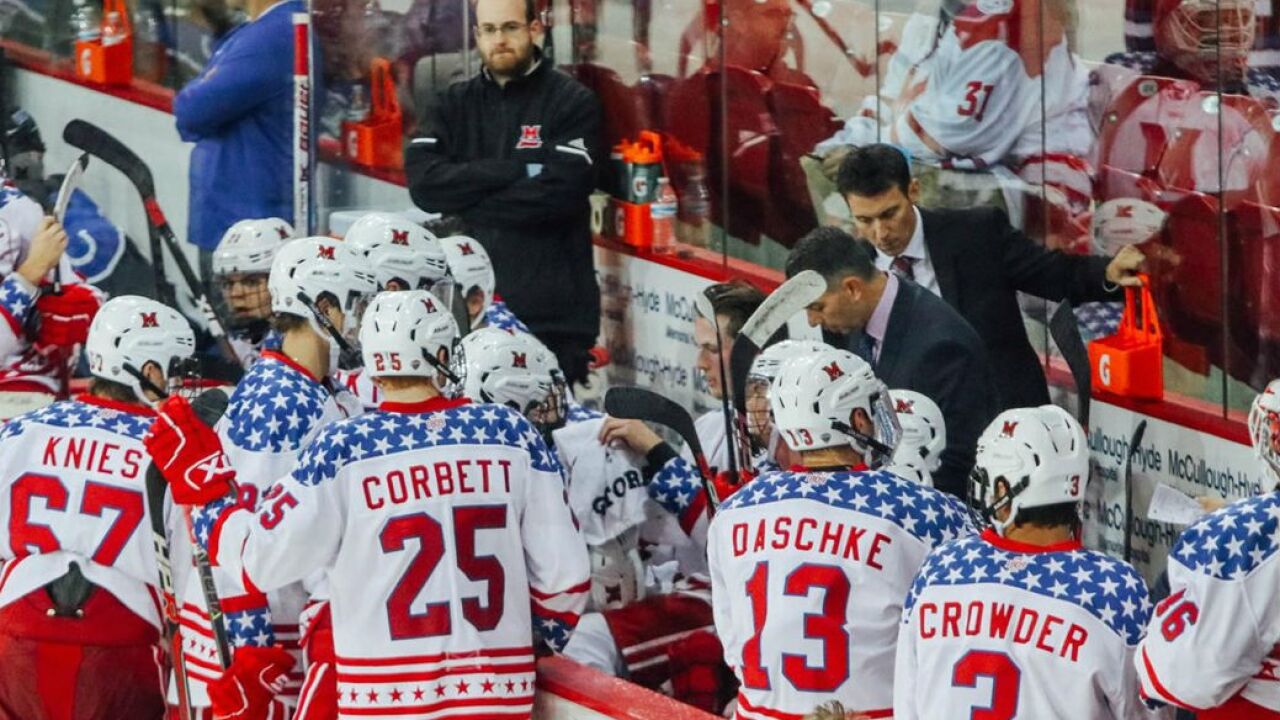 “This is a difficult day for Miami Athletics and our hockey program,” athletic director David Sayler said in a statement. “The hockey program has had strong historical success under the guidance and leadership of Rico. In addition, Rico is an exceptional person of character and devotion.”

A 1994 Miami graduate, Blasi took over the reins at his alma mater in 1999 as the youngest head coach in Division I hockey. He built such a successful program that he rose to the fifth highest paid employee at the university as of 2017, according to the Journal-News.

Blasi earned $366,768 that year, less than only the president, the football coach, the dean of the business school and the vice president of finance and business services.

But the RedHawks finished 11-23-4 overall and 5-17-2 in the National College Hockey Conference (NCHC) this past season, and Sayler said he would conduct a national search for a coach to restore Miami to prominence.

“In recent years, Miami hockey has fallen short of expectations, both within our conference and nationally,” Sayler said. “The NCHC is the strongest conference in hockey and it’s imperative that we become more competitive for conference championships and NCAA appearances.”

Blasi took over a losing program with only two NCAA appearances and coached Miami to 10 NCAA appearances, two Frozen Fours and one NCAA Championship game – the ill-fated 4-3 loss to Boston University in 2009 when the RedHawks blew a 3-1 lead in the final minute and lost in overtime. Blasi was five times Coach of the Year in the Central Collegiate Hockey Association and National Coach of the Year in 2005-06.

The RedHawks have five losing seasons and only one top-half conference finish in the NCHC, when they finished second in the regular season during the 2014-2015 season and won the conference tournament to earn a No. 1 seed in the NCAA Tournament.

Ironically, Blasi helped form the NCHC after the CCHA disbanded in a wave of conference realignment after the 2012-13 season.