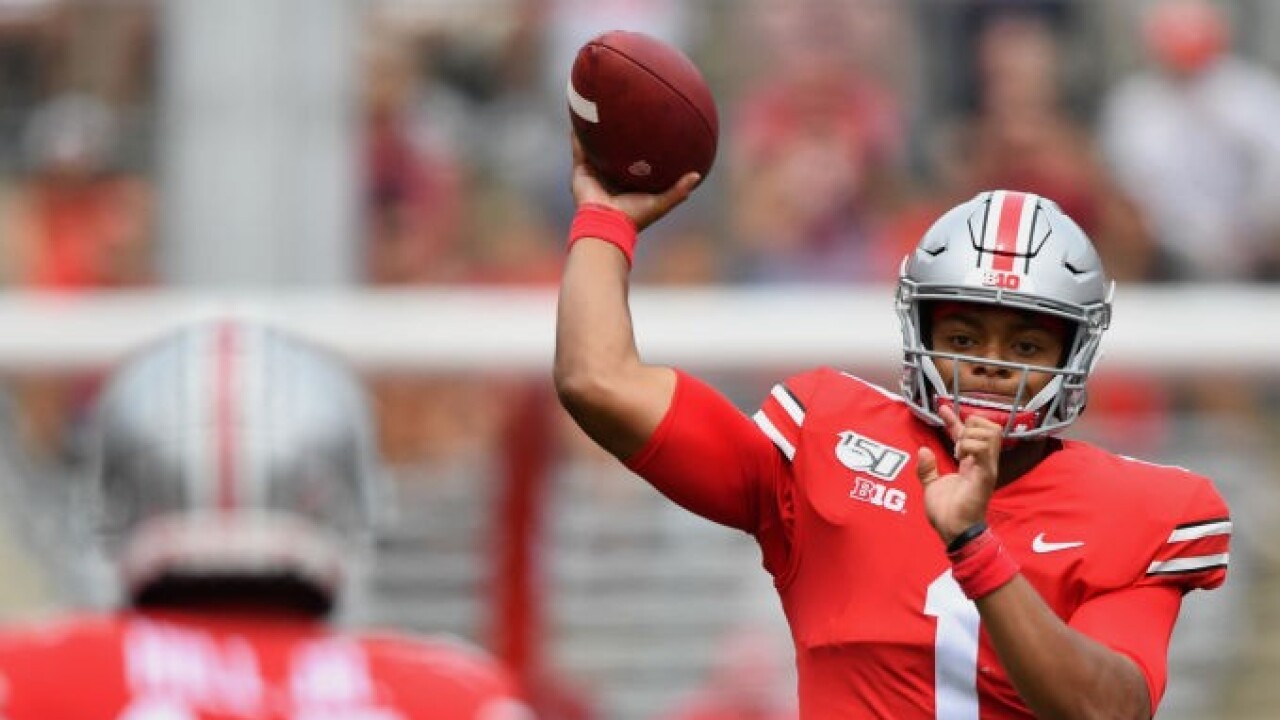 COLUMBUS, Ohio (AP) — When Ohio State quarterback Justin Fields gathered with some of his teammates last Saturday to watch college football on TV, the mood was dark.

The Big Ten decided to scrap fall sports Aug. 11 in the name of player safety because of the coronavirus pandemic. And despite the lobbying from conference coaches, players, parents and even President Donald Trump — and despite the fact that the SEC, ACC and other conferences were going forward — the prospects of getting back on the field in 2020 were looking dimmer every day.

“We were all just hurting,” said Fields, the Georgia transfer whose stellar 2019 season with the Buckeyes made him a Heisman Trophy finalist. “We literally kept saying, ‘Wow, we’re really not playing this year. This is all we’re going to be doing this year. This sucks.’”

That changed this week when the Big Ten reversed course and announced that beginning Oct. 23-24 all 14 teams will be scheduled to play eight regular-season games in eight weeks, plus have the opportunity to play a ninth game on Dec. 19.

“Very grateful to just play and play the game we love and just to have fun again,” Fields said Friday.

A likely first-round NFL draft pick whether he plays another down at Ohio State, Fields insisted he never considered leaving school to prepare for the draft in the spring because he held out hope there would be some kind of season.

Two of his teammates, cornerback Shaun Wade and guard Wyatt Davis, already had announced their departures but back-tracked this week when the Big Ten brought the season back. Minnesota wide receiver Rashod Batemen, who had opted out due to coronavirus concerns, returned to campus in Minneapolis and has applied for reinstatement.

Unlike Fields and some of the Buckeyes, Wisconsin DE Isaiahh Loudermilk couldn’t bring himself to tune in when college football returned earlier this month.

“I actually haven’t watched any,” he said. “I flipped it one time for a little bit, but not playing was kind of tough. Whenever the games were on, it was kind of tough watching them knowing that we weren’t going to be able to play.”

Training camps can begin Monday with renewed intensity and appreciation.

“It means everything,” Wisconsin quarterback Jack Coan said. “Football’s one of the most important things in my life. That’s like a lot of guys on this team. If we didn’t have it this fall, I really don’t know what I’d be doing. I’d probably be pretty bored. I’m not used to this much free time.”

The conference’s decision to play was especially poignant for Ohio State defensive end Jonathon Cooper, who missed most of his senior season with an ankle injury. He was granted a medical redshirt and decided to come back for a fifth season that almost didn’t happen.

“Seeing my team go out there without me, that motivation carried on to this year, and knowing that it can be taken away from you so quick motivates me even more,” Cooper said. “Because you can’t take a day for granted at all.”