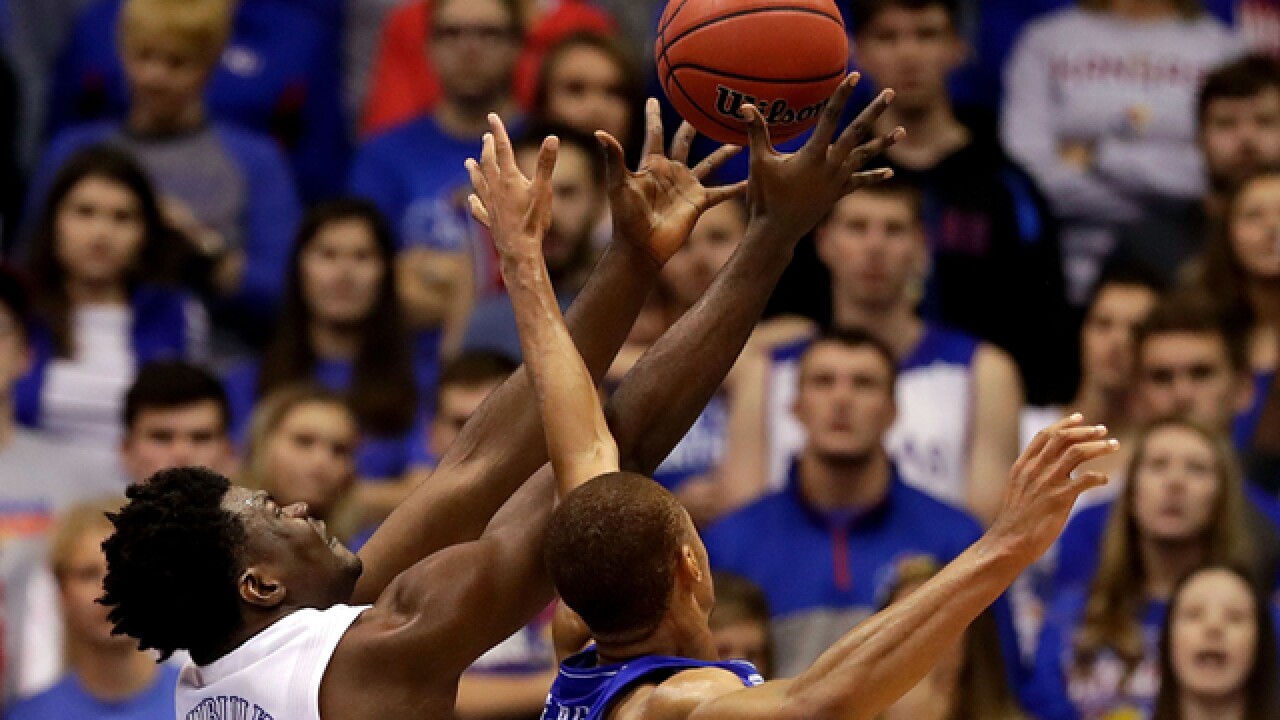 Image copyright 2018 Getty Images. All rights reserved. This material may not be published, broadcast, rewritten, or redistributed.
<p>MaCio Teague (right) battles Udoka Azubuike during the North Carolina-Asheville at Kansas game at the Allen Fieldhouse Nov. 25, 2016. Teague, a former Walnut Hills standout, announced his plan to transfer to Baylor on Monday. (Photo by Jamie Squire/Getty Images)</p>

MaCio Teague, a 6-foot-3 guard who has played the past two seasons at the University of North Carolina Asheville, received his release to transfer and will sit out the upcoming season and have two years of eligibility remaining.

Walnut Hills coach Ricardo Hill said Louisville and Xavier were among the other finalists. Xavier wanted Teague to visit this upcoming weekend.

He averaged 16.7 points and 4.4 rebounds as a sophomore for UNC Asheville (21-13) this past season and finished the season with 1,078 career points.

He was just the fourth and is now one of only five in Big South history to score 1,000 or more by their sophomore season, according to the school.

Teague was the Big South Conference Freshman of the Year in 2016-17.

He averaged 26.4 points and 7.5 rebounds as a senior at Walnut Hills in the 2014-15 season. He broke the school's single-game scoring record with 51 points against Piqua in the Flyin' to the Hoop Invitational in January 2015.

Teague was the Eastern Cincinnati Conference Player of the Year and the District 16 Coaches' Association Player of the Year. He completed a prep year at nationally-recognized Montverde Academy in Florida before arriving at UNC Asheville.