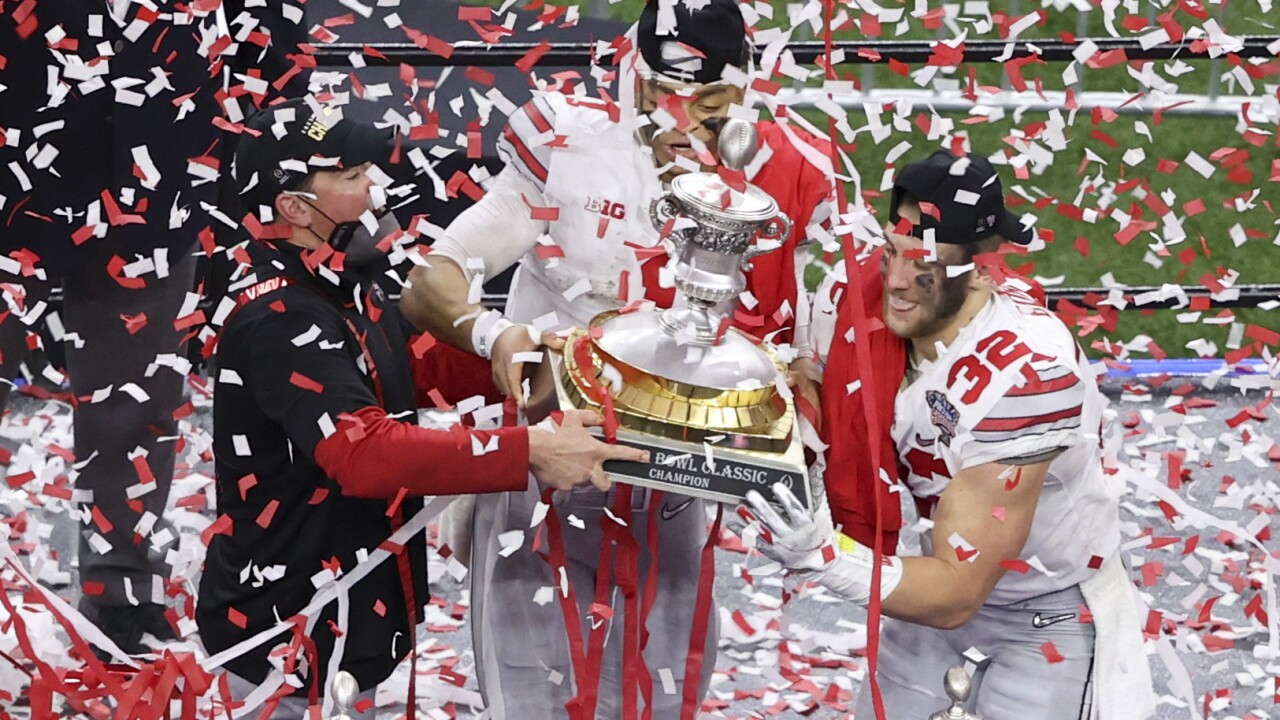 The 7-0 Buckeyes head to the CFP championship game for the first time since the inaugural playoff to face No. 1 Alabama on Jan. 11 at Hard Rock Stadium in South Florida.

Ohio State beat the Crimson Tide in the semifinals on the way to the 2014 national championship and will now have to go through mighty 'Bama again.

Lawrence is the presumptive No. 1 pick in the NFL draft, but Fields outplayed him on this night, setting a Sugar Bowl record for TD passes.