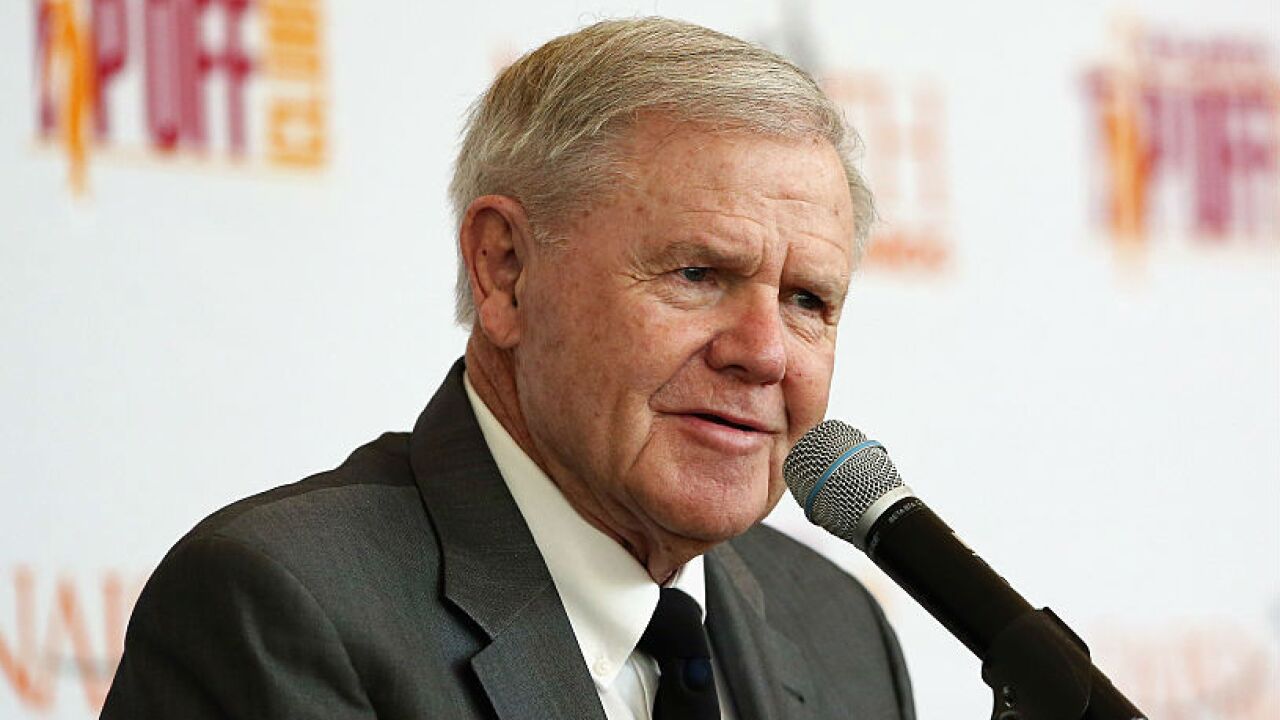 Tim Bradbury/Getty Images
HOUSTON, TEXAS - APRIL 03: Former head coach Denny Crum of the Louisville Cardinals speaks at the podium after being presented with the 2016 Naismith Outstanding Contributor to Mens Basketball Award during the 2016 Naismith Awards Brunch at Hobby Center for the Performing Arts on April 3, 2016 in Houston, Texas. (Photo by Tim Bradbury/Getty Images)

LOUISVILLE, Ky. - Former Louisville basketball coach Denny Crum has been hospitalized after recently suffering a stroke, according to an official with Crum’s foundation.

Jonathan Israel, the principal fundraiser for the Denny Crum Scholarship Foundation, provided the information in a Twitter post attributed to the foundation on Tuesday. The post said Crum, 82, who lives in Louisville, suffered the stroke in the past week.

Hall of Fame basketball coach Denny Crum suffered a stroke this past week and is now recovering in a local hospital. Coach Crum and his family appreciates the thoughts, prayers and also their privacy while he is recovering. No other statements -Denny Crum Scholarship Foundation

The post did not mention his condition or what hospital he is in, but added that Crum and his family “appreciates the thoughts, prayers and also their privacy while he is recovering.”

There will be no other statements, the post added.

The coach suffered a stroke in August 2017 while fishing in Alaska but recovered and has attended Cardinals home games in recent years.