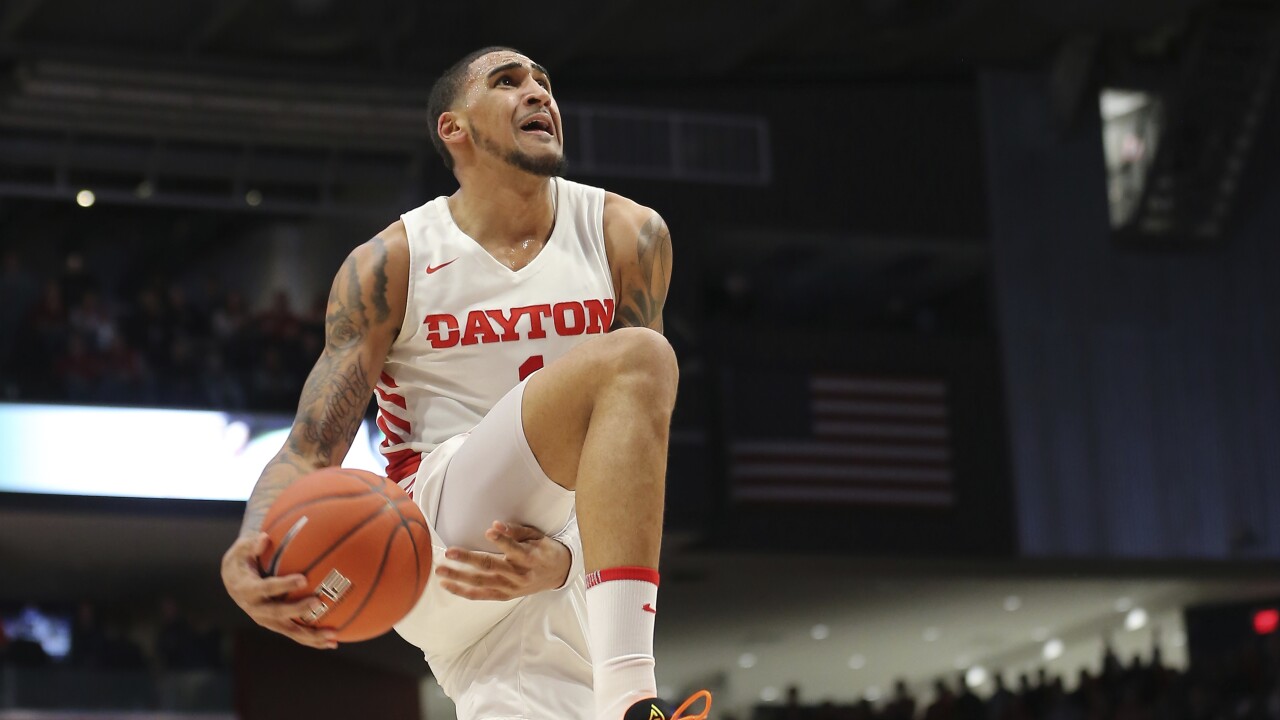 Tony Tribble/AP
Dayton's Obi Toppin goes up to dunk during the second half of an NCAA college basketball game against George Washington, Saturday, March 7, 2020, in Dayton, Ohio. (AP Photo/Tony Tribble)

Toppin had a breakout sophomore season for the third-ranked Flyers, averaging 20 points and 7.5 rebounds per game while shooting 63%.

The 6-foot-9 sophomore is Dayton’s first consensus All-American and led Dayton to a school-record 29 wins.