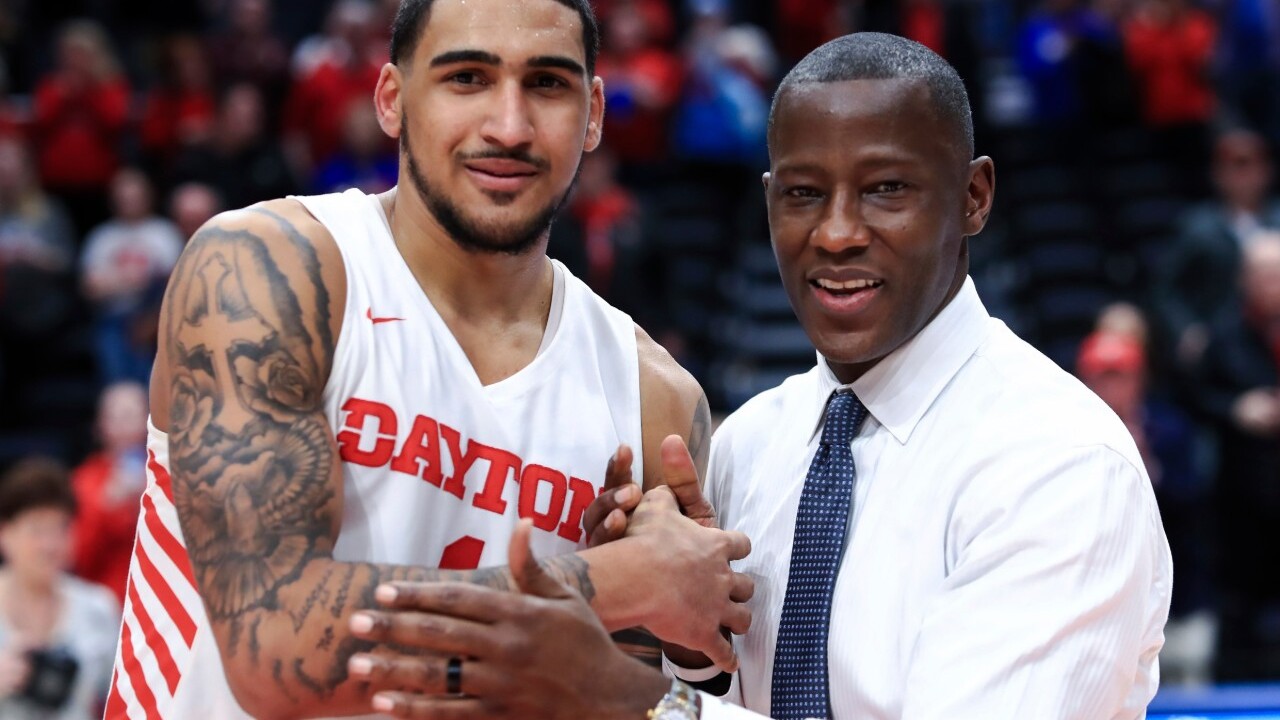 DAYTON, Ohio — The Dayton Flyers didn't get a chance to win the NCAA men's basketball title, but they got a worthy consolation prize Tuesday when All-American Obi Toppin and coach Anthony Grant swept the Associated Press player of the year and coach of the year awards.

It's only the second time in 40 years the winners came from the same team and the first since 2004 (Saint Joseph star Jameer Nelson and coach Phil Martelli). No Dayton player or coach had ever won the honors.

Toppin, a redshirt sophomore forward, received 34 votes from a national panel of 65 sportswriters and broadcasters. Iowa's Luke Garza was second with 24.

Toppin averaged 20.0 points and 7.5 rebounds a game for third-ranked Dayton, which had its highest ranking since 1955-56.

Obi Toppin is the men's AP National Player of the Year. pic.twitter.com/hEevsQGqUP

The awards mark a climax to perhaps the most thrilling season in Flyers basketball history. Dayton went 29-2 (including an overtime loss to No. 1 Kansas) and was expected to get a No. 1 seed in the NCAA Tournament before it was canceled because of the coronavirus crisis.

Dayton's best previous season came in 1966-67, when stars Don May and Henry Finkel and coach Don Donoher led the Flyers to the NCAA championship game. The Flyers lost to UCLA with Lew Alcindor (later Kareem Abdul-Jabbar), 79–64. It was UCLA's first of seven consecutive titles under coach John Wooden.

Grant, a former UD star, also was named national coach of the year by The Sporting News. Grant took over the Dayton job in 2017 after head coaching stints at VCU and Alabama.