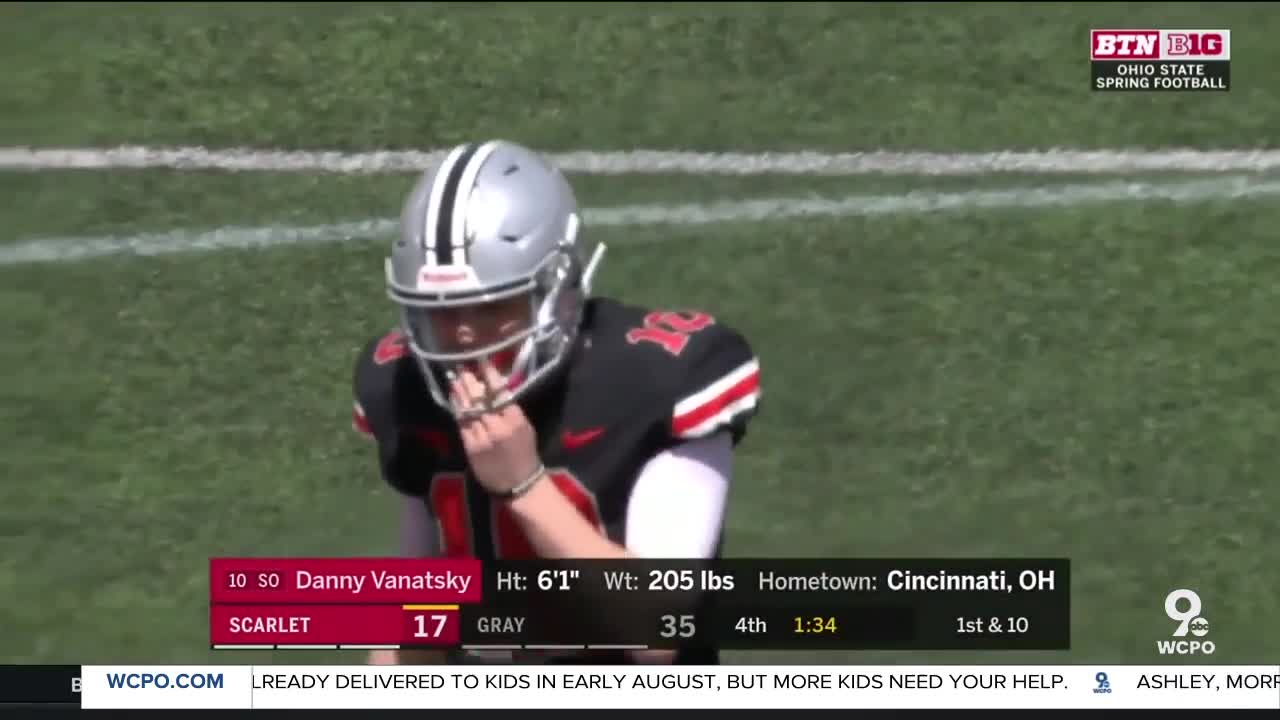 Three former Cincinnati-area football players react to the Big Ten's decision to postpone the football season due to the COVID-19 pandemic.

CINCINNATI — When Ohio State Athletic Director Gene Smith informed the football team of the Big Ten's decision to postpone this season, the silence inside the Woody Hayes Athletic Center said it all.

"There was really nothing else he could say that would make us feel any better," Ohio State junior quarterback Danny Vanatsky said. "He was pretty much straight to the point. He was fighting for us and he made sure that we knew that."

Smith informed the Buckeyes at 2:45 p.m. of the Big Ten's decision to postpone the 2020-21 fall sports season due to the COVID-19 pandemic. Fifteen minutes later, the conference officially announced the decision.

The Columbus Dispatch reported this will be the first time since 1889 that Ohio State has not played football in the fall.

Ohio State coach Ryan Day told the players that Wednesday is an off day. The Buckeyes will assess how they are allowed to process with workout plans at a later point.

"I'm hurting right now," said Vanatsky, a former Cincinnati Hills Christian Academy standout. "Super bummed out about it. But, we'll be ready, I'll be ready to play football whenever, man."

After plenty of social media speculation Monday regarding the Big Ten presidents and leanings toward some sort of postponement, the rumors continued across the college football world into Tuesday morning.

Vanatsky said the Buckeyes had weightlifting and practice but mindful of what could be announced.

Day informed the team Tuesday morning there could be some news about a decision. The players hoped for the best including a possibly delay until late September as an option.

"He wanted to ensure that we knew how proud he was of us," Vanatsky said. "How much we've worked, how talented of a team, really cohesive. We had a lot of momentum going."

More than 400 miles away, another quarterback felt the sting of the conference's decision.

Wolf heard some rumors from players across the Big Ten but then received a text message from a Wisconsin staff member that confirmed the reality after practice.

"We just wanted to focus on football," Wolf said. "We just tried to control what we could control. We couldn't really guess what would happen."

Wolf felt a sense of sadness an hour after the decision was made. But, he also understood the circumstances of why the Big Ten made its decision based upon the uncertainty of the virus.

"I was on the phone with my dad (Steve Wolf) today and I got a little emotional at the end," Wolf said. "This is not something we planned on doing in our college careers but it's something we're going to have to learn from and get back at it hopefully soon."

Wolf and Vanatsky said their teammates were coping the best they could late Tuesday afternoon.

"I feel for the seniors who really don't know what to do," Wolf said. "They don't know if they should leave for the (NFL) draft or should stay another year. Just because they're getting older and they don't know if they want to stay for six or seven years. So I feel bad for them. Hopefully the ones who do come back can experience a senior year where there is no distraction and full stadiums."

Vanatsky sent a group text to the Ohio State quarterbacks offering support in any way he could help. Although each day is uncertain, both players chose to focus on the future.

"For us, we still have our eyes set on the season whenever that is - whether it's winter or spring," Vanatsky said. "We'll be ready. For now, all we can do is keep preparing as if we are going to have a season."

Meanwhile, Nebraska continues to hope for an opportunity to compete this year. The school issued a statement of its own Tuesday.

"Nebraska has done everything possible to keep us safe and get us ready for the season and I'm very disappointed to hear the news."