'I try to tell our guys: Don’t drink that poison' 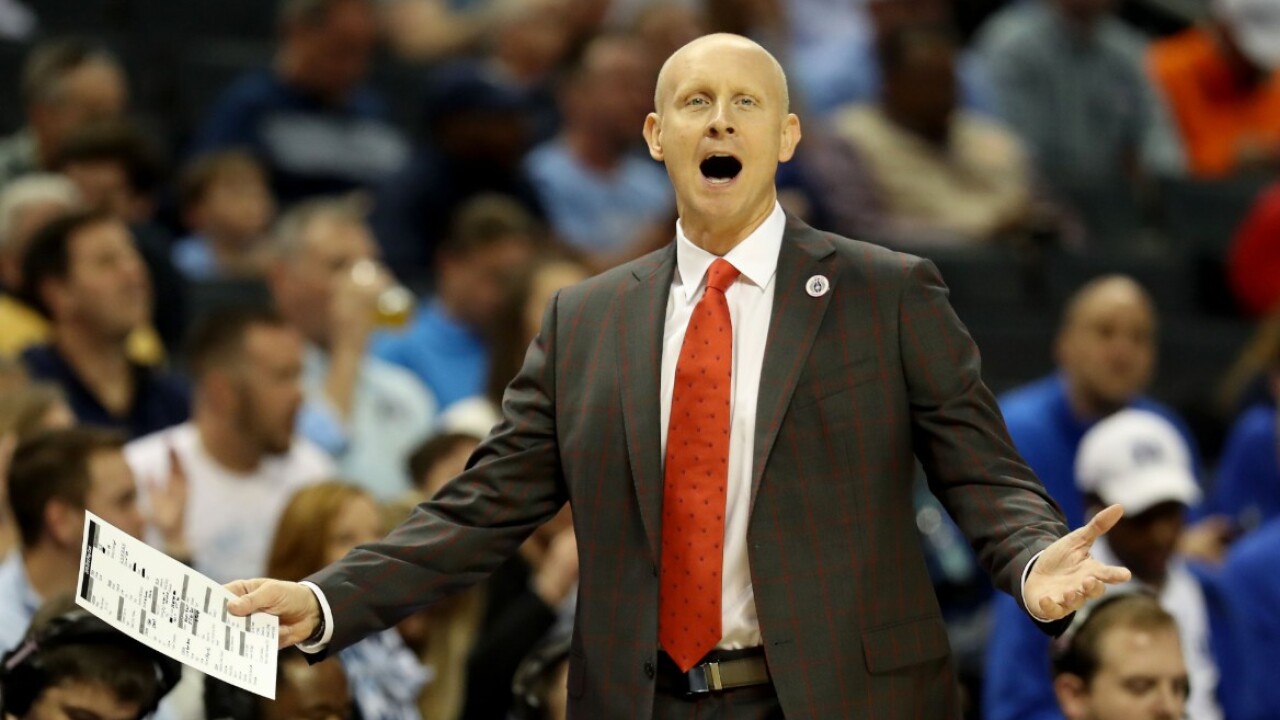 LOUISVILLE — University of Louisville coach Chris Mack said he isn’t buying the hype. He’s making sure the No. 5 Cardinals don’t, either.

He wants his players to know it is up to them to do something buzzworthy.

In many ways Louisville did that in Mack’s first season, going from a scandal-marred program to NCAA Tournament participant. The Cardinals even upset Michigan State and North Carolina before limping down the stretch and getting bounced in the NCAA’s first round.

Mack reminds players of the early tourney exit to help maintain perspective amid the preseason noise.

“I thought we exceeded a lot of expectations,” the former Xavier coach said during the Atlantic Coast Conference’s preseason media day. “It also left a bitter taste in our mouths losing eight of the last 10, whatever it was.

“So, despite all the fanfare, all the preseason prognosticators and covers of magazines and all that stuff, I try to tell our guys: Don’t drink that poison. We haven’t done anything yet, and we’re the same team that felt as low as we did in the NCAA Tournament at the end of the year.”

The Cardinals (20-14, 10-8 ACC) plan to use the disappointing finish as motivation in building off what was supposed to be a transitional season.

They return six regulars, most notably top scorer and ACC preseason player of the year Jordan Nwora (17 points, 7.6 rebounds per game). He came back for a third season after participating in last summer’s NBA draft combine along with fellow forward Steven Enoch.

If not for a knee injury that limited the 6-foot-7, 225-pound forward in combine drills and scrimmages, Nwora might have stayed in the draft pool. Instead, he’s a key to Louisville’s quest for a deep postseason run following a breakout year on both ends of the floor.

Mack’s goal is making sure Nwora doesn’t take on too much responsibility with capable teammates such as 6-11 Malik Williams, 6-10 Enoch and 6-5 Dwayne Sutton.

“What needs to be different is we are not solely reliant on him,” the coach said of Nwora. “Not that we were a year ago. But I think when you have the ability to take over a game like he does, sometimes you’re overzealous, you’re overaggressive and he doesn’t need to be.”

Other things to watch in Louisville’s season:

The Cardinals won’t be at full strength until January as Johnson and Williams recover from offseason injuries. Williams underwent foot surgery in September and could return early next month. Johnson had July shoulder surgery that’s expected to sideline him four to six months. Freshman forward Quinn Slazinski is recovering from appendicitis.

Junior guard Darius Perry acknowledges struggling to learn Mack’s system before figuring it out late last season as a reserve. He improved during the offseason and could have more responsibility now that he has a better grasp.

“I wasn’t sure what shots I was supposed to take or what he wanted me to actually do defensively sometimes,” Perry said. “This year, I think I’m almost 100% any time I’m on the floor.”

Guard Lamarr “Fresh” Kimball was a three-time captain at St. Joseph’s before arriving in Louisville as a graduate transfer. He averaged 11.4 points and 3.2 assists per game with the Hawks, including a career-best 15.6 points last season. The projected point guard follows Christen Cunningham, another grad transfer who was the Cardinals’ floor general last year.

The “Dunking Cardinal” logo featured during Louisville’s old glory days is back as the center court logo at the team’s KFC Yum! Center arena. The baseline design on Denny Crum Court also pays homage to the old scorer’s table signage from Freedom Hall along with the fleur de lis pattern in the corners honoring the city flag.

Louisville opens on Nov. 5 with an ACC matchup at Miami (Florida), its earliest opener in school history. Pittsburgh visits on Dec. 6 in another ACC game. The Cardinals’ non-conference schedule includes Michigan, NCAA runner-up Texas Tech and their annual rivalry showdown at rival and No. 2 Kentucky on Dec. 28.