Clemson and Ohio State get CFP rematch in Sugar Bowl 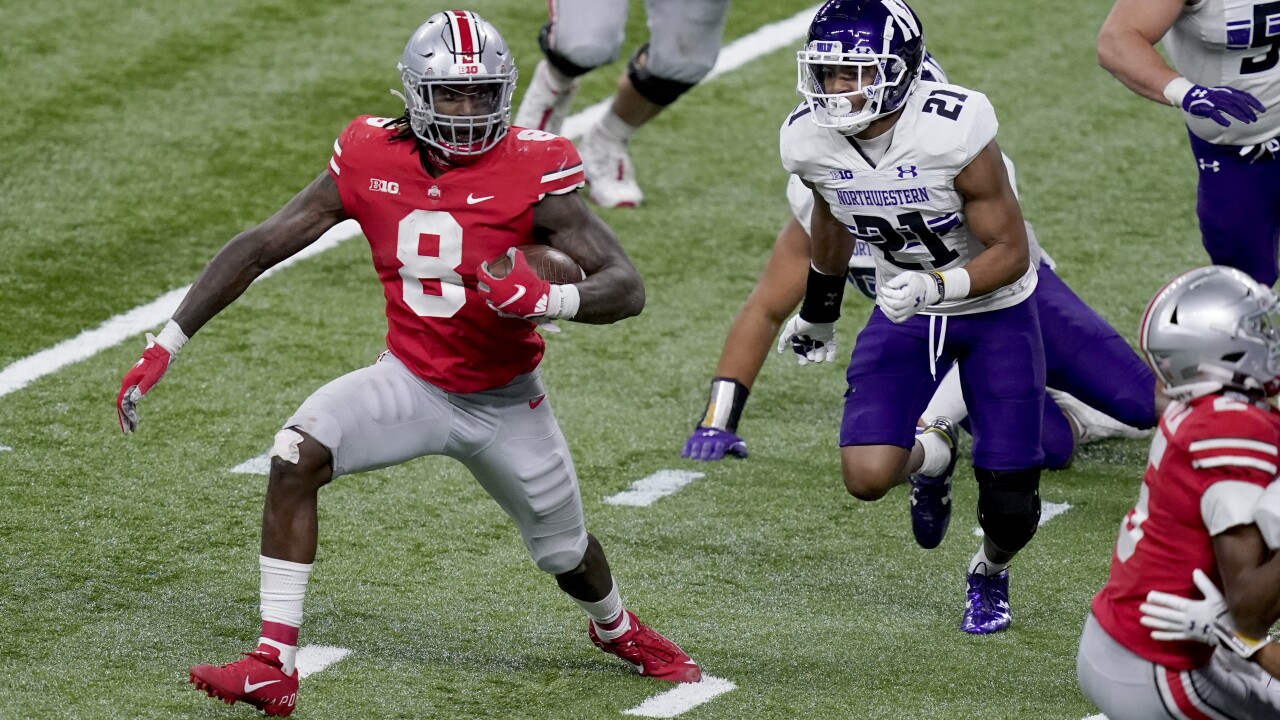 COLUMBUS, Ohio (AP) — Shortened schedule and all, Ohio State is headed back to the College Football Playoff and a familiar foe will be waiting.

Despite playing just six games because of a COVID-19 issues, the third-ranked Buckeyes were picked as the No. 3 seed Sunday by the CFP and will face No. 2 Clemson in the Sugar Bowl on New Year’s Day.

The pairing by the CFP selection committee sets up a rematch of last year’s semifinal in the Fiesta Bowl. Clemson’s Trevor Lawrence bested Justin Fields and the Buckeyes in that one, 29-23. Both quarterbacks, potential Heisman Trophy candidates, will be back for the grudge match in New Orleans.

The playoff committee picked Ohio State (6-0) despite the Big Ten’s pandemic-delayed season and the Buckeyes having three scheduled games wiped out because of outbreaks.

Committee chair Gary Barta said the Buckeyes deserved to be No. 3 because they were undefeated, beat two ranked teams (Indiana and Northwestern) and won the Big Ten championship game over the Wildcats. The Big Ten changed a six-game minimum rule so the Buckeyes could play for the conference title.

Barta, the Iowa athletic director, said “there was no dissension in the room” over putting Ohio State in.

Clemson coach Dabo Sweeney said he wasn’t surprised Ohio State got in with fewer games “because that’s what the committee has demonstrated over the past few weeks. That’s a decision the committee made. We all know Ohio State is an incredibly talented team.”

The loss to Clemson in the playoff last year landed hard and lingered for the Buckeyes, Ohio State coach Ryan Day said on ESPN. The Buckeyes are happy for a chance to avenge it.

“We’re going to have to play our best game of the season, which I’m not sure we’ve quite played yet,” Day said. “There’s just been so many things, so many disruptions that have happened for us this year, but we’re really hoping to get everyone healthy and get everybody in one piece here as we go play this game.”

If the Big Ten reduces the COVID-19 return-to-play timeline from 21 days to 17 days, Day said, “a good amount” of the players who were unavailable for the Big Ten championship game will be able to come back for the Jan. 1 semifinal. Among the missing on Saturday were leading receiver Chris Olave and starting linebacker Baron Browning.

Clemson landed the No. 2 spot after beating Notre Dame in the ACC championship game, the sixth straight conference title for the Tigers. The Fighting Irish had been No. 2 in the CFP rankings for a month and entered the game undefeated with a victory over Clemson already in the bank.

The rematch was a 34-10 blowout with quarterback Trevor Lawrence back behind center for Clemson after missing the earlier game with COVID-19.

Day has said repeatedly he thinks his team is stronger for the adversity brought by the pandemic. There were stops and starts dictated by the Big Ten, sequestration, constant testing, canceled games and then being without key players who tested positive days before games.

“There was a time when we didn’t have anything, we didn’t have a season,” Day said. “And here we are, ranked No. 3 going into CFP. And so it’s been kind of that way all year. You talk about anxiety. It’s been anxiety for a long time.”

Buckeyes quarterback Justin Fields hurt his thumb late in the fourth quarter of Saturday’s game and it obviously affected his throwing late. Afterward, he said he thought it was sprained and that he should be OK for the bowl game. He finished with his worst passing game of the season, going 12 for 27 for 114 yards and two interceptions. Running back Master Teague III left the game with an injury, leading to a breakout day for Trey Sermon, who ran for a school-record 331 yards and two touchdowns.

Clemson is seeking its third national championship in the CFP era. It’ll be different this time with less than two weeks between the conference championship game and the semifinal.

“We play in 12 days. We’ve got 11 days to get ready,” Sweeney said on ESPN. “Normally we would be off a week after the ACC championship game and then probably have three or so weeks to get ready. So we just treat it like an open date and get ready, Maximize your time.”