Cincinnati Gardens letters are on display outside the American Sign Museum 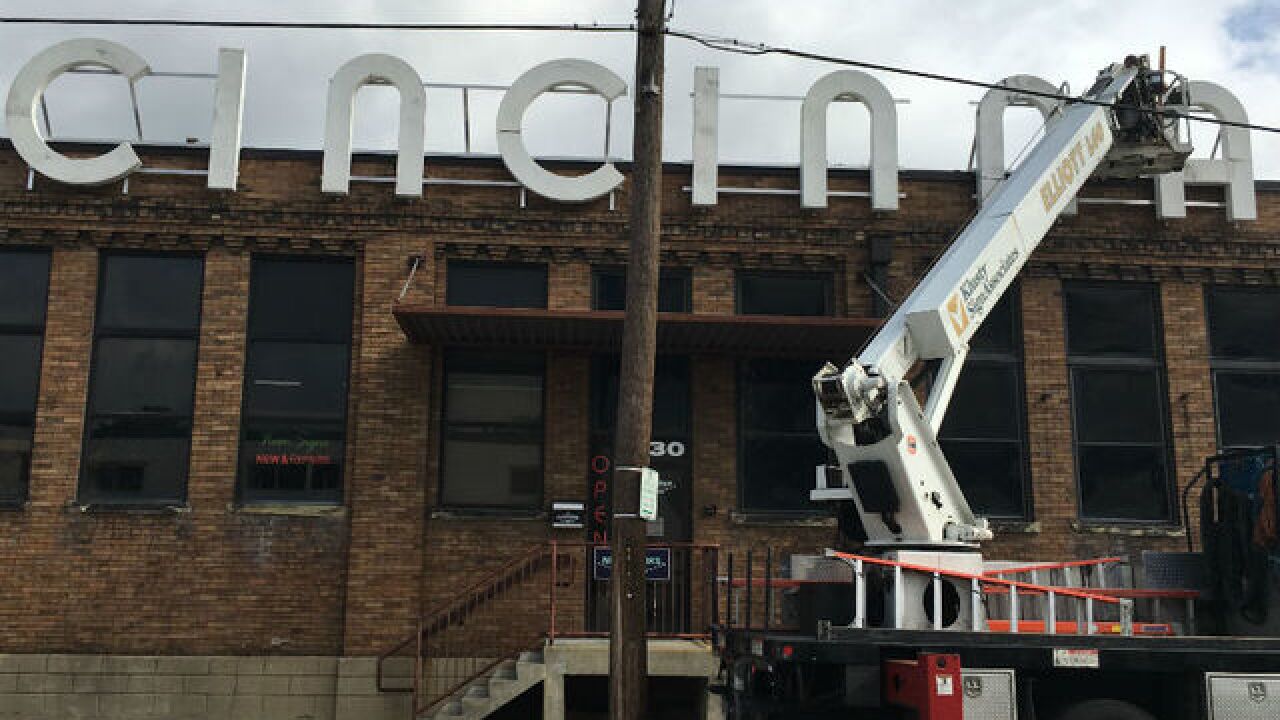 CINCINNATI – The Cincinnati Gardens’ letters have a new home and are on public display once again.

The American Sign Museum installed the exterior letters at its location facing Monmouth Avenue in Camp Washington this week. The letters were donated by the Greater Cincinnati Redevelopment Authority in December 2017.

Tod Swormstedt, President and Founder of the museum, said Klusty Sign Associates staged the installation Thursday and Friday last week but decided not to place the letters at the start of this week because it rained Monday.

The letters were all installed Tuesday. Klusty Sign Associates was responsible for the installation and engineering. The lead installer was Matt Duesing along with assistance from John Gilligan and Zach Hamby.

Swormstedt said Greg Morgan of Compfab was in charge of the sign frame fabrication.

WCPO reported in January the American Sign Museum received a grant for approximately $15,000 for installation of the signature letters. The demolition of the Gardens started in March and was mostly completed by May.

The letters had adorned the main entrance of the Gardens for likely more than 50 years. The Gardens opened in February 1949.

The letters saw countless events at the Gardens – from sporting events, concerts, political rallies and much more. They look like what appeared on the building during the Beatles concert Aug. 27, 1964 above a marquee “Beatles Tonite Sold Out.”

Hamilton County Auditor Dusty Rhodes, a former radio disc jockey who helped bring the Beatles to the Gardens for a concert in 1964, told WCPO in November he couldn't say for sure but that the letters looked like the Gardens he remembered.

In previous decades, the Gardens staff previously would power wash the letters every year using a ladder, hose and a high-powered compressor.

There had been variations of a main exterior sign (or no visible main sign) prior to the early 1960s. In 1960, the main Gardens’ sign had an NBA logo and mentioned it was home to the Cincinnati Royals basketball team.