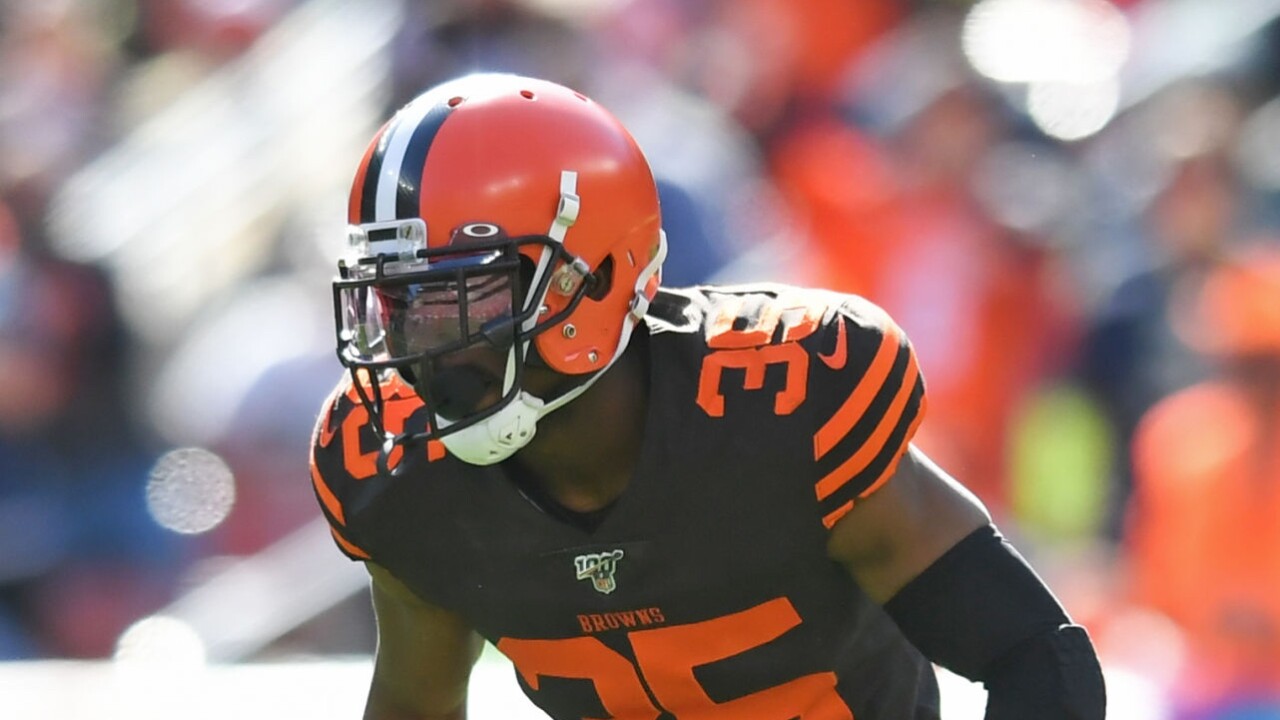 Copyright 2019 by Getty Images
2019 Nick Cammett
CLEVELAND, OH - OCTOBER 13, 2019: Defensive back Jermaine Whitehead #35 of the Cleveland Browns waits for the snap in the second quarter of a game against the Seattle Seahawks on October 13, 2019 at FirstEnergy Stadium in Cleveland, Ohio. Seattle won 32-28.

The Browns cut the safety Monday, hours after the team reprimanded Whitehead for "totally unacceptable and highly inappropriate behavior" following a 24-19 loss to the Denver Broncos on Sunday.

Whitehead made several threatening and expletive-laden posts on Twitter while still in uniform following Cleveland's fourth straight loss. One of Whitehead's tweets was directed at Dustin Fox, a former NFL player who works for the team's radio network. Fox had sent an earlier tweet criticizing Whitehead's tackling.

Twitter suspended Whitehead's account and the team released a statement after it became aware of his postings.

"Jermaine Whitehead's social media posts following today's game were totally unacceptable and highly inappropriate," the Browns said in a statement. "We immediately spoke with Jermaine upon learning of these comments. The Browns in no way condone that type of language or behavior. This matter will be further addressed internally."

Whitehead started the game in place of safety Damarious Randall, who missed his second straight game because of a hamstring injury. Whitehead missed tackles on two big plays by the Broncos.

He declined an interview request following the game and then went on Instagram to voice his frustration.

"Crazy world. They line it up and say anything in the book too you," he wrote. "They tell you take the high road, when yo whole life you was taught to meet fire with fire. I do apologize for my performance, but having a broke hand and a strong fear of letting my team down is my downfall.

"Whatever happens happens. Ain trippin. They probably gone still talk crazy but this me getting smoke off my chest. I don't need one like.. this from me to me! Keep ya head up homie." He then added crudely that "nobody" can intimidate him: "I dare em to try."

Whitehead was in his second season with Cleveland. The Browns signed him last year after he was waived by the Green Bay Packers two days after he was ejected for throwing a punch against New England.