Mitchell vs. Mitchell — the struggle to gain self-confidence and get out of her own head 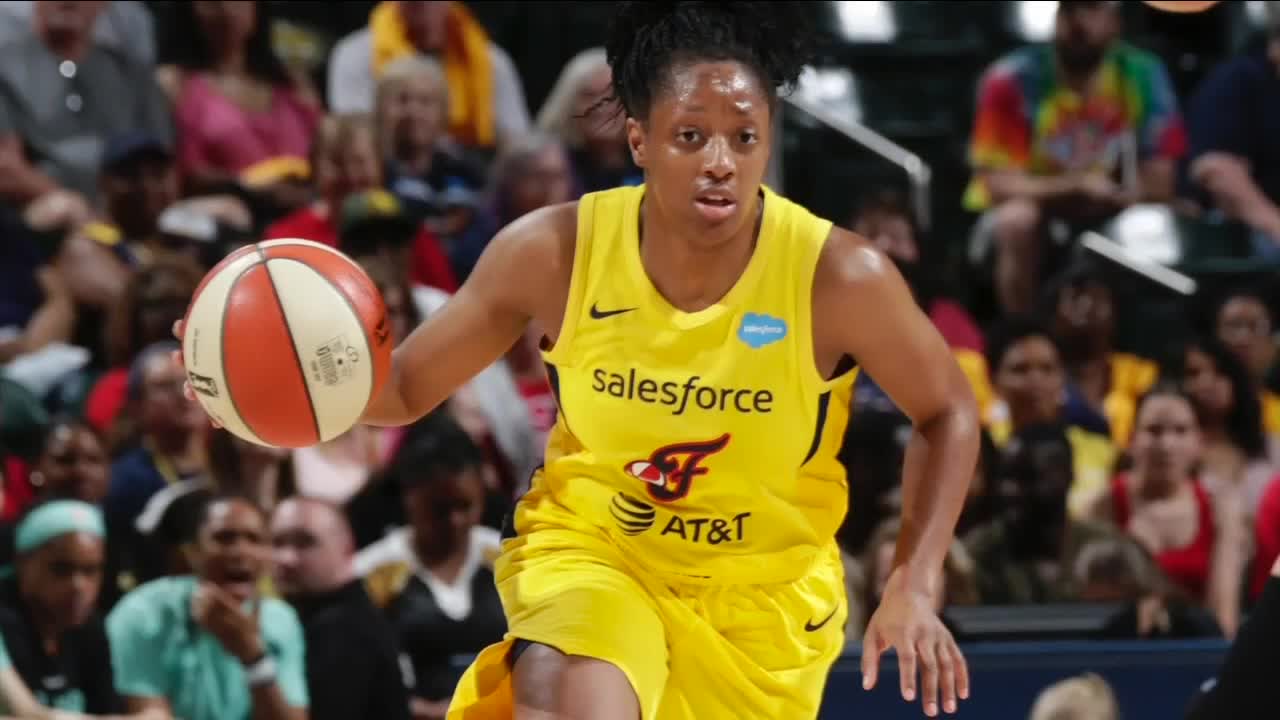 “This is a big year for her," coach Marianne Stanley said. "Lot of expectations from her rookie season. Time for her to settle in, get comfortable that we can count on.”

The Indiana Fever were anxious to join the rest of their WNBA counterparts down in Bradenton, Florida, for the start of the 2020 season. But before Kelsey Mitchell and her teammates could board, they learned their flight was delayed for the most 2020 of reasons — the coronavirus. Two of Mitchell’s teammates tested positive, and they’d have to wait a week before they would make the trip.

Mitchell, the Princeton and Ohio State legend, packed lightly: One bag for shoes and another for clothes. She didn’t bring any baggage from last season.

“(It was the) first time where it was a huge shift of discomfort,” Mitchell said. “A lot of times could bounce back to what needs to happen to make an impact on the game. Now I'm taking on a totally different journey.”

2019 was an ego trip for Mitchell, the second all-time leading scorer in NCAA history. She lost her starting spot with the Fever but made nine three-pointers in the season finale, a league record.

2020 will be the ultimate game of one-on-one: Kelsey vs. Herself. Fever great and general manger Tamika Catchings has watched Kelsey wage that war.

Marianne Stanley took over the Fever during the offseason. She’s excited to coach Mitchell, the No. 2 pick of the 2018 WNBA draft.

“I’m most interested in her being a consistent go-to scoring guard for us,” Stanley said. “This is a big year for her. Lot of expectations from her rookie season. Time for her to settle in, get comfortable that we can count on.”

Before Colin Kaepernick took a knee, it was the WNBA, a league raised on the legs of Black women, who first captained the fight for racial equality. It's sewn into the fabric of the group, quite literally — the franchises will wear Black Lives Matter warm-up gear when the league returns in late July.

“We’ve experienced so many things as far as discrimination, be they racial or gender,” Mitchell said. “A lot of times, we're overlooked, and people don't realize we have the most to offer. To have them understand it doesn't just happen to the Black man, it also happens to the Black woman.

“Our culture has become tired of it. Can’t expect us to shut up and dribble or run a football or hit a baseball. It’s fine when we’re dribbling, but the moment we try to advocate for change, it’s different. You have to make yourself a little uncomfortable. I think a lot of people are cool with that. Make yourself uncomfortable by expressing some change.”

Most of the world saw its daily routine rocked by the coronavirus, but not Mitchell. She’s a homebody who was already accustomed to staying in.

“When (the coronavirus) happened, I was like ‘Why isn’t it affecting me?'” Mitchell said. “My mom said, 'You don’t do anything. You don’t go anywhere.' And that’s true.”

Mitchell still sought improvement away from the court during the WNBA’s hiatus. She's in grad school at UC, where she studies sports administration, and hosts a web series called "The Playa's Club." Guest have included MaCio Teague, the former Walnut Hills star, and Semaj Christon, who played at Xavier and the NBA.

“The more people I played with, and me talking to them on and off the floor, you actually build relationships with them,” Mitchell said. “We listen to each others' stories and see how they intertwine and how effective they are at impacting change. It’s like talking in the locker room.”

And she's trying to enter the upcoming season with that positivity in mind, she added. Less stress, less fear, less bouncing off the walls of her own head.

“Just trying to have fun with it. Think I lose sight of that a lot. Huge reason my seasons in the past have been up and down,” Mitchell said. “If I can just find a way to let the game play for itself, I'll be fine.”