Warriors take Jacob Evans with 28th pick of the first round 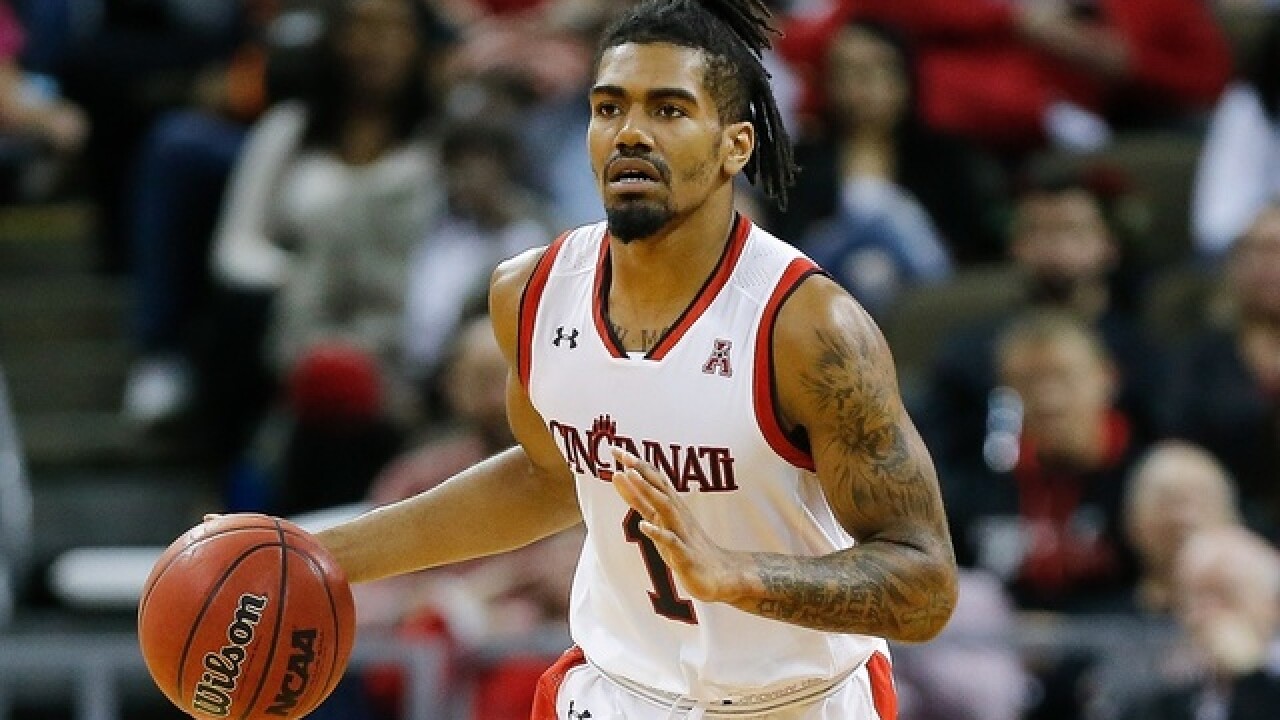 Copyright 2018 Scripps Media, Inc. All rights reserved. This material may not be published, broadcast, rewritten, or redistributed.
Michael Reaves
<p>HIGHLAND HEIGHTS, KY - FEBRUARY 25: Jacob Evans #1 of the Cincinnati Bearcats dribbles with the ball against the Tulsa Golden Hurricane at BB&T Arena on February 25, 2018 in Highland Heights, Kentucky. (Photo by Michael Reaves/Getty Images)</p>

OAKLAND, Calif. — Jacob Evans drew the attention of the Golden State Warriors as much for his defense as his versatility.

“He’s a serious player,” Warriors GM Bob Myers said Thursday night after making the 6-foot-6 Cincinnati wing player their first-round pick with the 28th overall selection. “He’s defensive-minded. He has a knack for it and a nose for rebounds.”

Evans worked out twice for the Warriors, once on the day of the championship parade and again on Wednesday. He was one of many wing players taken in the first round.

“He’s that kind of a modern NBA player who is versatile and tough,” Myers said. “He fits a lot of things we do. That’s an area we don’t have a lot of depth.”

Evans is the first Bearcat drafted in the opening round since Jason Maxiell was chosen by the Detroit Pistons as the 26th pick in the 2005 draft, according to UC's Sports Information Office.

“I believed Jacob Evans was a pro the very first time I saw him play,” UC head coach Mick Cronin said. “We all know how valuable he was to our success, but what some may not know is what a wonderful young man Jacob is.  He was one of the smartest players I have ever coached. We take great pride in developing our players and Jacob is a great example what can happen for a young man with talent and a great attitude. We are so proud and extremely excited for him to join the World Champions.”

Evans, named first team all-AAC, finished his career with the Bearcats with a 37.7 3-point shooting percentage, fifth in school history.

His mother, Theresa Chatman-Evans, was a point guard at Grambling.

“When our pick came up it was clear it would be him,” Myers said. “There were a lot of wings taken and we had him rated higher than where he went.”

The two-time defending NBA champion Warriors’ brass considered a number of similar players that may have been available. They wanted to draft someone who could step in and play 10 minutes a game while giving the team depth on the perimeter.

“I think we got that guy, I don’t know,” Myers said. “He’s all business and he seems willing to work. He knows how to play basketball.”

With a host of All-Stars already on the roster, Golden State had the luxury of looking for a specific position. Evans fit the bill.

Draymond Green spent a lot of time with the draft preparation and sat in on Evans’ workouts. He stayed for the draft and spoke with Evans after he was drafted.

The Warriors didn’t have a second-round pick Thursday after trading it to the Denver Nuggets five years ago for Andre Iguodala.

Myers said he tried to work out a deal for another pick in the second round.

“We tried. We were pretty aggressive,” Myers said. “A couple of different times we thought things would work out but then the player would get drafted. We were being selective.”

With little room on the roster, Myers said he was happy with the way things worked out.

“Depending on (Patrick) McCaw and (Kevon) Looney, we don’t have a lot of room on the roster,” he said. “It’s not like we have six roster spots open.”