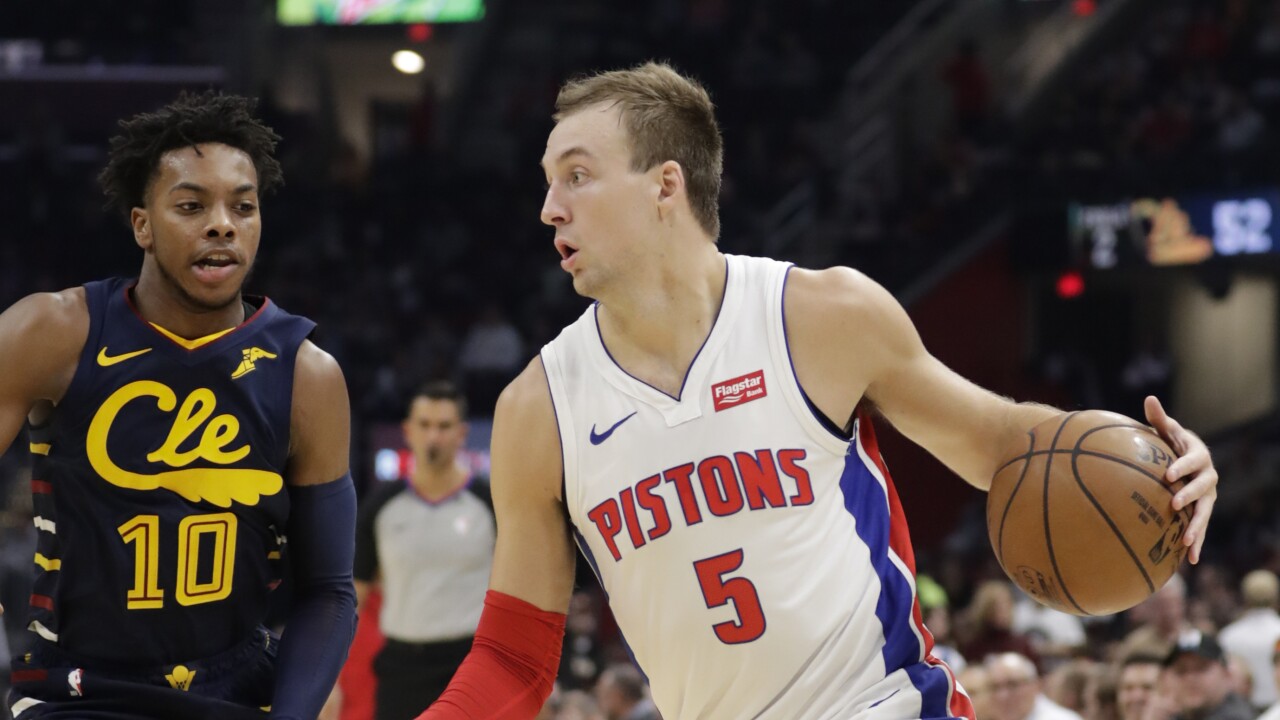 (Copyright 2020 The Associated Press. All rights reserved. This material may not be published, broadcast, rewritten or redistributed.)
Tony Dejak/AP
Detroit Pistons' Luke Kennard (5) drives against Cleveland Cavaliers' Darius Garland (10) in the second half of an NBA basketball game, Tuesday, Dec. 3, 2019, in Cleveland. (AP Photo/Tony Dejak)

The Pistons traded 23-year-old Kennard to the Clippers for the No. 19 pick in the 2020 NBA Draft, landing Villanova’s Saddiq Bey on Wednesday night.

Detroit selected the Franklin High School graduate and Duke alum with the No. 12 pick in 2017.

In his last of three seasons with Detroit, he logged 15.8 points per game and shot 44% of field goals.

The McDonald’s All-American and two-time Ohio Mr. Basketball winner led Duke in scoring with an average of 19.5 points while shooting 49% from the floor in his last collegiate season.