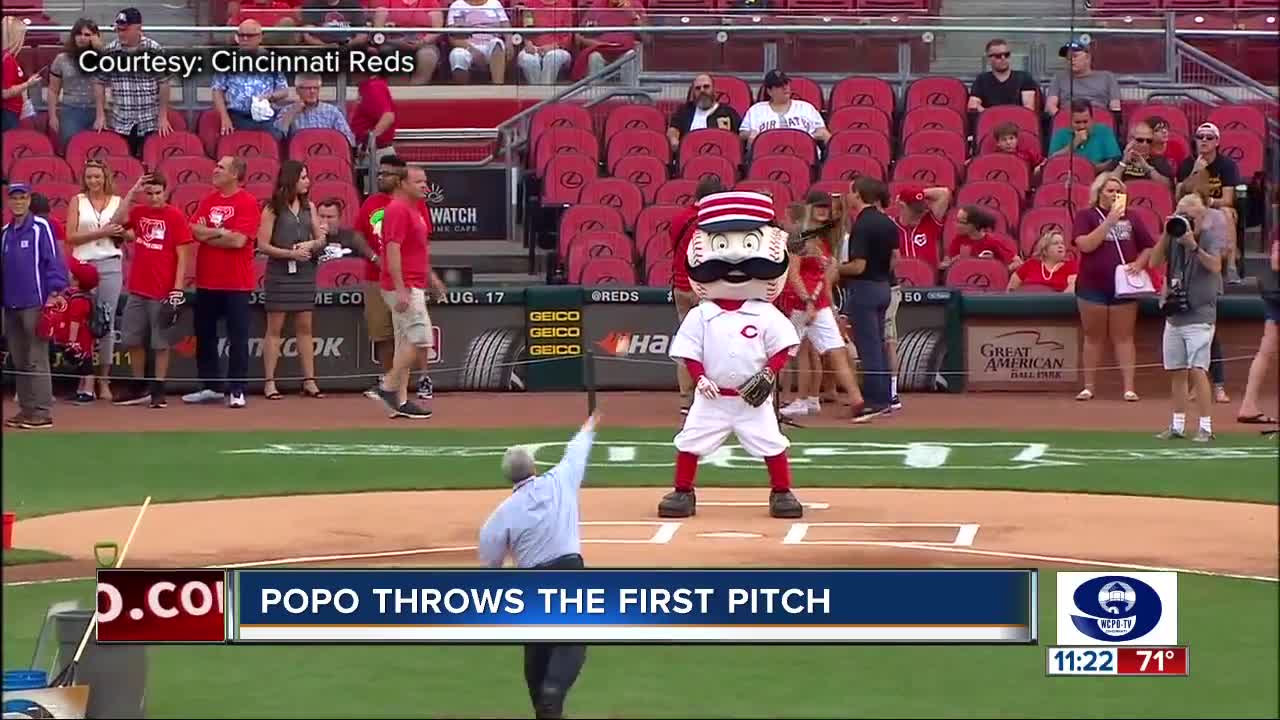 WCPO Sports Director John Popovich threw the ceremonial first pitch before the Reds-Pirates game Monday night in honor of his support of the Kid Glove Game.

Popovich, who celebrated his 40th year with WCPO last week, gave it a half windup and threw it "right down Broadway," to borrow a phrase from Reds broadcaster Jeff Brantley.

OK, maybe it just crossed the plate before bouncing into Mr. Redlegs' glove. Any good hitter would have swung at it and missed.

"I think they moved that home plate back a little bit. It's like 70 feet now," Popovich joked on the set with co-anchors Tanya O'Rourke and Craig McKee during the 11 p.m. newscast.

"John Popovich, you're no Mark Mallory, but I'll tell you what - you know how to throw a pitch across the plate," O'Rourke said, referring to the former Cincinnati mayor whose Opening Day first pitch in 2007 missed home plate by 20 feet.

More than $10 million has been raised since the Reds and Detroit Tigers played the first Kid Glove Game in 1949.