Votto: Sorry for comments after Paxton's no-hitter in Canada 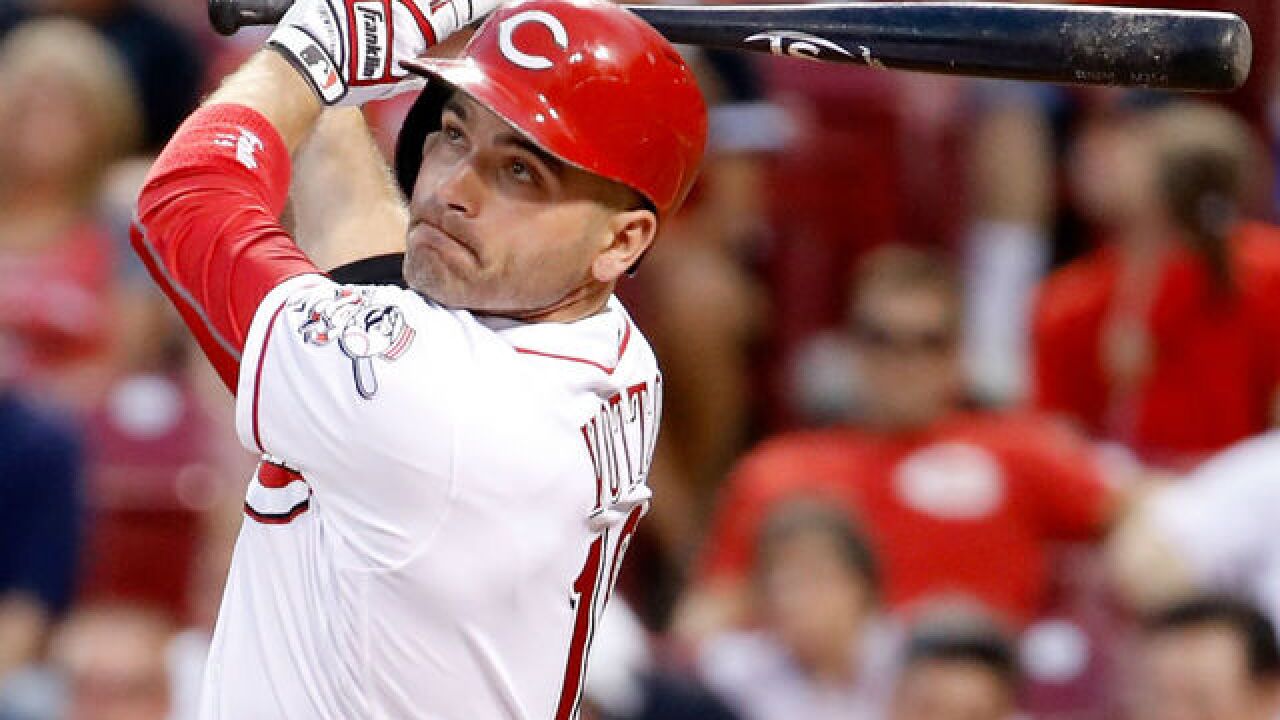 Image copyright 2017 Getty Images. All rights reserved. This material may not be published, broadcast, rewritten, or redistributed.
Andy Lyons | Getty Images
<p>Joey Votto of the Cincinnati Reds hits a double in the 4th inning against the New York Mets at Great American Ball Park on Aug. 30, 2017 in Cincinnati, Ohio. </p>

Votto talked about Paxton's feat for the Mariners against the Blue Jays in Toronto in a Yahoo Sports podcast. The 2010 NL MVP responded that "As far as Toronto, and Canadian baseball, and the country of Canada, and (Paxton) being Canadian, I don't care at all."

The Toronto native said he is "terribly ashamed" of his comments and called them "ridiculously selfish and short-sighted" in an email posted on the Canadian Baseball Network website.

Votto said the question brought back feelings of resentment over not making Team Canada or being drafted by the Blue Jays. Votto played for Canada at the 2009 and 2013 World Baseball Classics.