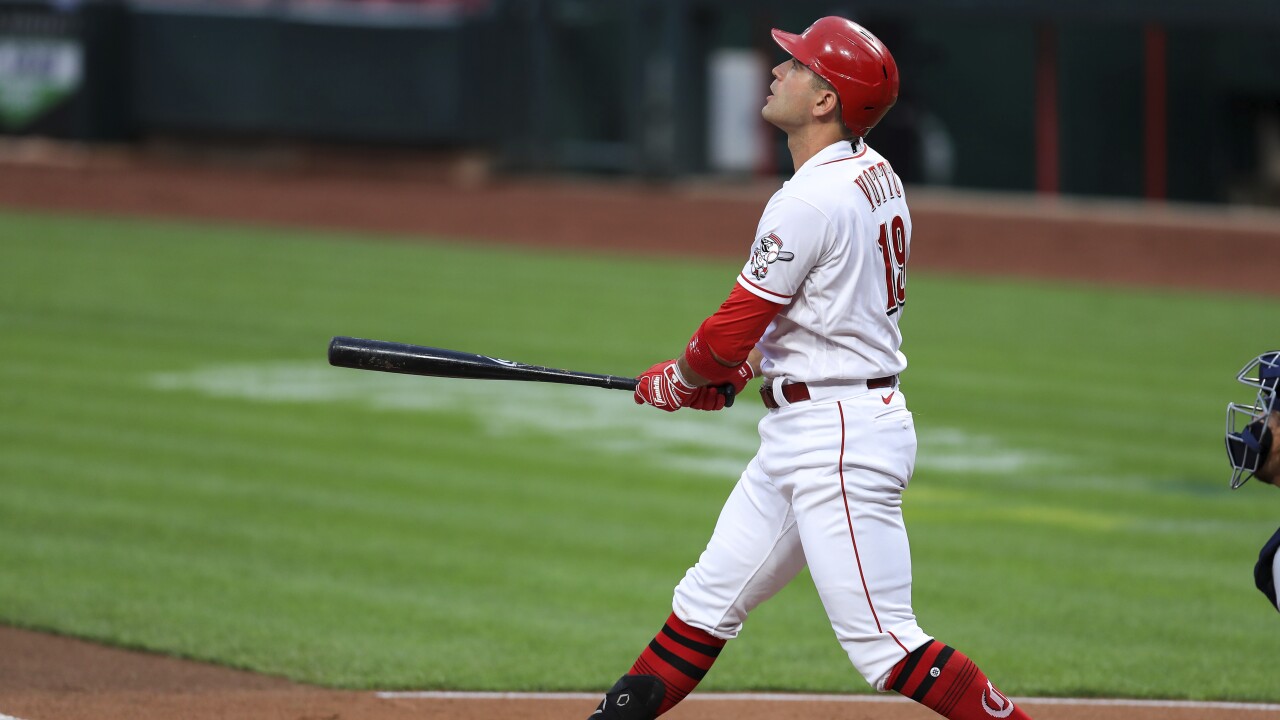 CINCINNATI (AP) — Joey Votto homered for his first hit all season against Milwaukee, Trevor Bauer dominated on short rest, and the Cincinnati Reds won a pivotal series for playoff contention, beating the Brewers 6-1 on Wednesday night.

The Reds are in position for a wild-card playoff berth after taking two of three from their NL Central rival. Cincinnati has won nine of 11, its best streak of the season, to get a shot at its first playoff appearance since 2013 under manager Dusty Baker.

Reflecting the urgency of winning the final game of the series, Cincinnati had Bauer (5-4) pitch on three days’ rest. He allowed four hits and struck out 12 in eight innings, and left with a major league-best 1.73 ERA.

After a day off Thursday, Cincinnati finishes with three games in Minnesota and a chance to clinch a spot.

For Milwaukee, it was a disappointing start to a challenging final week on the road. The Brewers fell a game behind the Reds and now head to St. Louis, where they’ll play five games in four days with a doubleheader on Friday.

The Reds’ homer-reliant offense made the difference.

Votto was 0 for 22 against Milwaukee this season when he connected in the first inning off Adrian Houser (1-6) for a 2-0 lead. Jesse Winker added a solo homer off Houser, who is 0-6 with a 6.70 ERA in his last nine starts.

The Reds pulled away with the help of an error in the fifth. Nick Castellanos reached on second baseman Keston Hiura’s off-target throw. Alex Claudio relieved and walked Votto, and Eugenio Suárez hit his 15th homer for a 6-1 lead.

The Brewers came up on the short end of two video replays. Avisail Garcia opened the game with a walk and was ruled safe on an attempted steal of second, but was called out on review. Hiura hit a fly that hooked foul at the left field pole in the fifth inning, a call that was upheld on replay. Hiura struck out on the next pitch.

Brewers: Ryan Braun got a day off as he continues to deal with a sore back. He was the DH and played right field in the first two games of the series, going 0 for 7 with three strikeouts.

Reds: LH Wade Miley was activated off the 10-day injured list. He’d been out since Aug. 28 with a strained pitching shoulder. Miley pitched the eighth and gave up one hit. The Reds plan to use him out of the bullpen the rest of the way.

Reds: Tyler Mahle (2-2) is expected to pitch the opener in Minnesota.