Tucker Barnhart saves his best game for one of Reds' worst 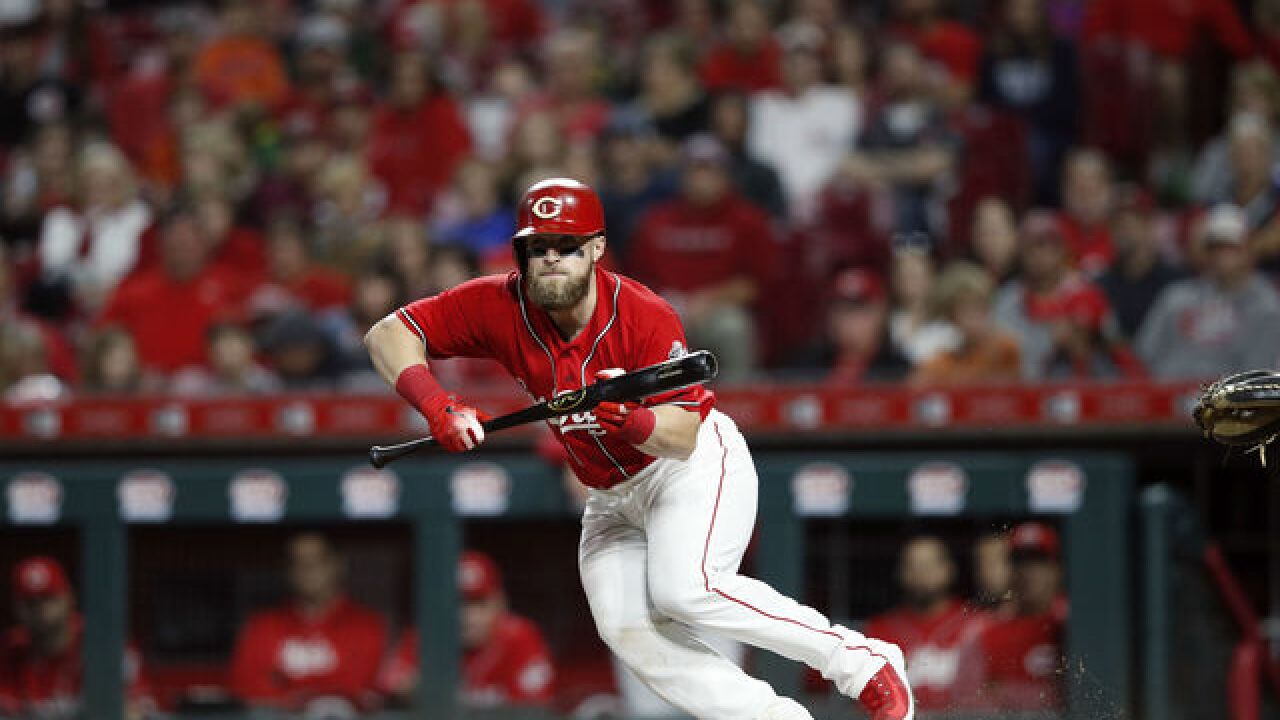 Image copyright 2018 Getty Images. All rights reserved. This material may not be published, broadcast, rewritten, or redistributed.
<p>Tucker Barnhart bunts for a single against the Pirates Friday night.</p>

CINCINNATI  — Except for Tucker Barnhart, the Reds started their last weekend of the season with a whimper, not a bang.

Barnhart had a career-high five hits, including a two-run home run, a triple and a bunt single, but the Reds took their sixth straight loss Friday night, 8-4, to the Pirates.

"It stinks that we lost, but that's a night you won't forget," Barnhart said.

Eugenio Suarez hit a two-run homer, his 33rd but his first since Sept. 10. Otherwise, the  last-place Reds left 13 runners on base en route to their 94th loss, matching their total of the past two seasons. They have a 3-14 record against the Pirates this year.

"Pittsburgh's been rough on us," interim manager Jim Riggleman said.

The Reds are 63-79 since April 19, when Bryan Price was fired and Riggleman took over on an interim basis. He's one of the candidates under consideration for the job moving ahead.

With two games to go, the Reds have dropped 11 of their last 14. They've dropped at least 90 games in four straight seasons, one shy of the club record from 1930-34.

Reds: Michael Lorenzen (3-2) makes his third straight start after pitching in relief in 42 appearances this season, part of the Reds' experiment to sort out their pitching for next season. In his two starts, Lorenzen has given up four earned runs in eight innings.