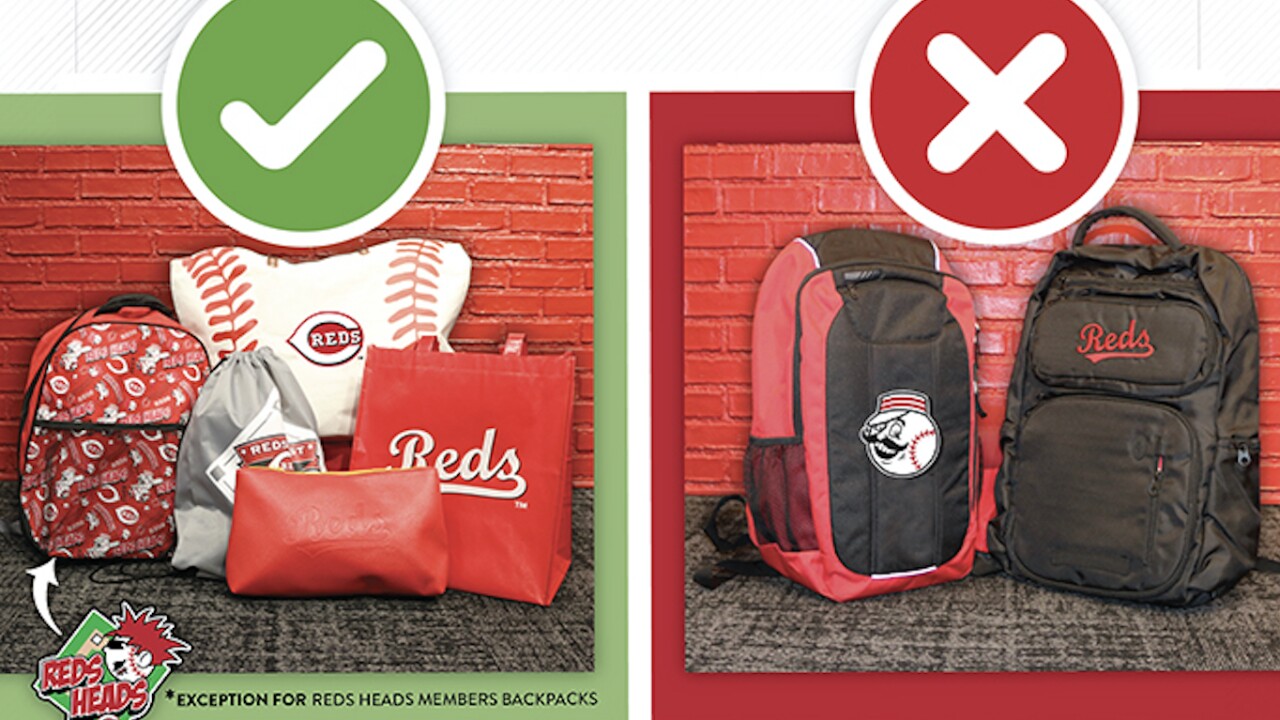 CINCINNATI — If you plan on going to a Reds game at Great American Ball Park this upcoming season, you should know about the new bag policy.

The new policy states backpacks will no longer be allowed into the ballpark starting on Opening Day. Other bags such as purses, diaper bags and even coolers no larger than 16"x16"x8" will still be allowed into GABP, but these items are still subject to being inspected when entering the ballpark.

Officials said banning backpacks will hopefully expedite the process of entering the ballpark.

"We want fans to be aware of the no backpack policy well in advance so they can plan their next trip to Great American Ball Park accordingly," Tim O’Connell, Reds Vice President of Ballpark Operations said in a news release. "The overall fan experience is always our top priority as well as the safety and security of our fans, staff and players."

You can find the new policy and a list of what you can and can't bring into the ballpark here.