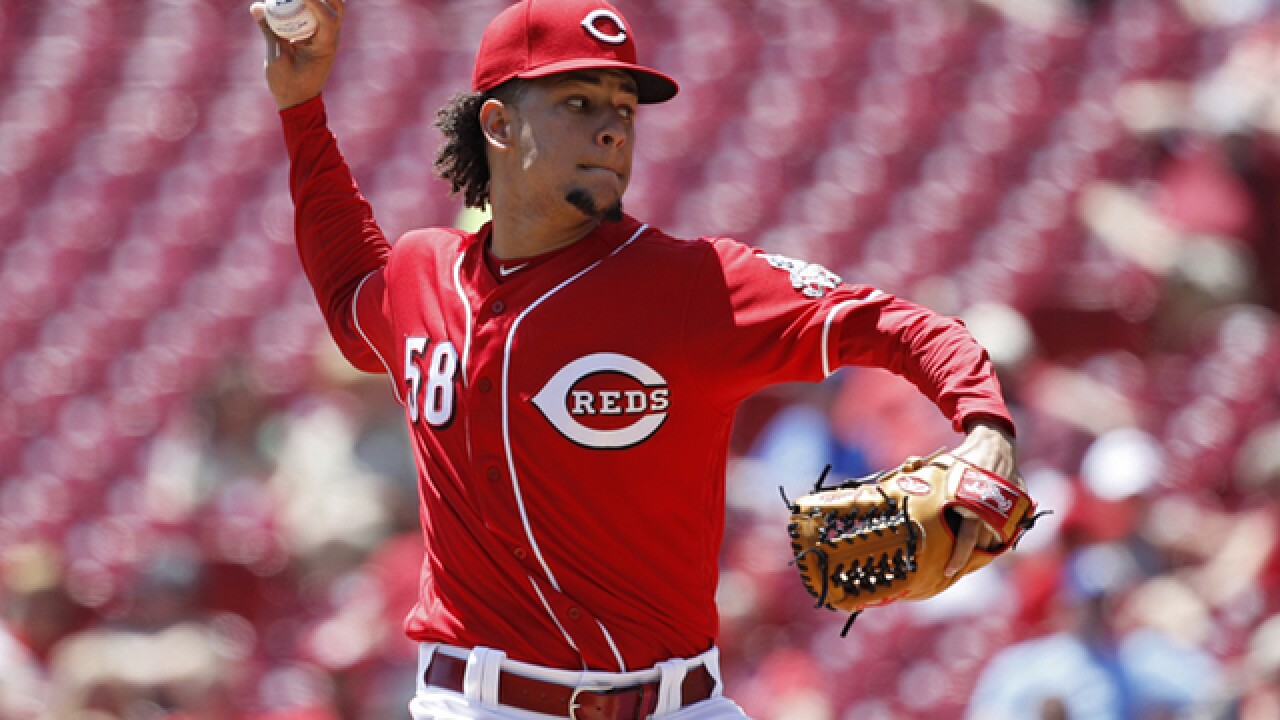 Image copyright 2018 Getty Images. All rights reserved. This material may not be published, broadcast, rewritten, or redistributed.
Joe Robbins
<p>CINCINNATI, OH - MAY 24: Luis Castillo #58 of the Cincinnati Reds pitches in the second inning against the Pittsburgh Pirates at Great American Ball Park on May 24, 2018 in Cincinnati, Ohio. (Photo by Joe Robbins/Getty Images)</p>

CINCINNATI (AP) — Eugenio Suarez hit a grand slam off Ivan Nova — who dropped his sixth straight start against Cincinnati — and Jesse Winker added a solo shot Thursday as the Reds pulled away to a 5-4 victory over the slumping Pittsburgh Pirates.

The Reds took two of three in the series, completing a 3-4 homestand. Pittsburgh has dropped five of six.

Luis Castillo (4-4) gave up four hits in six innings, including a two-run homer by David Freese. Castillo has allowed two earned runs or less in each of his last five starts.

Austin Meadows hit his second homer of the series, a two-run shot off Amir Garrett in the ninth that cut it to 5-4. Jared Hughes got the last two outs for his second save. The Reds are without closer Raisel Iglesias, who went on the 10-day disabled list Wednesday with a strained biceps in his non-throwing arm.

Nova had another tough time against the Reds, extending his streak into a new season. The right-hander lost his last start against Cincinnati in 2016 and went 0-4 in four starts last year, three of them at Great American Ball Park. He had a big role in his latest undoing.

Nova hadn't walked a batter in his last two starts, but opened the third inning by walking Castillo. He also had a throwing error on Scooter Gennett's comeback grounder that helped the Reds load the bases. Suarez hit his third career grand slam.

Winker homered in the fifth inning.

Joey Votto got a day of rest from the starting lineup, but pinch hit and drew a walk. He's 5 for 27 in his last nine games with seven strikeouts.

Sal Romano (2-5) tries to rebound from his worst start when the Reds open a three-game series in Denver. Romano gave up a career-high seven runs and six walks during a 10-0 loss to the Cubs on Saturday. The Rockies start Jon Gray (4-6).