Suarez homers early, Reds hold on for 8-6 win over Cubs 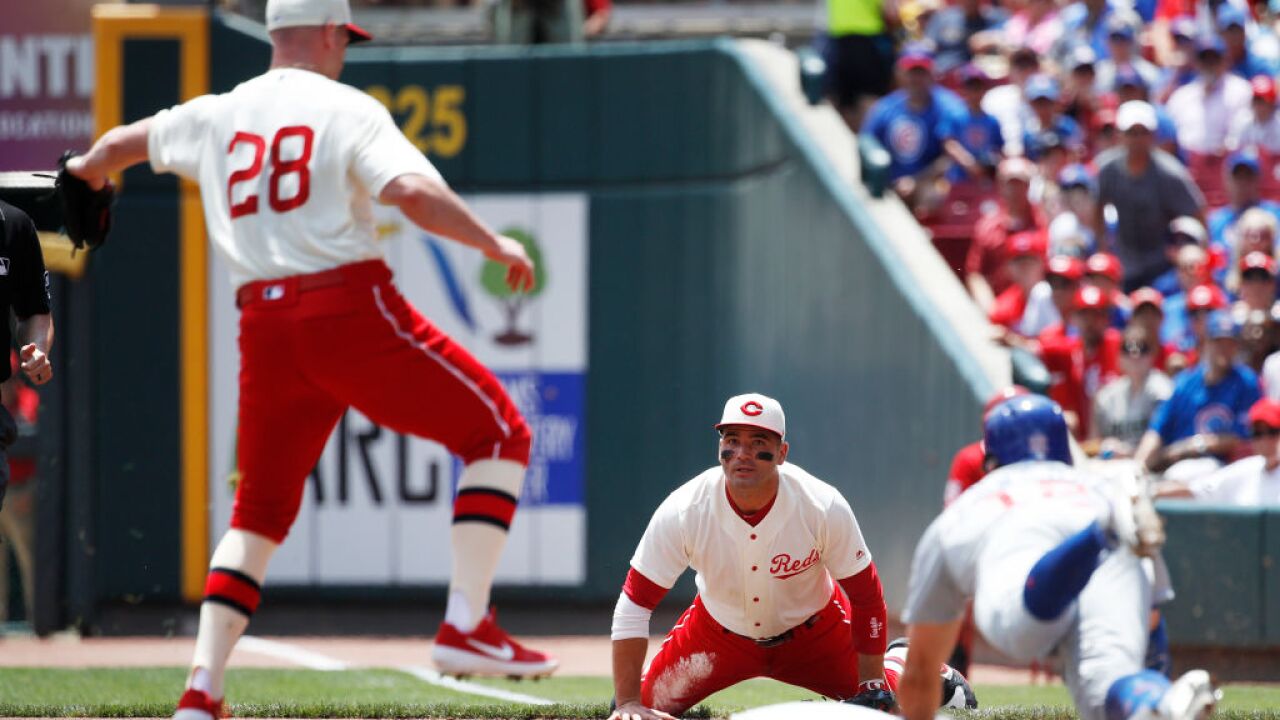 Phillip Ervin and Nick Senzel drove in two runs each, and Raisel Iglesias escaped with a six-out save despite allowing Jason Heyward's three-run homer in the ninth. Kyle Schwarber also had a late connection for the Cubs.

Yasiel Puig stole two bases a day after a shouting match with Chicago reliever Pedro Strop — Puig was upset after being hit by a 3-0 pitch. He scored after both stolen bases thanks to Ervin's singles, including one during a four-run eighth. Senzel added a two-run single during the big frame.

Suarez, hitting .155 over his previous 22 games, blasted Lester's 3-2 pitch a projected 457 feet into a party structure atop the batter's eye in the first inning. The three-run shot gave him 17 homers this season.

DeSclafani (5-4) ended his day by striking out David Bote with two runners on and celebrated with a fist pump. He struck out seven and allowed five hits and a walk.

Schwarber capped a three-run seventh with his 18th homer. Chicago got the potential go-ahead runs to second and third in the eighth before Iglesias coaxed Albert Almora Jr. into an inning-ending foul popup. Heyward's shot in the ninth cut the deficit to two, but Iglesias was able to finish his 14th save.

Cubs: SS Javier Baez was given the day off until pinch-hitting in the eighth. He has played in 82 of Chicago's 84 games. ... The Cubs are expected to activate RHP Kyle Hendricks from the 10-day injured list in time to start at Pittsburgh on Tuesday. Hendricks hasn't pitched since June 14 because of right shoulder inflammation.

Cubs: RHP Adbert Alzolay (1-0) makes his third career appearance, second start and first against the Pirates in the opener of a four-game series at Pittsburgh on Monday.

Reds: RHP Tyler Mahle (2-8) makes his third career start and first of the season against Milwaukee on Monday.